Obama still a war criminal; the empire strikes back and misses Hakeemullah again; drone hearing in Congress; and the Guardian delivers a warning 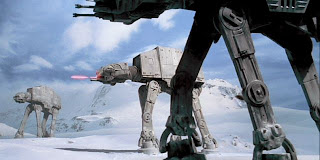 This post is for readers who thought I was making an April Fool's joke when I wrote on April 1 that President Obama should be impeached and tried for war crimes because he authorized Pakistan's government to choose targets for some CIA drone strikes in Pakistan.

Yesterday, April 28, a U.S. congressional subcommittee (National Security and Foreign Affairs Subcommittee of the House Committee on Oversight and Government Reform) held a hearing to examine the legality of the CIA's use of drones (unmanned aerial vehicles or UAVs) to fire missiles at suspected insurgents/terrorists in Pakistan and elsewhere.

(See my April 11 post, Koh silent about Obama decision to let Pakistan choose targets for U.S. drones for background on the drone issue.)

... Under the legal theories adopted by our government in prosecuting Guantánamo detainees, these CIA officers as well as any higher-level government officials who have authorized or directed their attacks are committing war crimes.” ... [1]

I didn't listen to the hearing but from the Wired report about it, I doubt Glazier touched on the specific question of Obama's authorizing the CIA to act as an assassin for another government and one that is patently a rogue regime.

Indeed, I'd be surprised if any questions or discussion during the hearing addressed the issue. My guess is that Glazier and others who testified were focused on answering questions about general issues relating to drone use.

That would certainly be the case for an American human rights attorney, Joanne Mariner, who did not testify but who drew up a list of questions she determined the House panel needed to ask about U.S. drone warfare. Her questions, posted at the legal website Find Law, are excellent, except for the glaring omission of one about a U.S. President authorizing Pakistan's government to choose CIA drone strikes.

I hasten to add that I extend the benefit of the doubt to Mariner about whether the omission means she was being generous to Obama. Given that in the United States only a handful of media outlets (The New Yorker; The Wall Street Journal; my blog and RBO, which crossposts my essays) have mentioned the specific issue, she might not know about it. Aside from the outlets I mentioned, to the best of my knowledge not one single American news program on radio or television, not one press outlet or blog, not one Member of Congress, has discussed the specific issue.

Even The Wall Street Journal report, dated March 26, 2010, does not specifically state that Obama had authorized the CIA to allow Pakistan to pick targets; it only mentioned that Obama was reviewing Pakistan's request to use the drones to target domestic enemies. Because the exact date of Obama's decision is only given as "March" 2010 by The New Yorker article, it's possible he okayed Pakistan's request after the WSJ report was published.

In any event, the dearth of public discussion about Obama's decision explains why I have little hope that the issue was explicitly raised during yesterday's hearing, or that Obama will ever be brought to trial or impeached because of a war crime.

However, I don't find it coincidental that on the same day the hearing was conducted the Guardian, a conduit for MI6 opinion, broke a story featuring an unnamed "western diplomat" and a "senior intelligence official at Pakistan's ISI spy agency. The unnamed ISI official asserted that, contrary to earlier reports, Hakeemullah Mehsud had not been killed by a U.S. drone strike in January.

The British government believes the CIA's drone strikes in Pakistan are counterproductive (a belief shared by U.S. military commanders and analysts backing the COIN approach in Afghanistan; see the New Yorker report), but because they don't want to openly confront the U.S. on the matter, I think the Guardian used mouthpieces instead of British officials:

[...] The senior official said the ISI would be "very, very willing" to play a role in negotiations with the Taliban, but only if called upon by both the Afghan and US governments. For now, he said, Pakistan's spies are "sitting on the sidelines, watching".

"There are a number of different efforts and nobody knows what anyone else is doing. It's a very fragmented effort." He added that "if it's meant to confuse the Taliban, it's working".

One stumbling block, he said, was the clashing policies of Britain and the US. "The British are more amenable to negotiations and talking," he said. "The Americans are attempting to create conditions where the Taliban will be forced to come to the table. In my opinion they will never achieve that."

A western diplomat in Islamabad said British officials were more inclined to talks than their US counterparts, but said policy had not been fixed in either country because "otherwise things would be happening".[...]

There is a good reason, in addition to the opportunity afforded by the publicity about yesterday's congressional hearing on drones, that the British government wants to bring up premature reports about Hakeemullah's death at this time. The reason has to do with the recent release of the U.N. report on Benazir Bhutto's assassination.

Pakistan's government is very bad actor; it's on par with the one in Iran, and it's been propped up by the U.S. government; this has been to the great detriment of democracy and human rights in Pakistan and the NATO war effort in Afghanistan.(2)

But even the United Nations, which has great tolerance for atrocities carried out by rogue regimes and doesn't like to cross Pakistan's government, finally had their fill. They refused to whitewash many details relating to Benazir Bhutto's assassination, and which point to ISI complicity in her death. The report is so strongly worded that Pakistan's President (who is also Bhutto's widower) tried at first to suppress its publication.

The Guardian report yesterday mentioned the U.N. findings almost in passing, but the fact that the issue was raised in a discussion of Hakeemullah surviving the U.S. drone strikes I read as a warning from the British government to the American one.

The press in Pakistan managed to downplay the issue of the ISI's stonewalling when they reported on the U.N. findings. But the United Kingdom is a small country that is very vulnerable to terrorist attacks, and which has a large community of Pakistani immigrants and Britons of Pakistani ancestry. And the U.K. press has been open about discussing the U.N. report.

The British government, which has its own history of pandering to Pakistani regimes (and the Taliban in Afghanistan) can no longer afford to be seen as giving strong support to Pakistan's regime, particularly not since the publication of the U.N. report on Bhutto's killing. If the British have to distance themselves from the United States over this matter, they will. I believe that was the message MI6 wished to convey in yesterday's Guardian report.

And as can be seen by the question about whether Hakeemullah is still alive, the CIA all too often depends on faulty or deliberately erroneous information supplied by Pakistan's military/ISI about whether a strike actually hit a presumed target.

Yet the Pakistan military and ISI are notorious for supplying wildly erroneous reports, as Long War Journal's Bill Roggio has pointed out several times and most recently yesterday:

Longtime readers of The Long War Journal know that we've been cautious about declaring Hakeemullah dead. Our sources, which have been very accurate on the subject of dead al Qaeda and Taliban leaders in the past, have been skeptical of the reports.

And the Pakistanis have a terrible track record when declaring senior terror leaders dead. The list at the last link is woefully out of date, but updating it would only reinforce the assertion that Pakistani officials have an awful accuracy rate in reporting on the deaths of top terror leaders. Other than Baitullah Mehsud [killed by a CIA drone strike] and a handful of other local, second-tier Pakistani Taliban leaders in Swat, the record has been dismal at best. One Swati Taliban leader supposedly killed in a shootout later died from cancer. [Bill dryly titled that particular post Taliban commander killed by Pakistani forces dies of cancer]

Not only do Pakistan's military and ISI suffer from an incurable case of irrational exuberance and speaking out both sides of their mouths, they are also notorious for a revolving door policy, whereby they arrest and imprison al Qaeda and Taliban fighters, then several months later report the jailbirds have somehow flown the coop.

As to whether Pakistan's government collects cash bounties from the CIA on terrorists who go through the revolving door, I do not know but it wouldn't surprise me to learn they do collect, and even collect twice if they re-arrest the same terrorists.(3)

If this is the way you like to see your taxes spent, well, what can I say? But when it comes to the point where the President of the United States puts American assassins in the service of a rogue regime it's only a matter of time before Americans have to pay a price we can't afford.

One of the reasons it's hard to get an accurate count and identification of the number of innocent civilians killed by drone strikes is that often, all that's left of the dead are a few pieces of skin and fragments of bone. That is what Pakistanis have had to bury of relatives caught in the crosshairs of the U.S. war on terror. They don't even know whether the fragments are from their relatives, but they share the fragments with other families who lost relatives in the same strike and call that a funeral.

Just so you're clear on why Hakeemullah Mehsud became an enemy of the Pakistan state I'm going to close by repeating quotes from the Indian counterterrorism expert Bahukutumbi ("B") Raman that I've featured at least once before on this blog. If the import didn't sink in the last time or two maybe it will now. Writing for Forbes in May 2009, Raman observed:

[W]hile the Pakistani Punjabi Taliban and the Neo Taliban have been in existence for over a decade, the Pakistani Pashtun Talibans are products of the commando raid into the Lal Masjid (Red Mosque) in Islamabad in July 2007, in which a large number of Pashtun tribal children, many of them girls, were killed. It was after this that tribal sirdars, including Fazlullah, Baitullah and Hakeemullah called for a jihad against the Pakistan army and the ISI in retaliation for the raid. While the TNSM has been in existence since the early 1990s, the Tehrik-e-Taliban Pakistan (TTP) was born after the Lal Masjid raid.

1) I don't want to short Glazier's remarks, so please read the Wired report for the fuller context of his remarks, which find drones a lawful weapon of war. In brief, it's the use of (CIA) civilians to carry out the drone attacks that Glazier and other legal experts find unlawful or at least open to the charge.

2) See my two 2009 Alden Pyle in Pakistan essays here and here for information about the U.S. role in Pakistan that doesn't make it into the mainstream media.

3) For information on the cash bounties and additional background on the U.S. drone warfare in Pakistan, see my November 2009 essay How the U.S. government built a perpetual-motion war machine in Afghanistan and sacrificed American values in the process.
Posted by Pundita at 4/29/2010 12:32:00 PM