Section 60, "the saddest acre in America," is the plot in Arlington National Cemetery where more than 600 Americans who sacrificed their lives in Afghanistan and Iraq are buried.

4,400 dead in the Iraq campaign. The New York Times reported on May 18 that the toll of American dead in Afghanistan passed 1,000 on that day, "after a suicide bomb in Kabul killed at least five United States service members. Having taken nearly seven years to reach the first 500 dead, the war killed the second 500 in fewer than two."

For Americans who died in wars that many in today's generation are too young to remember, it is right and necessary to mark a special day for memorializing them. For those who mourn the dead in today's war, there is no special day for remembering. 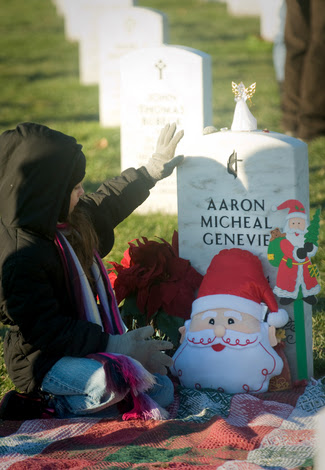