Pundita reporting from a bunker 20 clicks inside Mordor S.W. border 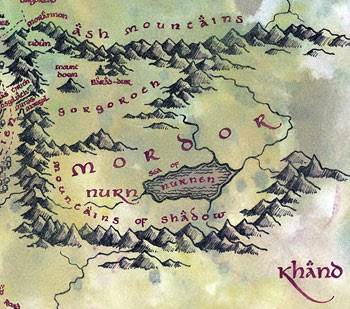 Now what did Eason Jordan tell journalists about the right way to wear a helmet? This is the neck piece, right? [screeeeeeeeee] Oh that's the comm thingy. No I don't have the flak jacket on backward. Oh I see, it's counterintuitive. Where's my camera person? Not on the management's budget, eh? [the earpiece crackles again. Pundita shouts through her comm mic at a Buzzfeed reporter 2 clicks away] Incoming!  [earpiece crackles] Well how should I know? [BOOM] Hello? Hello? I wonder if the camera person survived. But what a dumb question. If it's incoming it doesn't matter where it's coming from.

All right. There's much war news on all fronts. We'll start with the war dogs at The Wall Street Journal.

Intelligence Gap Fuels Extremist Rise in Afghanistan: Extensive spy network was anchored by bases and outposts operated by the U.S. and its NATO allies

KABUL—Fourteen years after the U.S. and its allies routed most al Qaeda militants from Afghanistan, the country is again becoming a haven for extremist groups, the result, in part, of inadequate surveillance of its far-flung territory, Afghan and Western officials say. [...]

How much intel do you need when an Afghan commander is calling you by satphone and yelling, 'We're surrounded! Here's our coordinates!  We've been surrounded for two weeks during which we've called you every five minutes to plead for air support. We're out of food, we're almost out of water and now we're out ammo! And don't tell us this is a training problem.'


At the height of their presence five years ago, the U.S. military and its allies operated 852 bases and outposts across Afghanistan, many with their own informants, drones and surveillance balloons to monitor even remote areas of the vast and rugged country.

As of September, all but about 20 of the installations that anchored the extensive intelligence-gathering network have been closed, bulldozed or handed off to the Afghan government. With large stretches of Afghanistan now regularly unmonitored, Afghan and Western officials fear that more extremists from Islamic State, al Qaeda and other militant groups could find sanctuary inside the country’s borders.

“We lost a lot of eyes and ears,” said an official with U.S.-led forces in Afghanistan. “Reporting from the provinces dried up.” [...]

What use are eyes and ears without a brain?

Let's see what's going on at FARS [taptaptaptap] Yikes! It's the Attack of the War News Reports! All right, just pick one.

The Iranians are always complaining about the Saudis -- wait, the Beeb got into the act and there's our friend CIA:

TEHRAN (FNA)- The Syrian army and the popular forces have found Saudi-supplied aid packages in the positions taken from the terrorist groups Southwest of Aleppo province, sources said.

Sources said that a large volume of aid parcels supplied by Saudi Arabia were founded in the positions of the militant groups after the Syrian army pushed them back from their strongholds in Khan Touman town in Aleppo province.

In October a Saudi official announced that his country supplied the militants in Syria with a new batch of TOW antitank missiles as the Syrian army forces backed by Russian warplanes continued to gain ground in the country.

The delivery of the TOW missiles — which was provided by the CIA — would allegedly increase the capabilities of the militants.

TOW missiles, as Popular Mechanics notes, are guided missiles that could thoroughly damage tanks, armored carriers, and other vehicles. And, unlike other projectiles used against armored targets, such as RPGs, TOW missiles can be used from a considerable distance.

On Sunday, the Syrian army alongside the National Defense Forces and Hezbollah fighters pushed the militant groups back from more territories in the Southwestern part of Aleppo province and regained full control over the town of Khan Touman.

The Syrian Army is learning how to fox the TOW, or al-towi as Islamic State calls them. The idea is to wait until the guided missile is practically on top of you then back up a little. Here's now it's done. Keep your eyes on the white pick-up truck in the distance. Wait for it....wait for it....


It looks like the guys who filmed the video were the ones who fired the TOW but they're yelling "Allahu Akbar!" at the end. I guess they'd never seen anyone that calm before. I don't think anyone else has, either.

I wonder how much a TOW costs. [taptaptaptaptap]  Nothing about the price in the Wikipedia article about the TOW but there's a section on TOW use in the Syrian war, and a list of the uh moderate rebel groups the CIA supplied with the weapons. Wait a minute; what's this?


The Hazzm Movement had a northern division ... The group was supplied BGM-71 TOW anti-tank missiles[13] in a covert CIA program launched in 2014. Scores of the groups fighters also received U.S. military training in Qatar under the same program.[15]

In October 2014, Al-Nusra Front began attacking positions of Hazzm in Idlib Province, overrunning bases and seizing weapon stores, due to its perceived closeness to the United States.

Yes. That's how it was done so quickly with relatively small fighting forces. Islamic State and Nusra would let other groups do all the hard work of taking territory, then when the fighters had pacified the population, IS would bump them off, scoop up all their weapons and vehicles, and plant their flag. You'd think the other groups would've wised up after a time but they didn't -- not until large numbers of them were slaughtered by IS and Nusra. Imbeciles.

But then there's nothing like easy money to make people take leave of what few senses they have. These groups were being paid and armed; all they had to do was show up among an unarmed population and fire off their weapons. When they came under attack by better armed and trained groups, it was curtains for them.


The Raytheon Company is a major American defense contractor and industrial corporation with core manufacturing concentrations in weapons and military and commercial electronics. It was previously involved in corporate and special-mission aircraft until early 2007. Raytheon is the world's largest producer of guided missiles.[5]

And all that comes down to a couple clowns shooting a guided missile at a pick-up parked in the middle of a pile of sand.

Signing off with a word from our sponsor, Raytheon.