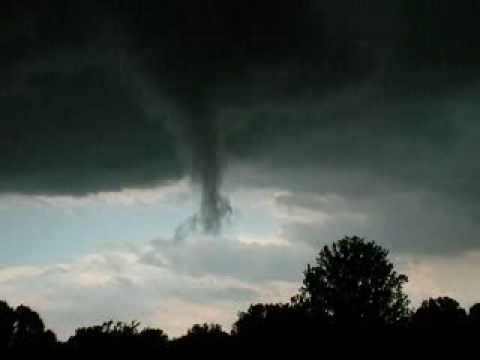 5:07 PM ET: I give up trying to keep up with changing reports from CNN -- there's a still a fog of war situation in the city.
5:15: USA Today article on how to help the tornado victims.
***********
> Tornado tied for second worst in U.S. history; fourth worst tornando since record keeping began in 1950.

> Driving rain, lightning, 60 mph winds and two-inch hailstones in the morning have been hampering search and rescue efforts all day; CNN's reporting tent was blown away even though four people were struggling to hold it down.

> I'm hearing conflicting reports about the tornado's path. One CNN report I heard when I turned on the TV about 15 minutes ago is that the tornado swath virtually cut the city in half -- only building left standing on one side of the city is a hospital; the other half of the city is virtually untouched. Report just now is that "a quarter" of the buildings in one part of the city were destroyed and that one of the hardest hit is a hospital. (Might be more than one hospital, of course.) 5:07 -- yes, there are two hospitals; at least one was hit hard.

> Footage of the devastation makes it amazing that the death toll is so low; CNN reporting just now that residents had 24 minutes notice of the tornado strike, so while not everyone got the warning that early it helps explain the relatively low death toll. Again, the devastation is so horrific it's hard to see how anyone survived. As far as the eye can see in much footage, buildings smashed to smithereens.

> More bad weather expected tomorrow with possibility of several tornadoes in 'tornado alley' in the midwest but the hope is that these will spare population centers.
Posted by Pundita at 5/23/2011 04:32:00 PM