From Holly's discussion with John Batchelor for CBS Eye on the World:

"...there so many layered regulations that overlap each other that make it really difficult to get anything done on the ground.  We have the NEPA [National Environmental Policy Act], the Clean Air Act, the Endangered Species Act, the National Forest Act, the National Wilderness Act -- the [Forest Service] has to abide by all these different laws. By the time you get done trying to work your way through that, you're kind of tied into a Gordian Knot ..."

So that's how the Forest Service came to use the term Gordian Knot, which is closely related to Analysis Paralysis, which Holly and her co-author Jonathan Wood explain in their report for PERC (Property and Environment Research Center), Fix America's Forests: Reforms to Restore National Forests and Tackle the Wildfire Crisis (perc.org). See the report for details, but this passage from it will get you in the ballpark fast:

The National Environmental Policy Act (NEPA), for instance, requires federal agencies to document and analyze the expected environmental impacts of their actions. The extent of analysis required can vary based on the degree of anticipated impacts. But for any project, NEPA compliance adds costs and can be a source of significant delay. For the most complicated category of projects, which includes large-scale forest restoration projects, NEPA paperwork takes an average of nearly three years to prepare.

Then what survives Analysis Paralysis is woven into the Gordian Knot, which is to say it's a wonder anything gets done to fix America's forests.

Now everyone is recognizing that a great deal must be done and quickly because the wildfires in America are at a crisis level. The federal government is overwhelmed by the task of curing what are very sick forests.

Holly and her co-author detail practical recommendations for restoring forest health that are summarized in John's discussion with her.  They cut through the Gordian Knot and get around the worst of Analysis Paralysis. Holly's can-do attitude gives hope that bureaucracy and special interests will implement the recommendations.

Of course, the Forest Service's Gordian Knot is not limited to forest management. Lawmaking in America's giant society has proliferated to the point where many laws overturn or block others from implementation, even when a new law is meant to fix an outdated one.

So, we are now less a republic built on laws as one that generates Gordian Knots.

Sorting out the truth

Smil thinks there are major gains in efficiency which can be had, over and above the enormous gains so far. He points to water use as an example: in 2015, the US only used about 4% more water than it did in 1965, but in the meantime, its population had gone up by two thirds actual per capita water use has dropped by 40%, even while the country has got richer and better fed. Perhaps similar efficiencies can be found with energy and carbon.

The quote is from How long can humans survive? - at UnHerd published January 17. Without stating it outright the author, Tom Chivers, makes it clear that many popular arguments about the threat of overpopulation are uninformed. His quotes from Czech-Canadian scientist and policy analyst Vaclav Smil in Smil's new book, How the World Really Works, underscore the point.

For Smil, our discussions about climate and energy are hamstrung, because so few people actually understand how the world really works.

Smil explains that one of the four key building blocks of modern society is ammonia, of all things:

In the beginning of the 20th century, a German chemist called Fritz Haber invented a process for getting nitrogen out of the air by making ammonia. It requires huge amounts of energy, and hydrogen, usually taken from natural gas. We now spread hundreds of millions of tons of ammonia on our fields — about 50% of the total nitrogen going into food production comes from it. Smil quotes an author, writing in 1971: “industrial man no longer eats potatoes made from solar energy; now he eats potatoes partly made of oil.”

This means the world is able to eat. The share of the global population that is underfed has plummeted, even as the actual population has ballooned – about 65% of people could not get enough to eat in 1950, compared to about 9% in 2019. So, “in 1950 the world was able to supply adequate food to about 890 million people,” as Smil puts it: “but by 2019 that had risen to just over 7 billion”. That is not entirely down to ammonia, but ammonia is a large part of the story. If fertiliser were removed, perhaps half the world’s population would starve.

Books such as Vaclav Smil's can help us sort of the truth of matters, but not if government funding, propaganda, and fads in published 'authoritative' opinions promote solutions ignorant of the truth.

So how to sort out the truth? Science survives on disagreements; if too many scientists are in lockstep about a broad and complex issue, I take that as a warning to keep an open mind about the conclusions.

Keeping one's news sources varied is also some help. I learned about the article by Chivers and about Smils from a headline link at DRUDGE REPORT 2022®. Drudge's news aggregator team(s) cast a wide net. The John Batchelor Show for CBS Eye on the World radio/podcasts is another news source that casts a wide net.

Another tactic is to avoid accepting sweeping generalizations.  And to always ask if an idea sounds true just because it's attractive to you, because it 'makes sense.'

You can't make sense out of the invisible, which is what the truth can be when it reflects facts that are unknown to you.

In this era we're trying to know everything about everything. Here, incrementalism is a big help. 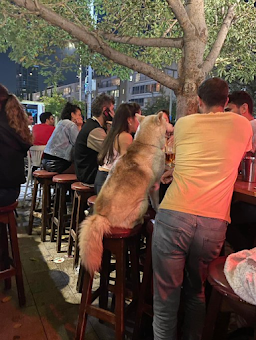 WSJ: How TikTok's algorithm figures you out UPDATED 6:00 PM

The Chinese company that owns the 'addictive' social media site TikTok didn't want to reveal their secret algorithm. So, the Wall Street Journal formed a team of investigative journalists to figure out the algorithm and how it works to hook viewers. What the team discovered makes for one of the most important and disturbing investigative reports of this century.
In addition to the following Wall Street Journal 13-minute video explainer see How TikTok Serves Up Sex and Drug Videos to Minors - WSJ, September 8 report.  But it's much more than sex and drugs.  The TikTok algorithm is a kind of blueprint for controlling billions of people without the use of secret police and messy mass executions.  It is a totalitarian government's dream come true.  From the September 8 report:

An earlier video investigation by the Journal found that TikTok only needs one important piece of information to figure out what a user wants: the amount of time you linger over a piece of content. Every second you hesitate or re-watch, the app tracks you.

Through that one powerful signal, TikTok can learn your most hidden interests and emotions, and drive users of any age deep into rabbit holes of content—in which feeds are heavily dominated by videos about a specific topic or theme. It’s an experience that other social-media companies like YouTube have struggled to stop.

“All the problems we have seen on YouTube are due to engagement-based algorithms, and on TikTok it’s exactly the same—but it’s worse,” said Guillaume Chaslot, a former YouTube engineer who worked on that site’s algorithm and is now an advocate for transparency in how companies use those tools. “TikTok’s algorithm can learn much faster.”

So what is to be done, beyond attempts to hound TikTok brass and the millions of contributors to the site to more closely monitor content posted on the site?
First, learn from the WSJ video how the algorithm works. Second, realize that the algorithm is an inevitable progression in the abuse of technology to stealthily manipulate behavior.
There is no getting the genie back in the bottle; it's too useful to too many individuals and organizations. However, this particular genie has an inherent weakness; it depends entirely on the user; don't use and the genie vanishes.
There is also a way to flummox the genie, which is what the WSJ team did to probe TikTok's secret. Actually, there would be several ways to screw with the algorithm, and you may trust that hackers are already at work on strategies.
But this doesn't deal with the fact that millions of people want the kind of feedback TikTok use provides. Even when warned of the dangers, they'll keep coming back for more.
There might be at least a partial solution to the problem.  I'll discuss my idea in the next post. Speaking of outfoxing the system, see Remote workers are using this viral ‘mouse movers’ hack on the job (nypost.com) Yes indeed, where there's a will there's a way.  [smiling]
Posted by Pundita at 1/14/2022 03:31:00 AM No comments: