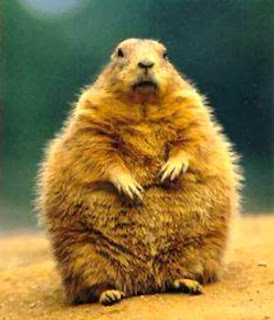 Many things happened with blinding speed yesterday after Washington awakened to the news, already all over Europe, Kabul, Tehran and Rawalpindi, of a leaked NATO report that pointed to Pakistan's ISI as supporting the Afghan Taliban's war against NATO troops. I haven't checked which press source broke the story yesterday morning, European time, but if the BBC wasn't the first it was among the first.

The leaked report coincided with a visit to Kabul by Pakistan's Foreign Minister, Hina Rabani Khar, and was leaked on the eve of a NATO defense ministers' meeting in Brussels, which U.S. SecDec Leon Panetta was preparing to attend.

The rest of the news day went by in a blur of rumors, speculations and damage-control, all of which heated up when Panetta announced to reporters (on the flight to Brussels, if I recall) that the U.S. "might" move up to 2013 the end of U.S. combat operations in Afghanistan instead of staying with the agreed-on timeline of the end of 2014.

By the evening, when Jennifer Griffin reported on Fox that an unnamed White House official told her that Panetta had jumped the gun and that Obama had planned to make the announcement of the 2013 pullout in May at the NATO summit in Chicago, the confusion threatened to collapse into farce, as diplomats and reporters scrambled to keep up with the spin from official sources here and abroad.

Here, three reports that provide a window on how the day shook out:

> It was announced yesterday after his meeting in Kabul with Pakistan's Foreign Minister that he'll attend a trilateral meeting in Pakistan on February 16-17 that will include a (presumably high-ranking) member of Iran's government. See this report from Online News (Pakistan) for details.

By announcing a specific timetable, Defense Secretary Leon Panetta is hoping to head off a push by military allies to pull out their Afghan forces more quickly. [...]

Last night Robert Burns reported on the situation for the Associated Press (with contributions from AP writer Anne Gearan). The report, headlined, Panetta: US combat in Afghanistan to end next year, is on the long side because it goes into detail to dispel, to the extent possible at this time, the confusion raised by Panetta's announcement. But I'm going to cherry pick just a few passages because I think they have significance with regard to the leaked NATO report (see my Feb. 1 post Who was the leaker at NATO?), which the Burns report doesn't mention, and leave you to pore over the rest:

[...] On his second trip to Europe since becoming Pentagon chief last July 1, Panetta is gathering with his counterparts at a delicate time for NATO, not only because of the uncertainty surrounding the military mission in Afghanistan but also because of a growing gap in military power between the U.S. and nearly all other European members of the alliance.

That chasm is not expected to narrow even as the U.S. reduces its defense budget by nearly $490 billion over the coming decade and reduces the size of the Army and Marine Corps.

The U.S. remains the leader of a 28-nation NATO, but the Obama administration has made no secret of its intention to shift focus toward Asia and the Middle East. It announced last week that it will remove two Army brigades from Europe in the next two years, leaving one in Germany and one in Italy. The alliance also is quietly discussing the possible withdrawal of American nuclear weapons from Europe in coming years. The nuclear issue is on the agenda for the Brussels meeting.

Gen. Ray Odierno, the Army chief of staff, said last week that the two brigades being removed from Europe will be eliminated rather than reassigned to U.S. bases. Both are based in Germany — the 172nd Infantry Brigade, in Grafenwoehr, and the 170th Infantry Brigade, in Baumholder.

Odierno said that in the long run [Pundita emphasis] this change will benefit both the United States and its European partners because U.S. Army combat and support units will periodically rotate in and out of Europe for training and joint exercises that are designed to meet the needs of the European forces.
[...]

You will note from the rest of the report that Panetta brings up the money topic more than once.

One more point about the AP report: I don't like arguing with Burns, who is a respected veteran reporter, but I think he's wrong if he's implying that the sudden decision to move up the end of combat operations was motivated by Obama's campaigning for reelection. ("The [new] timeline fits neatly into the U.S. political calendar, enabling President Barack Obama to declare on the campaign trail this year that in addition to bringing all U.S. troops home from Iraq and beginning a troop drawdown in Afghanistan, he also has a target period for ending the U.S. combat role there.")

I think the Obama administration was caught flat-footed by the leak of such a highly sensitive NATO report, which goes further than any other report that's come to public light in pointing to the fact that the U.S. has been pandering to a regime that it has known aids and abets the killing of NATO troops.

The best Obama could do, to douse a scandal that could bring down his administration, was to immediately signal that he was yanking U.S. combat troops out of the sights of Pakistan's military/ISI as soon as possible.

Of course I could be wrong and the unnamed White House official could have been right; maybe it was Panetta who made the decision on his own initiative to announce a change in the timeline. If that's the case I'd say he saw the leaked report's danger to the Obama administration, and the Pentagon, faster than Obama did. The danger is very real given the implications of the leaked report. If a Republican had been in the White House when the report was leaked, by the start of next week ranking Democrats in Congress could have been calling for the President's impeachment.

The only way out for the Obama administration, other than announcing an early end to combat operations, would have been to signal a radically different U.S. approach to Pakistan. Obama and his counterparts in the other major NATO countries, who've also pandered to Pakistan's regime, have not to this point displayed the inclination to make such a change.