I have no idea why I didn't publish this post at the time I wrote it, which was around Sept 10, although this happens a lot in Punditaland.  Anyhow, I have Clapper and Snowden on my mind right now (see the next post), and better late than never. 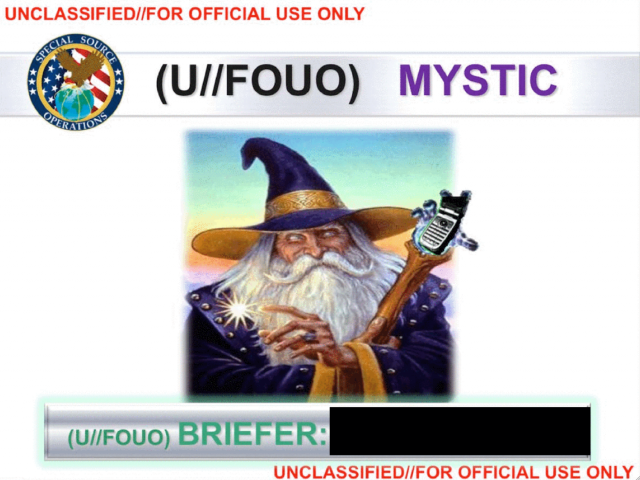 The MYSTIC program in Afghanistan was used for tactical support for troops, such as alerting them to the locations of roadside bombs, said a former U.S. official, speaking on the condition of anonymity to discuss sensitive details. “That was what was key about it,” he said.

The above quote is from Ellen Nakashima's September 9 report for The Washington Post:


One of the disclosures based on documents leaked by Edward Snowden, the former National Security Agency contractor, prompted the shutdown of a key intelligence program in Afghanistan, the nation’s top spy said Wednesday.

“It was the single most important source of force protection and warning for our people in Afghanistan,” Director of National Intelligence James R. Clapper Jr. said at an intelligence conference.

Although Clapper did not give details, he apparently was alluding to an NSA program that recorded all cellphone calls in Afghanistan.

In March 2014, The Washington Post, citing documents provided by Snowden, reported on a program called MYSTIC, under which the NSA was collecting “every single” phone conversation in a foreign country. The Post, following requests by U.S. officials, withheld the country’s name.

Two months later, the Intercept news site published a similar story about the NSA’s “secretly intercepting, recording, and archiving the audio of virtually every cell phone conversation” in two nations. The site named the Bahamas as one country. It refrained from naming the other, citing concerns that doing so “could lead to increased violence.”
Several days later, the anti-secrecy organization WikiLeaks reported that the country was Afghanistan.

Soon after, “the program was shut down by the government of Afghanistan,” said Clapper, speaking at the Intelligence and National Security Summit in Washington.
“So [Snowden has] done huge damage for our collection,” Clapper said. “Make no mistake about it.”

I don't think one needs a crystal ball to make a good guess at the first words uttered by Afghan government officials when they learned about the spy program:  So that's how the U.S. and the British are keeping Pakistan's military apprised of our every move.

However as everyone knows Afghan's government is completely paranoid because only a government run by lunatics would share intelligence with Pakistan's military but the point is that it's a leap to grasp how the recording of phone calls made in Afghanistan was the key to locating the sites of roadside bombs in the country.

I can see MYSTIC being useful in that regard if the recordings had been made in Pakistan but as we know from former NDS chief Amrullah Saleh and from the New York Times, the NATO-U.S. command in Afghanistan tended to ignore intelligence reports that implicated Pakistan's ISI and military -- even when the reports came from the CIA.

Moving along, my recollection of how roadside bombs were detected in Afghanistan is not the same as the unnamed former U.S. official's.  Here's what I recall; 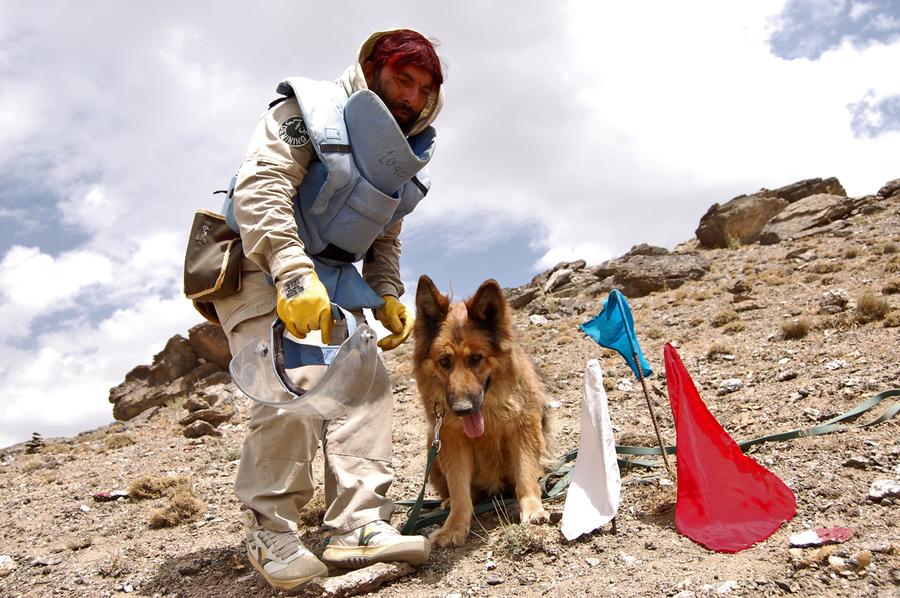 In fact, I recall that the two towering American achievements in Afghanistan have so far been:

1.  A lot of Afghans developed respect for dogs.