"Hurricane Maria is still churning toward the U.S. East Coast"

The Zombie Hurricane. No matter how much land it's encountered it just won't die. 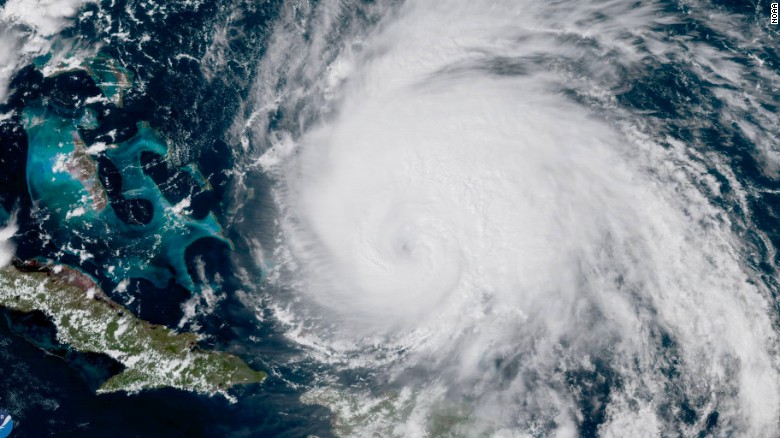 CNN, updated 3:21pm EDT September 24:
The East Coast is bracing for a possible direct hit from Hurricane Maria, days after the storm caused widespread devastation in the Caribbean.
North Carolina may bear the worst of the storm, as current forecasts show Maria brushing its coast Wednesday morning.
Although it's not currently predicted to make landfall along the coast, Maria is the third hurricane to affect the US in the last month.
"It is likely that some direct impacts will occur along portions of the coast by midweek," the National Hurricane Center said in an advisory Sunday.
Some of the US coast may be under a tropical storm or hurricane watch later Sunday, the center said. Those on the Carolina and mid-Atlantic coasts are warned to monitor the storm's progress.
As of 11 a.m. Sunday the storm was roughly 475 miles south-southeast of Cape Hatteras, North Carolina.
"Regardless of the exact forecast track," the storm is so big that "tropical storm-force winds could reach a portion of the North Carolina coast by mid-week," the NHC said.
Maria weakened to a Category 2 storm Sunday, with sustained winds of about 105 mph. The NHC said it expected the storm to weaken further by Monday night or Tuesday.
Even so, Maria still packs a dangerous punch.
Swells generated by Maria are increasing along portions of the southeastern United States coast and Bermuda and will be increasing along the Mid-Atlantic coast later today," the center said Sunday, warning that such swells can cause "life-threatening surf and rip currents."
The five-day tracking model shows Maria maintaining hurricane strength through Friday as it makes it way north before turning northeast and heading further out into the Atlantic. 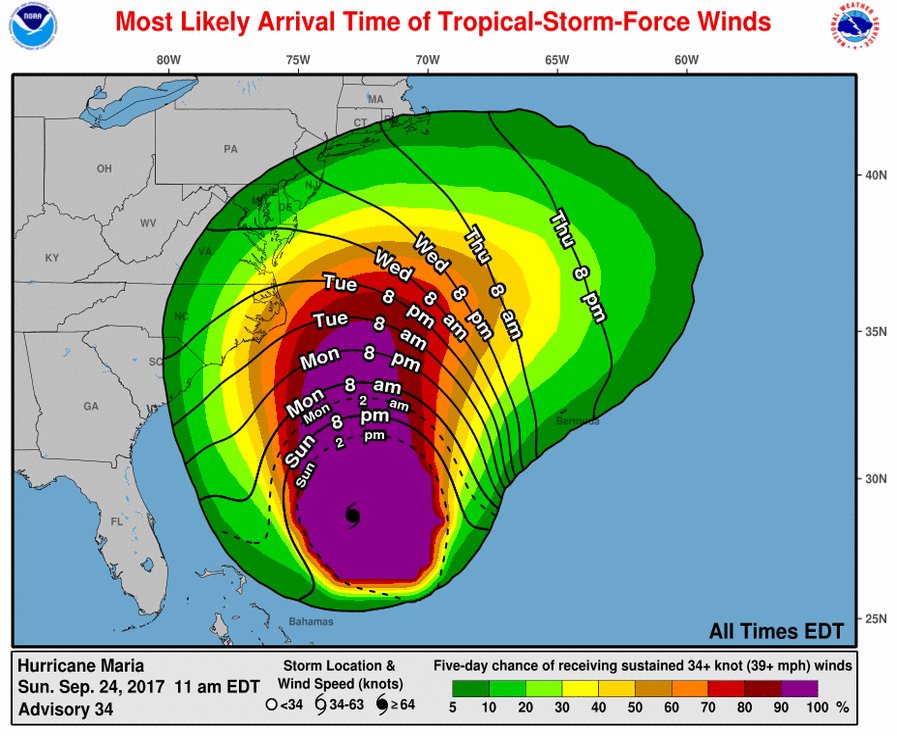