Battle for Ramadi: "We should thank the Russians because they encouraged America to increase their bombing."

Video report from VICE News reporter embedded with the Golden Division, "the only non-sectarian milita left in Iraq, with Sunni, Shia, Kurdish and Christian commanders amongst their ranks."

"We should thank the Russians because they encouraged America to increase their bombing. Any place they [U.S.-led coalition] find a threat to us, they hit.  We've started giving them coordinates  Whatever coordinates we give them to hit, they blow up. It's not like before, so now work has become easier."

Press dispatches from the Ramadi front 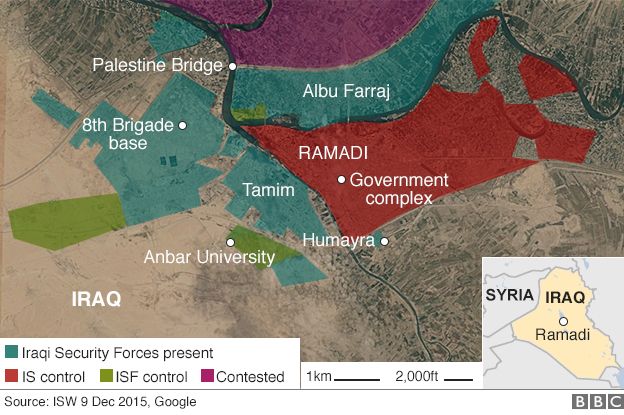