Iraq's armed forces stormed the center of Ramadi on Tuesday to try to dislodge Islamic State militants who have held the western city since May, a spokesman for the counter-terrorism units, Sabah al-Numani, said.

The operation to recapture Ramadi, 100 km (60 miles) west of Baghdad, began early last month after a months-long effort to cut off supply lines to the city, whose fall to Islamic State was a major defeat for Iraq's weak central government.

"Our forces are advancing toward the government complex in the center of Ramadi," Numani said. "The fighting is in the neighborhoods around the complex, with support from the air force."Iraqi intelligence estimates the number of Islamic State fighters entrenched in the center of Ramadi, capital of Western Anbar province, at between 250 and 300.

See also Reuters report from Baghdad Dec 20 - 10:37 am EST Iraq military asks residents of ISIS-controlled Ramadi to leave city. The army dropped leaflets telling residents to evacuate and giving the best routes out of the city. RT reported today (9:33 GMT) that IS had been preventing people from leaving the center or trying to; the fear was that IS was planning on using them as human shields when the army attacked. From this Reuters photo on Dec. 20, it seems several residents were able to flee. As to how many IS fighters were among them -- [shrugging].  But I think the army is fine if IS wants to sneak out; this way civilian and troop casualties can be as small as possible during the fighting. 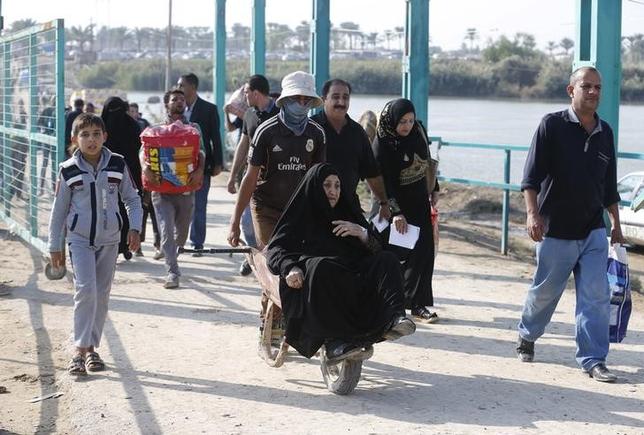