Yesterday morning I proposed a theory about the mystery man at the center of Kurt Haskell's account of what he saw at Schiphol airport before boarding the December 25 NWA Flight 253. That afternoon Reuters reported that the Dutch public prosecutor's office had announced that the mystery man didn't exist: Umar Abdulmutallab had been alone at Schiphol:

[...] Some of the passengers on the plane had said they saw him accompanied at the gate in Amsterdam by an older, well-dressed Indian or Pakistani man. But the review of more than 200 hours of [CCTV] video showed no one with him, the officials said.

Kurt Haskell stated that he saw the mystery man with Abdulmutallab at the NWA check-in counter, not the boarding gate. To my knowledge Kurt consistently spoke of the mystery man as an Indian and not a Pakistani. And this is the first time I've come across mention of multiple sightings of the mystery man. These anomalies are probably due to the Reuters reporter not being very familiar with Kurt Haskell's story -- unless this is how we're learning that the prosecutor's office was aware of similar claims from other passengers.

The report also mentioned that Abdulmutallab went through a profile interview and a security check before waiting at the gate for his flight and that according to the prosecutor he "probably smuggled the explosives from Nigeria."

Two hours after the Reuters report published, the Associated Press weighed in with the same story and added more details:

Investigators checking more than 200 hours of security camera footage from Schiphol's shopping mall in the transfer area and departure gate say Abdulmutallab underwent a security interview and check and did nothing unusual in his three-hour stopover. Earlier, authorities said the suspect went through a routine baggage check and scan by a metal detector before boarding.

"Investigations so far have uncovered no indication that the suspect contacted possible accomplices at Schiphol, left the transfer area or behaved suspiciously," the National Prosecutor's Office said.

As well as studying video footage, investigators have seized the airline seat Abdulmutallab occupied from Lagos to Amsterdam and sent it for forensic tests to check for traces of explosives.

They also are interviewing passengers and crew on the Lagos-Amsterdam flight and ground staff ranging from security officers to check-in staff and cleaners at Schiphol.[...]

This is the Netherlands we're talking about; Kurt can't dislodge that CCTV tape by filing a FOIA request. According to his version of events all he needs is three minutes of the tape: the time he was in front of the NWA check-in counter and witnessed the mystery man with a man he believes was Abdulmutallab, and who tried to talk Abdulmutallab onto the plane without a passport by presenting him as a Sudanese refugee.

Yesterday morning I suggested that Kurt stop waiting for the tape to be released and hire a police sketch artist, then publish the image of the mystery man on the internet. By the afternoon it was clear that getting a sketch of the mystery man was the only card he had left to play. The question is whether he should play the card in light of the Dutch public prosecutor's announcement.

Over a period of a few days the FBI changed their story four times about one part of Kurt's account, until U.S. Customs finally acknowledged that yes, his eyes had not deceived him; he (and other passengers who made the same claim) had indeed seen another passenger from the same flight handcuffed and led away. But to be generous, the different stories could be explained as a typical fog-of-war situation, which easily arises when different agencies are involved and there's a great deal of confusion in the early hours or days of an incident. It would be harder to be generous with the Dutch prosecutor's statement, if Kurt's eyes didn't deceive him that day at Schiphol airport. So is Kurt Haskell being gaslighted?

Readers who've closely followed GWOT -- er, WFNVH -- could think of legitimate reasons why the public prosecutor's dog ate those three minutes of tape. But such legitimacy belongs to a very different world than the one attorney Kurt Haskell inhabits; it belongs to the shadowy, complex world of spies, counter-spies, 'assets' and moles that characterized the Cold War, which is what WFNVH has morphed into (unless you want to say that WFNVH is itself an outgrowth of the Cold War) and which just a few days ago got seven or so CIA agents blown to bits in Afghanistan. 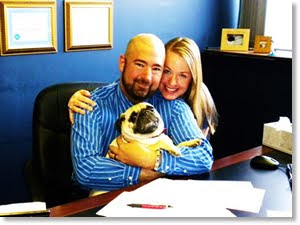 Kurt Haskell's wife, Lori, also an attorney, writes on her blog that her favorite movie is "Legally Blonde" and that she greatly admires Ruth Bader Ginsberg. Everything I've seen about the Haskells marks them as intelligent, fair-minded, good citizens. Then, on Christmas Day, the Haskells crossed paths with unspeakable evil and Kurt saw something about it while his wife's attention was fixed on trying to beat him at a game of cards.

Then he tried to tell the world what he'd seen.

That's my way of working up to the point that if Kurt was wrong about what he saw, it's human to err and I don't think anyone who's followed the story would question his integrity; however, if he did see the mystery man then I'd say he's best advised not to pursue the matter further.

Over the past week, Lori and I have been expecting an announcement by authorities that they have reviewed the Amsterdam airport security footage and found nothing. Well, today we got that announcement.

We never once thought that we would see an accurate unedited version of the 2-3 minute clip of the terrorist with the "sharp dressed man".

Of course he's right but he's speaking about civilization not the Seventh Ring of Hell.

In my last post about Pakistan (December 19 -- Alden Pyle in Pakistan, Part 2: Once upon a time in Saigon and Mumbai), I mentioned that the next one would be to explain something about the country's feudalism. I also mentioned it's really not so much feudal, in the West European sense, as remnants of an imperial system on the Indian subcontinent that should have been in history's dustbin by now. But the system was propped up: first by the British colonialists, then by the U.S. Cold War containment strategists, who, with no idea of what Pakistan's society was like, hit on the idea of turning the newly-independent county into a 'client state.'

Americans did not cause the horror that is today's Pakistan. However, Americans have to learn that you don't spend a generation blindly throwing billions in aid money at a very ruthless ruling class, then be shocked when they turn on you because you shut off the aid spigot.

Yet even if every American of voting age suddenly woke up and marched on Washington over the matter of exactly how and where the U.S. spends its aid money, that won't change the fact that right now we have the Seventh Ring of Hell at our heels.

As to that "sharp dressed man," if he exists -- I'll turn to the irrepressible Rajeev Srinivasan for closing thoughts:

Given that almost all terrorism ops around the world have the Pakistani spy agency ISI's fingerprints all over them, it is likely that the so-described 'Indian' was in fact a Pakistani. Besides, Pakistani army types (yes, from those 22 feudal families you talk about often, Pundita) are known to be a little vain and prone to dressing rather sharply -- they want to be seen as 'people like us' by Westerners.

Indians, on the other hand, tend to wear ill-cut suits. :-) Since Haskell describes a nattily-dressed middle-aged guy, that is most likely an ISI fellow in an Armani.

It could of course have been an Indian Mohammedan. There is, for instance, crime boss Dawood Ibrahim, a 50-ish Indian, who lives in Dubai and regularly sponsors mayhem in India and wears expensive suits.

UPDATE 1:30 PM ET
Beethovenqueen posted the following comment at RBO, where this entry is crossposted:

"[Glenn] Beck had Haskell on his radio show yesterday and offered to pay for a professional sketch artist. Haskell turned it down, thinking it couldn’t possibly lead to anything. Haskell did wonder why the tape wasn’t simply released to the public immediately, with or without the second man.

So much time has gone by we can’t believe a tape that wouldn’t show a second man anymore – he could have been digitally removed by now."