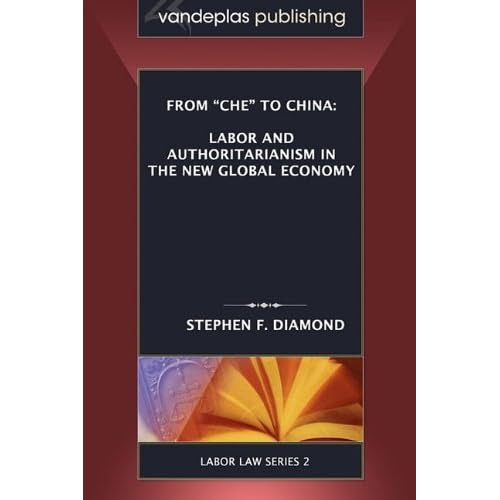 Since early 2008 law professor and political scientist Stephen F. Diamond has done everything but rent a brass band to warn about Barack Obama's views on education. Crossposted here is the latest chapter in his ongoing deconstruction of Barack Obama's terribly strange political views -- strange to the majority of Americans, that is, who scratch their heads about how a small number of radicals have infiltrated the American education system and inserted themselves into the American political mainstream. Those Americans are going to keep scratching their heads until they buckle down and do their homework.

With his April 22, 2008 essay titled, Who "sent" Obama?, Steve became the first person to explain to the public the extent of Obama's involvement with the Chicago Annenberg Challenge and its meaning. Yet by the time the American Right grudgingly admitted that a Leftist might have something important to say and picked up on the CAC angle, it was too late to head off Obama.

Steve didn't stop with explaining the CAC. In essay after essay at his old Global Labor blog, he demystified obscure political concepts, explained political history that was unknown to the majority of Americans, named people close to Obama that few Americans outside education circles had heard about. And he got down on his tummy and drew little stick figures to show the greatest threat posed by 'old-school' American radicals such as former Weatherman terrorist William Ayers.

One doesn't need to agree with everything Steve says about the Left and Communism to get the benefit of his teachings, so I'm hoping that one day more Americans will start studying them. The question is whether the day will arrive too late to prevent damage to American society that could take generations, if ever, to undo.

For readers who're new to his writings -- before tackling his discussion of Zebra Politics, you might read one of his background essays on the totalitarian minded American radicals who've flown under the radar in the USA by terming themselves Leftists. I recommend his October 6, 2008 post, The David Blaine Award Goes to ... to start.

You can look on the sidebar at Steve's King Harvest blog for essays that contain more of his core teachings. And if you are serious about understanding these totalitarians, which he terms simply "authoritarians," you can read his book, From 'Che' to China: Labor and Authoritarianism in the New Global Economy (October 2009). At 40 bucks a copy in paperback it's written specifically for labor attorneys, but don't let that daunt you -- and you can always spread around the cost with a group purchase of the book.

Before turning over the podium to Steve, the other day I added his blog to my sidebar as a reminder to readers to check in there on a regular basis. Sometimes he suspends public access to the blog for a few weeks, but it always opens again. 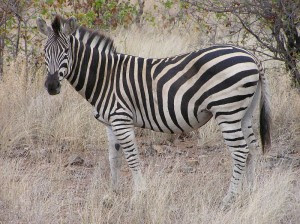 Anyone who listens to Obama’s Ramadan comments on the NYC Ground Zero mosque realizes he was certainly NOT making a legal argument about anyone’s rights.

After all, that argument is about whether the state would interfere with religious freedom and there is zero evidence that was ever a risk to whomever is really behind this provocation.

So it follows that the proponents of the mosque hardly needed the intervention of the President of the United States to defend their constitutional freedoms.

He is wrong about that but let’s at least get one thing clear: that speech was a calculated POLITICAL intervention, on the eve of the most important political period of his presidency. It seems he almost immediately realized the mistake he had made, stepping on yet another racial or ethnic land mine (recall there was first the Henry Louis Gates affair, then the Terror Trial in NYC idea and then Shirley Sherrod, and now the Mosque). That led to his attempt to draw an altogether too fine distinction between rights and common sense the next day.

But he said what he said and he clearly believed it. Watching the video makes clear his conviction and his welcoming of the applause it garnered from the White House Ramadan audience.

So what motivates this President to continually risk political capital in order to take provocative actions? There is a consistency to his efforts, it seems to me. His view is one shaped by the diversity politics of the last 25 years, an effort that represents in the US the larger form of stalinoid [Stalinist], third worldist and authoritarian politics as it exists in a post-Cold War era.

At the core is an attempt by a few to gain political leverage and power by exploiting actual ethnic or racial or class issues in a manner that does very little to resolve those issues but can do a lot to advance the cause of those few. When the actual Communist Party was somewhat of a force in this country, for example, it used to profess to be concerned about the “black question.” And the party was able to attract many followers around the broad left from the 30s to the 70s because of its apparent commitment to racial equality. That is what explains the affiliation of figures like Paul Robeson or Frank Marshall Davis with the party if not actually in it.

Their line, however, was that racism was a permanent and enduring part of America because America was capitalist and once America was socialist it would then be possible to end racism. I actually heard that line used by CP trade unionists when I was a union activist in the 1980s. The reality, of course, was that the CP was only interested in its own bureaucratic survival and only if that was consistent with the political line of the Russian mother ship. The zig-zag nature of the party drove as many thousands out of the party as into it over the years.

Unfortunately, some who were in its orbit adopted even harder and more authoritarian political views. And these began to infect the left as well, particularly in the late 60s and the 70s. This was the period in which people like Mike Klonsky, who was raised in a household that worshipped Joe Stalin, decided he would have to worship Chairman Mao after the Red Army crushed the Czech uprising of 1968. (It apparently never occurred to Klonsky to consider supporting the Czech people themselves! Certainly Mao was no more on their side than Deng’s crowd was on the side of the Tiananmen worker/student uprising.)

Klonsky and his comrades like Bill Ayers and Bernardine Dohrn in the SDS movement that morphed into a terror cult known as the Weather Underground put race politics in the forefront of their worldview. They actually adopted an even harsher version of the old CP line that America would be racist as long as it was capitalist. For them, “fighting racism” in ever more absurd fashion was the only way to be on the left.

And it was the race-based nature of their politics that Ayers took with him when he surfaced from the Underground and rejoined his former SDS comrade, Klonsky, in a wing of the American world of education policy. There Ayers propagated a revised version of his race politics and recruited Barack Obama to help him carry it out through the $150 mn Chicago Annenberg Challenge. The core of their message was to use the despair of minority and poor parents to attempt to break the power of the teachers’ union and the Chicago school administration in favor of “local school councils.”

This reactionary idea of “local control” of schools by parents was first trotted out in 1968 by the black power movement and SDS in New York City where it led to a very difficult strike by mostly white teachers. When Ayers and Obama got involved in the late 80s they used the same idea to target a largely black teachers’ union relying on the support of hispanic community groups! No wonder they got praise from the Heritage Foundation and support from wings of the Chicago business elite.

Thus the heart and soul of Obama’s race politics, shaped by figures like Ayers and Valerie Jarrett during the Chicago School Wars, was to view America as an indelibly racist nation. Diversity politics fits this mold perfectly because it erases the notion of “e pluribus unum” and replaces it with what some around Obama apparently call “Zebra Politics” - the idea that we live in a “Zebra Nation” with its permanently divided black and white stripes. (As best as I can determine the idea was borrowed, inaptly, from South Africa, a nation which has suffered a very different form of racial division.)

In our “Zebra Nation,” resolution of racial and ethnic division in favor of a genuinely integrated and pluralist nation is impossible so provocative demands are used instead to gain leverage by “shouting fire in a crowded theater,” thus shocking any (white) people from responding or even better clearing the room entirely and allowing control of the space to shift. Examples abound: calling for open borders with Mexico, waving Mexican flags en masse at immigrant rights’ marches, abandoning the goal of Brown v. Board of Education and integration in schools and housing and instead calling for a return to Plessy v. Ferguson and “separate but equal,” or, in an international context, the so-called Gaza “Freedom” Flotilla.

This same approach is what lies behind the provocation of proposing the mosque in the first place and Obama was clearly intent on riding that sentiment. And that is a way of understanding his use of the Henry Gates situation, the Sherrod affair and the Terror Trial in NYC.

Of course, many on the left fall for this phoney radicalism just as they did in the era of the CP. Then, the CP was really an arm of the Kremlin but posed as a radical anti-racist pro-worker organization. Yet it would not fail to betray its radicalism at the whim of its Moscow handlers. Those on the left today who fall for the apparent radicalism of a Bill Ayers or a Barack Obama or a Van Jones or a Valerie Jarrett should pay attention to what is happening with economic and foreign policy. The same bankers who nearly destroyed the economy remain in power, GM is back after shedding its unruly workers at plants like those in Fremont, California and the predator drones continue their illegal and deadly flights.
Posted by Pundita at 8/22/2010 08:13:00 PM