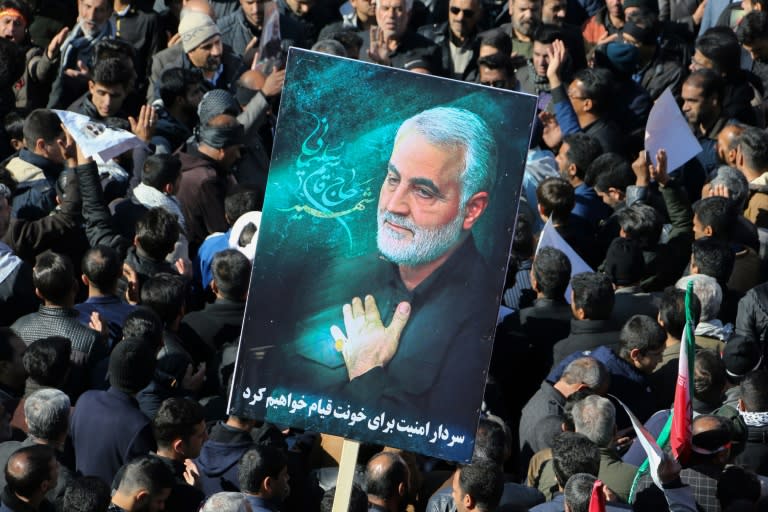 See this Sputnik report for news and updates on the first wave of the attack.

A second series of rockets have been launched toward US targets in Iraq, shortly after dozens of missiles struck US military facilities in the area earlier Wednesday morning local time, according to Iranian media reports.
Iran's Islamic Revolutionary Guard (IRGC) has once again warned allies in the US against getting involved in their operation - dubbed "Martyr Soleimani" - and have threatened possible retaliation, according to Tehran-based Tasnim News Agency.
Around five rockets have struck Camp Taji - a US coalition base located 27 kilometers north of Baghdad, Iraq - according to a military source cited by VOA News' Carla Babb.
A military source from Tehran told Sputnik that Iranian military jets are airborne and currently flying in border areas as the operation takes place.
Earlier Wednesday morning, approximately 35 missiles were launched and struck US targets in Erbil, Iraq and the country's Ayn al-Asad Air Base, which houses US military forces.
[END REPORT]
********