Note Dame: Firefighters avert the worst. Damaged parts will be restored. Many treasures rescued. First photos from inside cathedral.

"This cathedral, we will all rebuild together" 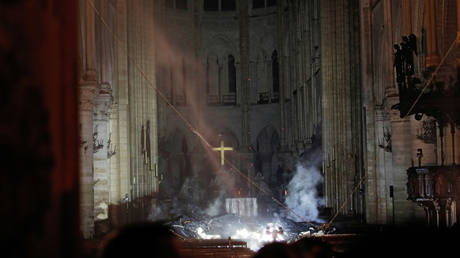 The first images from inside the devastated Notre Dame Cathedral show the inferno has ravaged 850 years of French cultural heritage, even though firefighters managed to save the Paris landmark from total collapse.

“The fire is completely under control,” Lieutenant-Colonel Gabriel Plus, a spokesman for the Paris Fire Department, told reporters some eight hours after the first responders arrived at the blazing scene shortly before 7 pm on Monday evening. “It is partially extinguished, there are residual fires to put out.”

The first photos from inside the Gothic architectural gem show the altar in front of the cross intact, with debris from the burned-out roof still smoking on the floor. Flames and smoke are clearly visible in other pictures, which show the roof and parts of the interior on fire.

Despite the massive inferno, the clergy and the fire brigades have managed to save large parts of the Cathedral’s treasury, including many Christian relics. Firefighters also saved the two bell towers after the spire and most of the roof burned out and collapsed. President Emanuel Macron has vowed to rebuild the Cathedral, promising to find the best international talents to restore the centuries-old landmark. 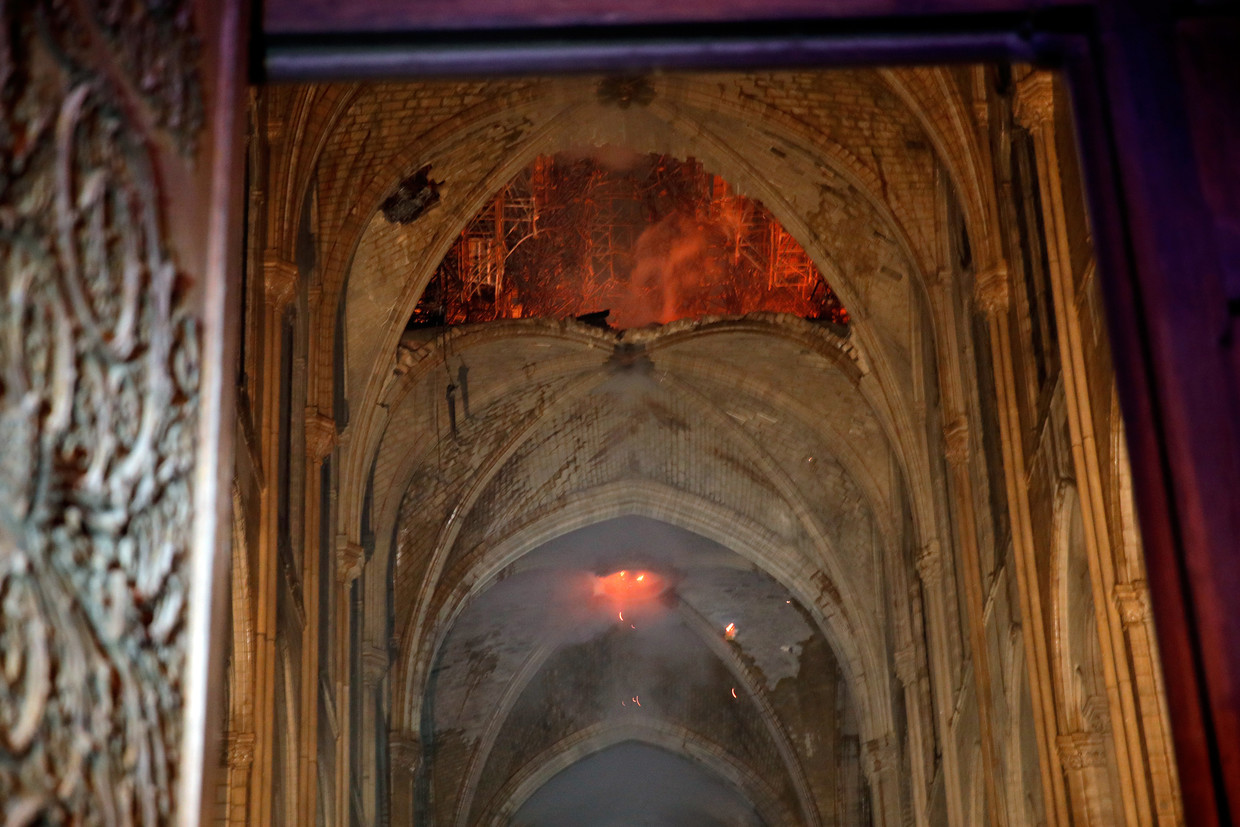 Flames are seen as the interior continues to burn inside the Notre Dame Cathedral in Paris © Reuters / Philippe Wojazer
‘French history on fire’: Macron vows to rebuild Notre Dame with help of greatest talents worldwide
15 Apr, 2019 - 22:05 Edited 16 Apr, 2019 - 01:50
RT
After the ‘worst case scenario’ was avoided and firefighters managed to save the Notre Dame’s structure from total destruction, President Emmanuel Macron has vowed to restore the historic cathedral to its former glory.
“This cathedral, we will all rebuild together,” Macron promised while visiting the heartbreaking scene at the center of Paris. “We will appeal to the greatest talents... and we will rebuild... Because that's what the French expect, because that's what our history deserves, because it's our deep destiny.”

The chief architect in charge of the works at Notre-Dame, Philippe Villeneuve, also pledged to rebuild the national symbol.

“We have rebuilt the cathedral of Reims after the bombing by the Germans during the First World War and today we still see in its splendor,” he said.

While Macron promised to launch an international fundraising campaign, the Heritage Foundation said it will launch a “national collection” of funds for the reconstruction of Notre-Dame de Paris on Tuesday, after the tragic incident raised a wave of condolences around the world.

Rebuilding the cathedral will take “years of work,” said Eric de Moulins-Beaufort, president of the Conference of Bishops of France (CEF).

“I am completely dismayed because we were at the start of a major restoration program of the cathedral,” said Michel Picaud, president of the patronage foundation Friends of Notre-Dame de Paris. “Victor Hugo had sounded the alarm about the state of the cathedral resulting in twenty years of restoration work in the nineteenth century, and we will have to do the same.”

Meanwhile the Pinault family of the retail conglomerate Kering announced that it will donate €100 million for the reconstruction of the building.

Hundreds of firefighters are still working the scene of the terrible fire, trying to preserve whatever is left of the world art treasures. The Crown of Thorns, one of the major reliquaries of the church, was saved from the inferno along with many other treasures, Bishop Patrick Chauvet, rector of Notre-Dame de Paris noted earlier. The altar and the cross also survived the fire, local media reported citing the mayor's office. 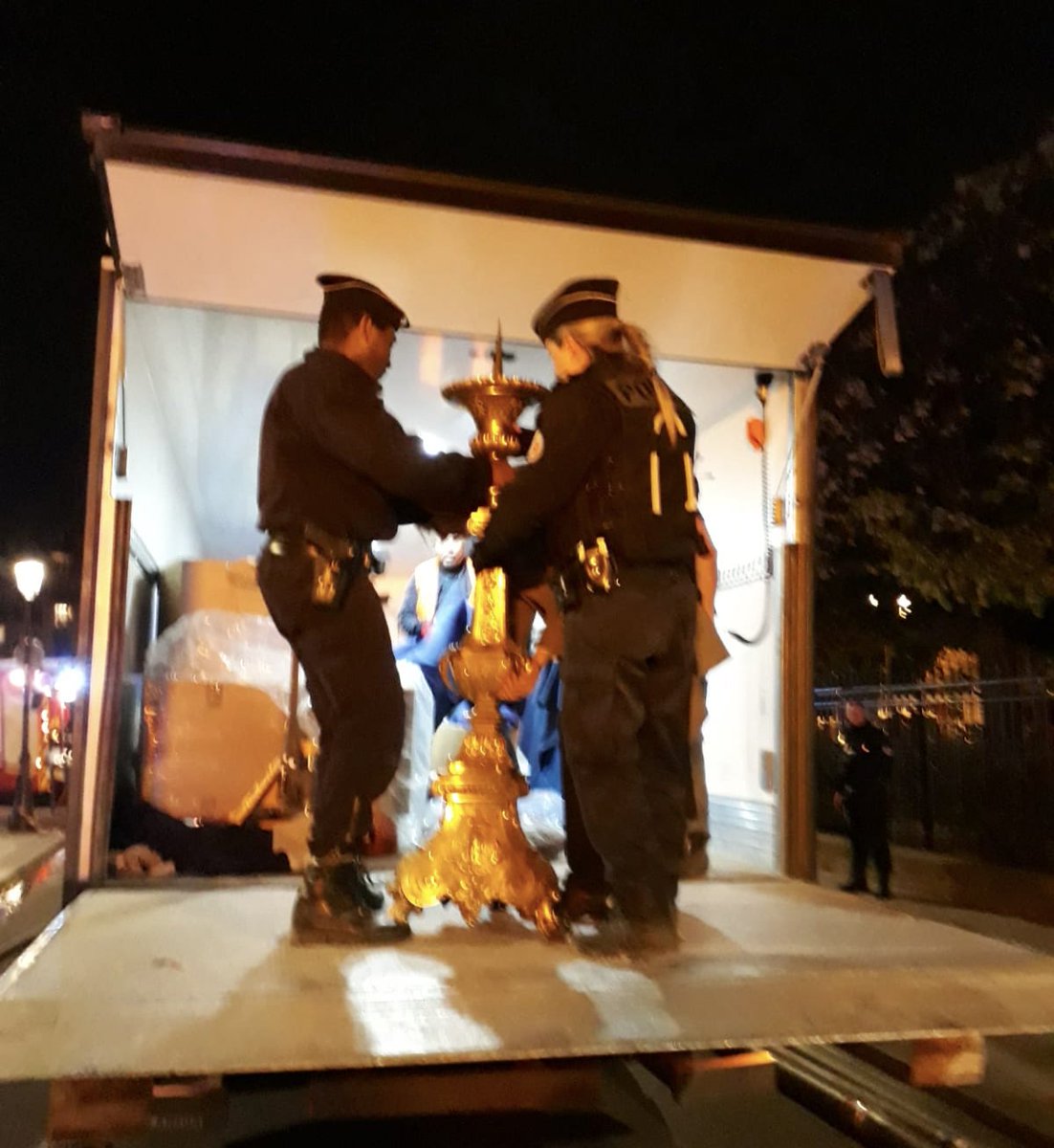 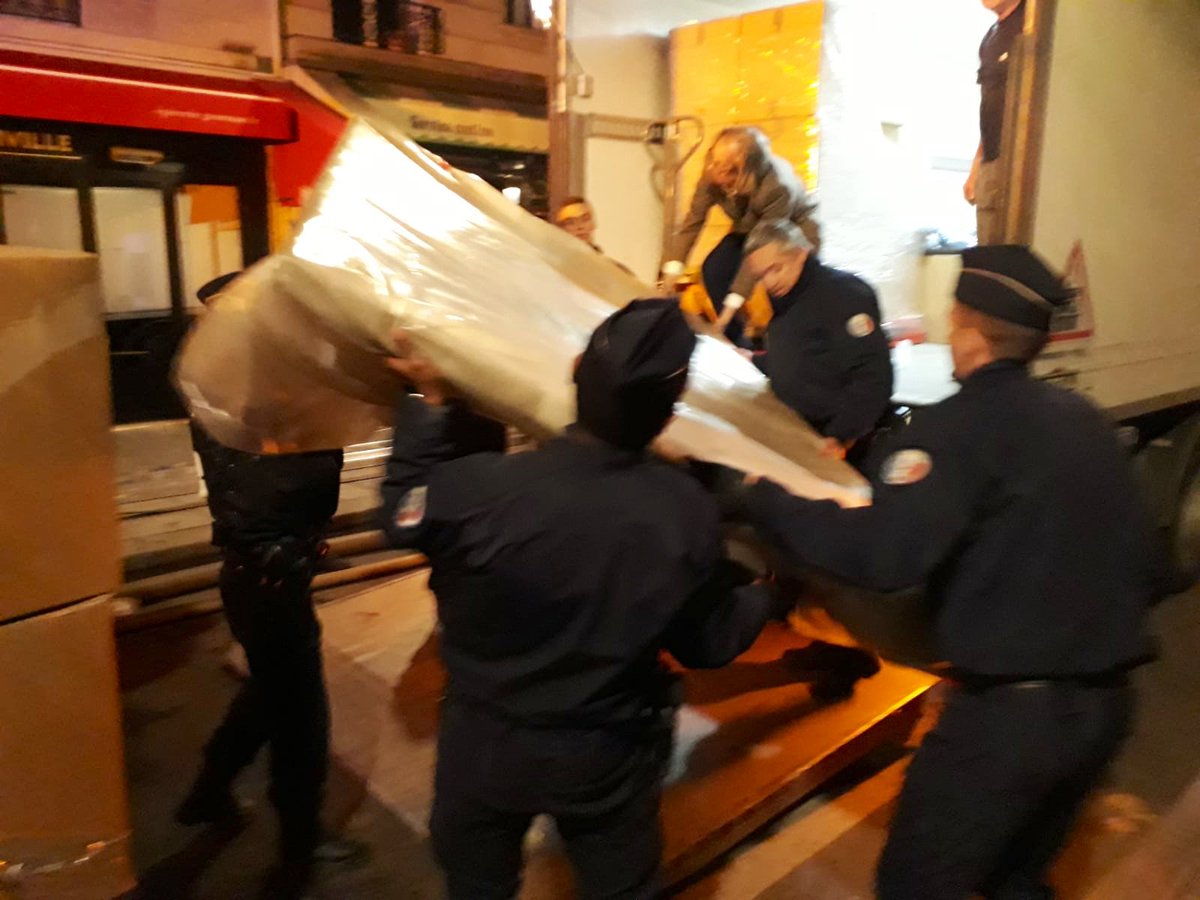