Lord of the Flies, American version 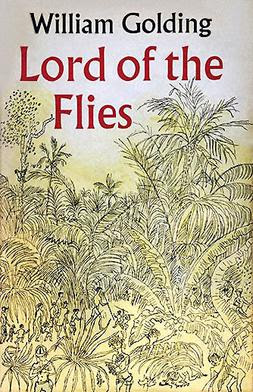 This has been a troubling week in the United States, at least I found it troubling -- not only the massacre of innocents in Tucson by a man whose derangement fit in so well with American 'alternative lifestyles' that apparently only the U.S. military found his behavior sufficiently alarming to reject him out of hand, but also the political grandstanding in reaction to the killer's rampage, topped by a memorial service in Tucson for his fallen victims that had the earmarks of a football-game pep rally.

The grandstanding and bizarre memorial ocurred before relatives of the fallen were even able to bury their dead.

I've heard it argued that inappropriate behavior at the memorial -- shouts, cheers, whistles, frequent outbursts of applause -- was not meant to disrespect the dead and that it arose because the participants were giving way to their feelings and blowing off steam in the face of tragedy.

But giving way to one's feelings has become the guiding principle in American society. How did this come about?

Today's USA reflects more than sixty years of research to determine the optimum methods for parenting and schooling. If parents and school administrators had stuck with implementing just one research fad the harm might have been less, on the theory that down through history countless children have survived wacky parenting and schooling traditions and gone on to become responsible adults.

But these weren't traditions being implemented, these were research conclusions. Whatever is concluded in research can be overturned by another conclusion. And so each round of research produced in serial fashion parenting and educational methods that could completely contradict earlier ones.

Dovetailing with the deification of scientific research was the rise of a political movement that tacitly defined conscience as 'outrage about the plight of the underprivileged' and good character as 'fighting for the rights of the underprivileged.' Left to their own devices to fill in the blanks left by such definitions, Americans raised on research conclusions of the moment settled on their feelings as the reliable guide for appropriate behavior.

The only other norm for appropriate social behavior in the USA has been supplied by the corporate environment.

The upshot has been a society of adults who bear a frighteningly close psychological resemblance to the marooned children in Lord of the Flies when their attempt at self-government descended into savagery.
Posted by Pundita at 1/14/2011 11:10:00 AM