First Ban Ki-moon let the Saudi faction at the UN extort him. Then he ratted them out. Why? 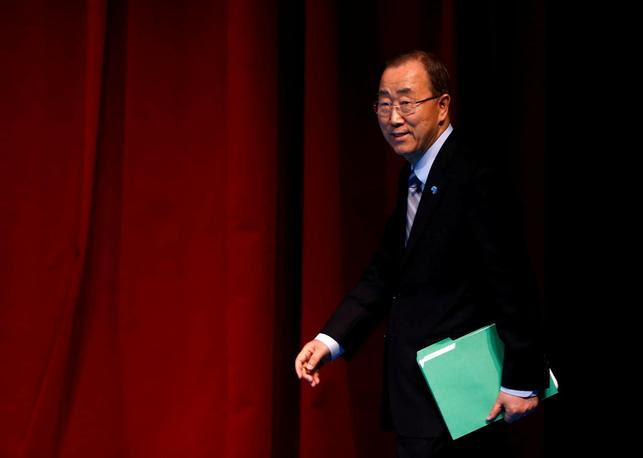 Others called it blackmail although in a court of criminal law I think it would be termed extortion; however the distinction is moot because Mr Ban didn't explicitly state that the Saudis extorted (or blackmailed) him, only that they pressured him. But note that he waited until after the U.N. removed Al Saud from the blacklist before ratting them out. Now why do it backward? I'll discuss the question after the Reuters report is finished.

Riyadh had threatened to cut its funding of U.N. programs in response to the blacklisting last week and suggested a fatwa - an Islamic legal opinion - could be placed on the world body, Reuters reported on Tuesday.

The U.N. announced on Monday it had removed the coalition from its annual child rights blacklist pending a joint review by the organization and the coalition of child deaths and injuries during the year-long war in Yemen.

Ban described the decision as one of his most painful and difficult and said millions of other children likely would suffer if funding for U.N. programs was cut off.

"Children already at risk in Palestine, South Sudan, Syria, Yemen and so many other places would fall further into despair," he told reporters. "It is unacceptable for member states to exert undue pressure."

Ban did not specifically say the Saudis had threatened to cut off funding. [Pundita note: Which would have made it extortion if they had.]

Mouallimi then met with Deputy Secretary-General Jan Eliasson on Monday.

The U.N. said Jordan, the United Arab Emirates and Bangladesh also contacted Ban's office to protest the listing of the coalition. Diplomats said Egypt, Kuwait and Qatar did likewise.

One senior U.N. official described Ban's choice as between the "plague and cholera."

The United States backed Ban's remarks on Thursday and said the U.N. chief had invited the Saudis and coalition members to discuss the report in New York on June 17.

"The U.N. should be permitted to carry out its mandate, carry out its responsibilities, without fear of money being cut off," State Department spokesman Mark Turner told reporters.

The Saudi-led coalition began a military campaign in Yemen in March last year with the aim of preventing Iranian-allied Houthi rebels and forces loyal to Yemen's ex-President Ali Abdullah Saleh from taking power.

Some 6,000 people, about half of them civilians, have been killed there since last March, according to the U.N.

The Houthis, Yemen government forces and pro-government militia have been on the U.N. child rights blacklist for at least five years and are considered "persistent perpetrators." Al Qaeda in the Arabian Peninsula is also on the blacklist.

Ban, who is in the final year of his second term and seen as a possible presidential candidate in his native South Korea, said a key concern of the Saudi-led coalition was that it had been listed alongside terrorist and extremist groups.

Human rights groups accused the U.N. chief of caving to pressure from powerful countries and said he risked harming his U.N. legacy.

Rights groups say the blacklist pressures warring parties to comply with international law, and that over the past 15 years some 20 governments and armed groups had taken steps to end violations of child rights in a bid to be removed from it.

The latest report blamed the Saudi-led coalition for 60 percent of the 510 child deaths and 667 injuries in Yemen in 2015. Ban said he stands by those figures, while Mouallimi has described them as "wildly exaggerated."

The annual report is produced at the request of the U.N. Security Council.

The 15-member council has not intervened in the controversy. It did not get involved last year when Israel and the Palestinian militant group Hamas were left off the blacklist after being included in an earlier draft.

Ban took a veiled swipe at the council on Thursday.

"When U.N. reports come under fire for raising difficult issues or documenting violations of law or human rights, member states should defend the mechanisms and mandates that they themselves have established," he said.

There was nothing to prevent Mr Ban from reversing the order of his actions -- nothing to prevent him from announcing that he was being pressured by the Saudis and feared this would mean a cutoff of Saudi funds to the UN if he didn't remove them from the blacklist. In fact he wouldn't have needed to take that extreme step, at least not at first; he simply could have instructed his staff to say to diplomats who called to complain about the blacklisting that they hoped this didn't mean their governments would cut off funding to the United Nations.

Now note that Jubeir appealed directly to Feltman. And while this could be correct protocol, Feltman is an American who is deeply involved with Middle Eastern affairs on behalf of the Obama Administration. Indeed, this could be considered a conflict of interest, especially if Feltman has the Yemen portfolio.

Moving along, the most striking and immediate outcome of Mr Ban's capitulation is that this allowed a U.S. aircraft sale to Al Saud to proceed.

In other words, if Ban had deployed what is a pretty routine tactic in response to an extortionist -- i.e., a threat to expose the extortion attempt --  it's likely the Saudis would have backed down, particularly if Ban had indicated he would muster a full court press to expose that he was being pressured, if they didn't back down.

However, in that event, the Saudi government would have remained on the U.N. blacklist until it cleaned up its act. This would have scotched or greatly delayed the U.S. aircraft sale and maybe also similar sales by the British government to Al Saud.

But by doing things the other way around, one might say Mr Ban got to keep his cake and eat it too.  He was able to placate the U.S. (a strong military ally of the Korean government) while registering what he knew was toothless criticism of Saudi killings of children in Yemen.

But the U.N. capitulation reminds me of the best comment I ever came across about Barack Obama; it was posted in 2008 to a U.S. news site by one Ms. Sonia Trevino. I think it applies just as well to U.N. Secretary General Ban Ki-moon:

What did you do with the bunny, Mr Ban? 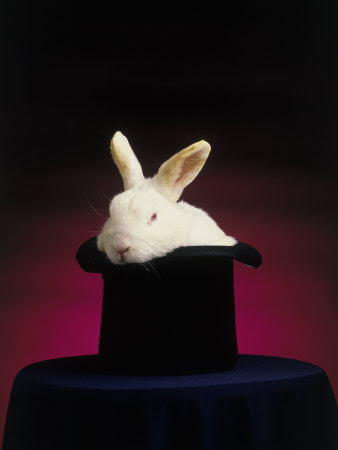