Colonel Lang's July 25 sitrep, which he modestly terms "notes," underscores the Syrian government's reconciliation strategy, which the Russian military followed when they came to Syria. The U.S., Britain and 'EU' tried to copy the strategy and apply it in Idlib Province but in vain. I think they have yet to realize that the strategy works for the Syrian government because Assad actually cares about the Syrian people -- all Syrians. The Americans et al. care about their agendas.

One observation re the Colonel's mention of the possibility of female Kurdish fighters being integrated into the regular Syrian army and that this would be "interesting." There are quite a number of Syrian women already in the army, although I don't know the nature of their participation in combat operations. I do recall that several of those women are highly trained snipers. 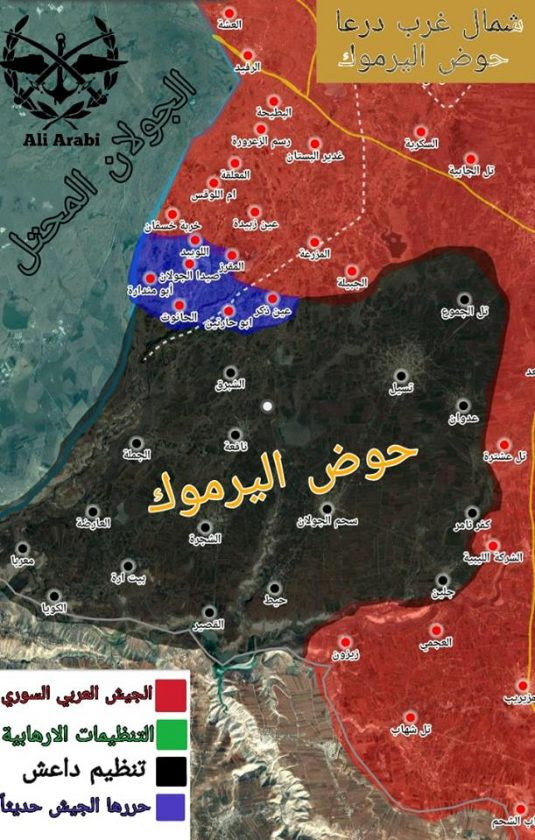 1. The SDF/SNC political arm is opening offices with government consent in several Syrian cities, among them Damascus itself. The goal in this is to negotiate political reconciliation with the government. If that happens then just about all of Syria east of the Euphrates River will return to government control. A lot of Syria's oil and gas reserves are out there.

If the previous pattern is followed the armed forces of the SDF would be integrated into the SAA. This would be very interesting. The SDF has a lot of volunteer Kurdish women soldiers who are actual and effective fighters. How the SAA would integrate them would be interesting to watch. Effectively, such a reconciliation would reunite the country except for the Turkish-occupied and coveted areas in the north but, as TTG suggests, Turkish ambitions have an uncertain future in north Syria.

Does Trump know about this political move? I think he must know and that the 'fix is in' on this with Putin. What do Mattis and CENTCOM think about this? Does it matter?

2. SAA forces in Quneitra and western Deraa provinces are cleaning up the remaining jihadis and other rebels. Elements of the Tiger Forces national offensive reserve + 9th Armored and 4th Armored Divisions + a lot of NDF militia are advancing south from the Quneitra City ruins (Israel did that in 1974) with their right flank IN the UNDOF DMZ.

The FSA unicorns have surrendered enough equipment to the SAA in the last couple of weeks to equip an additional armored brigade once the Syrian Electrical and Mechanical Engineers (SEME - my neologism) and the Rooshians work it over. Hey! We Americans under Obama's policy paid for all that! At last someone will know what to do with it.

The rebel IS affiliates in the black patch in the map are pretty well screwed. That area is called the Yarmuk Basin (Hud al Yarmuk- hard "H" - "Wow" - hard "D")  It is agricultural land that slopes down through a few villages to the north bank of the Yarmuk River. Jordan starts on the south bank. The SAA and friends are going through this area without any problem -- "like s--t through a goose" as Patton would have said.

Amusingly "Khalid bin al Walid Brigade" is the moniker of the IS jihadis being overrun in the Yarmuk Basin. He was the Muslim commander at the decisive defeat of the Byzantines at the Battle of the Yarmuk. Both Bibi and Putin have said that once the Israelis' former IS allies are exterminated then the SAA must back out of the UNDOF DMZ. I suppose that will happen. pl

" I do recall that several of those women are highly trained snipers. "

I love women but I understand them...

Just curious: How do you make the leap from the statement of mine you quoted to the assumption I'd never seen girls interact? Nevermind.