Socialism's terrible dilemma: First you raise us out of poverty then you cut off our water 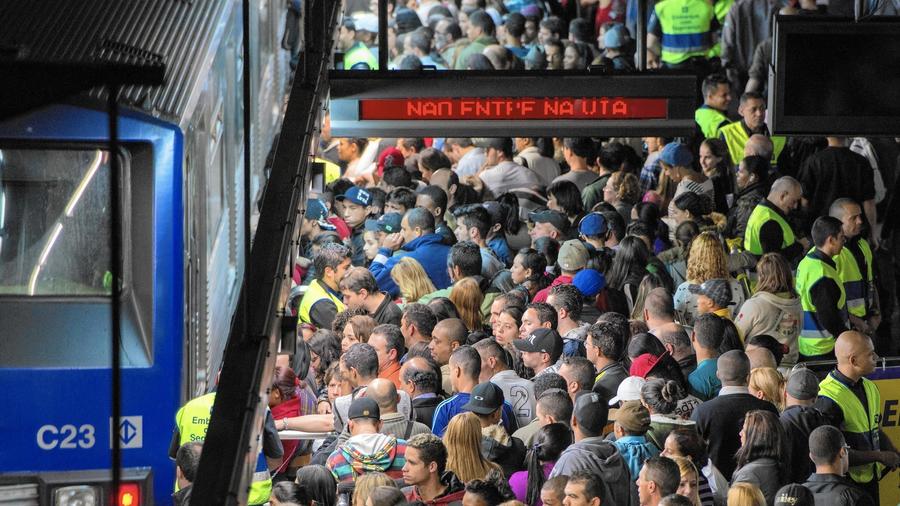 "Behind closed doors, the views are grimmer. In a meeting recorded secretly and leaked to the local news media, Paulo Massato, a senior official at São Paulo’s water utility, said that residents might have to be warned to flee because “there’s not enough water, there won’t be water to bathe, to clean” homes."

“I feel hatred, hatred of the governor and of Sabesp [the water utility controlled by São Paulo State],” said Márcia Oliani, 54, the finance manager of an art gallery who endured six days without water in her apartment. “I’d like to take them out and set fire to them. They completely failed to warn us, and have just continued to lie about this throughout.”


President Dilma Rousseff and her center-left Workers’ Party (PT) have been able to boast that "millions of Brazilians had been lifted from poverty and entered the middle class through social welfare policies like the Bolsa Família, and that improved workers’ rights and increased wages have allowed a new class of Brazilians to become consumers." (Foreign Policy, March 16 )

However, things have not been going terribly well in recent days for Rouseff and the PT, as you can learn from the Foreign Policy report. But if Brazil's right-wing political parties would really like to sock it to the country's leftists, they might just practice patience for a year or two instead of waving signs at street protests that read, "Less Marx, More Mises."

Brazil's government, and socialist governments throughout Latin America and the world over, are about 15 minutes away from being forced to recall that Karl Marx, and all governing approaches that evolved from his ideas, were products of the dawning Industrial Age. That age didn't even have "water crisis" in its vocabulary. The same for electricity and fossil fuel crises.

So while it sounds good on paper to quickly raise millions of out poverty and make them consumers, if the natural resources base can't support the spike in newly affluent users, this isn't just a problem; this is a crisis and a dilemma that no socialist government is capable of dealing with.

This would be particularly true for large cities in Latin America that were built far from water sources, and built at a time when water crisis hadn't entered the lexicon and the population was a tiny fraction of what it is today.

Which are these cities? From the comment section in a February 16 New York Times report, Taps Start to Run Dry in Brazil’s Largest City, from which I took the quotes that lead off this writing:


Lubomen411  in NY, NY
Why are people surprised that Sao Paulo is suffering from water shortages, or that there is a regional drought in the southeastern portion of Brazil? That area has historically suffered from prolonged droughts, made much worse with the loss of most of the original Atlantic coast forest cover over the past century.

Brazilians, in all their wisdom, decided to build their largest cities in areas far removed from large, navigable rivers. Sao Paulo itself is located in the highlands where a number of rivers have their headwaters. In other words, it is quite distant from any large natural bodies of water. Hence the need for reservoirs and the panic that ensues when these reservoirs start to dry up during a prolonged drought.

Brazilians, like the Americans in California and the Southwest, are deluded in their long-term economic and city planning -- building huge agglomerations of industry and commerce, along with the large requisite populations, in areas that in the long term cannot sustain those very populations. In fact, most very large Latin American cities are in eco-regions that cannot sustain huge, water-intensive populations in the long-term.

If we thought Sao Paulo was in trouble, I can't wait to hear the same travails for Mexico City, Lima, Santiago or Botoga (all huge cities located far, far from reliable sources of water).

Now to be fair they couldn't see around corners when those cities were originally built. And it's not as if cities near reliable water sources aren't also facing trouble. From PsyOrg's February 5 Study reveals scale of water crisis in areas of Pakistan:

The situation may be extreme in Pakistan but Europe is not immune to water shortages. According to the European Environment Agency (EEA), eight European countries can be considered water-stressed: Cyprus, Bulgaria, Belgium, Spain, Malta, Italy, United Kingdom, and Germany. [...]

I don't understand why Greece isn't on the list, but the point is that intractable water shortages in water stressed regions will all be arising around the same time.  No surprise there, as capitalists and socialists vie each other in claiming success for raising huge numbers of people and livestock out of poverty.

But this is a problem for the International Community and development banks and aid donors of all stripes, when everyone is crying, 'Help!' at the same time.

Can von Mises save the day?  Well he's already saving the day in one sense, in that every start-up company on the planet that has "water solutions" in its name is set to make a mint.

But the solutions are not really to be found in water management.  Societies are going to have to confront the fact that socialist government is a relic of a bygone era, as are the mega-cities that socialist policies turned into hogs of natural resources.

People can rise out poverty.  A large middle income group is sustainable.  What isn't sustainable is to keep stuffing people in ever greater numbers into infrastructures that consume more critical resources just to keep functioning than all the human spendthrifts could ever do.

So this onrushing crisis is not about economics. And it's not about climate change.  It's about finding humane ways to disperse large human populations before Nature takes over population management.

Of course widely dispersed populations make centralized government very hard to carry off without deploying the most authoritarian measures or creating the kind of 'bossism' that allowed China's emperors in the Forbidden City to ride herd on thousands of distant villages.