Two ways to know the world is coming to an end

1. Dog argues when ordered to stop watching a TV program that greatly interests him. 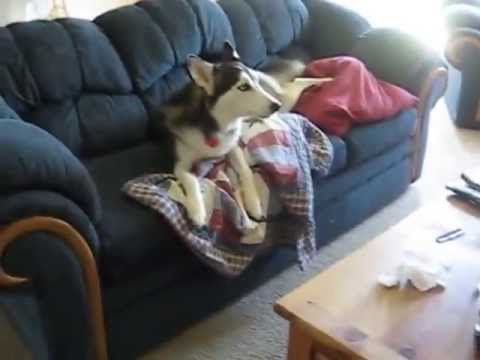 2. Adopted raccoon has learned from the household dogs to watch TV. 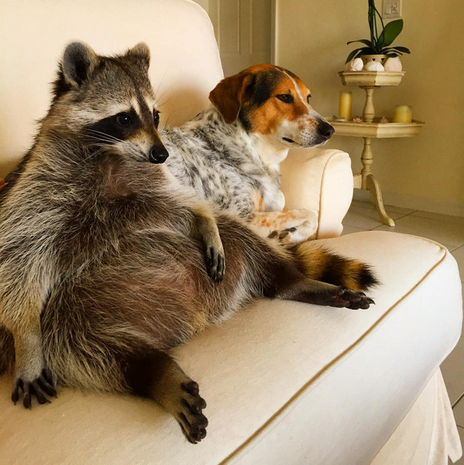 Time was they broke into our houses just to steal food and the occasional rug. Soon they'll be breaking in to watch "Animal Planet."

Can they really 'see' the TV?  I don't think a study has been done yet on raccoons and television but yes dogs, and cats, can see and 'read' in their own ways many TV images and sounds. And horror of horrors there's even TV programming  -- and advertising -- for dogs. I am not making this up.

From Why Do Dogs Watch—and React to—TV? National Geographic; 2015:

... DogTV, an HDTV cable channel designed for dogs, interests canines because HDTV has a much higher number of frames per second and is specially colored to accommodate dogs' dichromatic vision, said Dodman, who is the channel's chief scientist. (See National Geographic's best dog pictures.)

DogTV has modes for relaxation, which shows images like dogs chilling out in a grassy field; stimulation, which depicts scenes like dogs surfing in southern California; and exposure which shows things like a dog reacting to a ringing doorbell and obeying commands to acclimate them to such situations at home. ...


See also Do Dogs Understand What They Are Seeing On Television? Psychology Today, 2011. There are scads of other articles posted to the internet on the topic.

This post was inspired by John Batchelor's recent discussions with the authors of books on cat behavior and the genesis/evolution of the relationship between humans and their two favorite housepets. The podcast for the book discussion that was aired on the Thursday show, "Citizen Canine: Our Evolving Relationship with Cats and Dogs" hasn't been posted yet but here's one from earlier in the week:

"Cat Sense: How the New Feline Science Can Make You a Better Friend to Your Pet" by John Bradshaw. Part 1 and Part 2.

Things have certainly come a long way from the time when Rene Descartes claimed that dogs, and all living creatures other than humans, were simply machines.