"Five Operas and a Symphony" and one Russian farce: Pundita weeps about names proposed for Vladimir Putin's sheepdog puppy

Never before in history has a dog been introduced to the world with such pomp, and never before has a puppy showed such aplomb at being gifted from one head of state to another, and with such unerring knowledge of its best camera angles! And look at the eyes, the eyes!

And the heart-rending gaze of farewell at its former responsibility -- er, master: 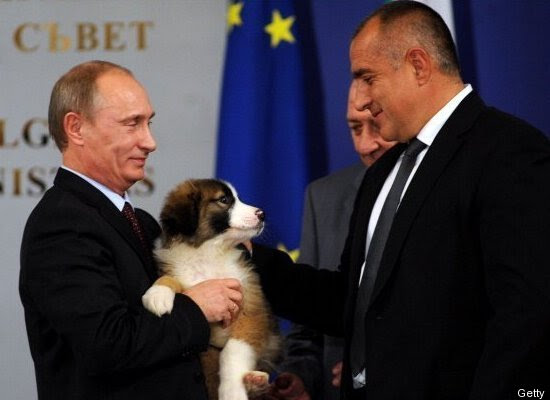 Where is my Kleenex box? Why, every tear-jerker Russian classical literary and musical work is reflected in the puppy's eyes. And there are people who want to name this very operatic dog, this -- this emblem of Russian drama "Balkan" or "Kuri?" A kuri is an edible Japanese chestnut -- somewhat ominously a popular name for dogs in Japan.

Bah! [dabbing at her eyes with a Kleenex] Cretins! It should be fairly obvious even to an imbecile that the best name for the dog is "Glinka."

[blowing her nose loudly] But no, that might irritate Russia's Communist Party, if one recalls the fate of Glinka's national anthem, Patrioticheskaya Pesnya, which, by the way, was played at Putin's first inauguration as Russia's President. The anthem, a favorite of the Russian Orthodox Church, was short-lived; to keep the peace Putin resurrected a Soviet anthem and gave it refurbished lyrics.

Most of the names come from the people and things Russians most commonly associate with Bulgaria: Bratko, Shipka, Theodore (a Bulgarian tsar) and Perets ('perets' is the Russian word for pepper, and bell pepper is widely known in Russia as 'bolgarsky perets' – 'Bulgarian pepper'). Russian-Bulgarian relations were also a popular theme: Borus (a contraction of 'Bolgaria', the Russian spelling of Bulgaria, and Russia), Brin (Bulgarian-Russian initiatives). However, the most popular name in this vein was Balkan.

Patriotic names were also common. Suggestions included Ros (Russia is called 'Rossiya' in Russian), Rus or Rossi. The author of the last suggestion explained that it was meant to suggest both the word 'Rossiya' and the name Carlo Rossi, the famous Italian architect whose works adorn St Petersburg and its suburbs. Another suggestion was Nabur, an acronym of the phrase 'nadezhda na budushchee Rossii' (which means 'hope for Russia's future').

Nabur? Brin? Why not then simply name the dog "Generic" or "Bound to Offend No One?"

The trouble with the Russians is that they don't know what Russia is. Is Russia Eastern? Western? A patchwork of ethnic clans? This attempt to retreat from confusion is well-reflected in the pedestrian name offerings for Putin's puppy.

Perhaps the Prime Minister should turn to Columbia University professor Boris Gasparov for help in naming the puppy. Gasparov, one of the great scholars of Russian and Slavic history, wrote the magisterial Five Operas and a Symphony, in which he interprets Russian cultural and literary history through six of its most enduring classical musical pieces: Glinka’s Ruslan and Ludmilla, Mussorgsky’s Boris Godunov and Khovanshchina, Tchaikovsky’s Eugene Onegin and The Queen of Spades, and Shostakovich’s Fourth Symphony.

If the professor would frown on my choice of a name then I challenge him to propose a better one. However, I will close with a plug for my candidate. 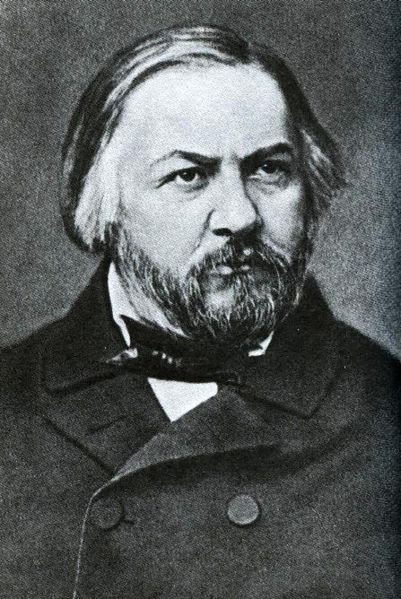