I'm not sure this could be called "end-state capitalism," seeing how socialist city planning based on berserk taxation and state control of commanding-heights industries is not exactly capitalism, is it?  But this observation doesn't undercut the artist's photo depictions of urban dystopia:

British photographer Marcus Lyon creates apocalyptic images of what cities might look like if left to grow out of control.

Not even Governor Rick Perry's boldest dreams of a NAFTA superhighway funneling up through Texas like a wildcatter's front zipper can compete with Dubai's Sheikh Zayed Road. Twelve lanes wide, lined by soaring skyscrapers on either side, and more than 300 miles along, the highway frames the greatest concentration of opulence in the world. It may be the single best monument to the 20th century that late capitalism has to offer.

If you ask Marcus Lyon, though, the Sheikh Zayed Road doesn't go far enough. What's 12 lanes when you could put together 12 highways? It's the difference between a trickle and a flood.

Lyon's photographs are that severe. His works imagine end-state capitalism, just before the whole thing shuffles over the brink. Using digital technology, the artist pushes various developments out to their logical conclusion, as if to warn people about what we are building -- and demonstrate that it's already too late to stop.
[...]

Of the four Lyon photos shown in the article I found the one of Long Beach the most unsettling because without knowing the story behind it I would have assumed that's the way Long Beach actually looks today. 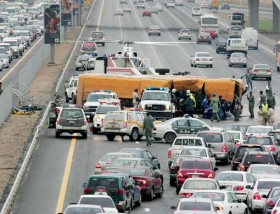 Okay, that was another car accident, although I can't see how it affected so many lanes. Do all the lanes converge at some point at the edge of the desert? 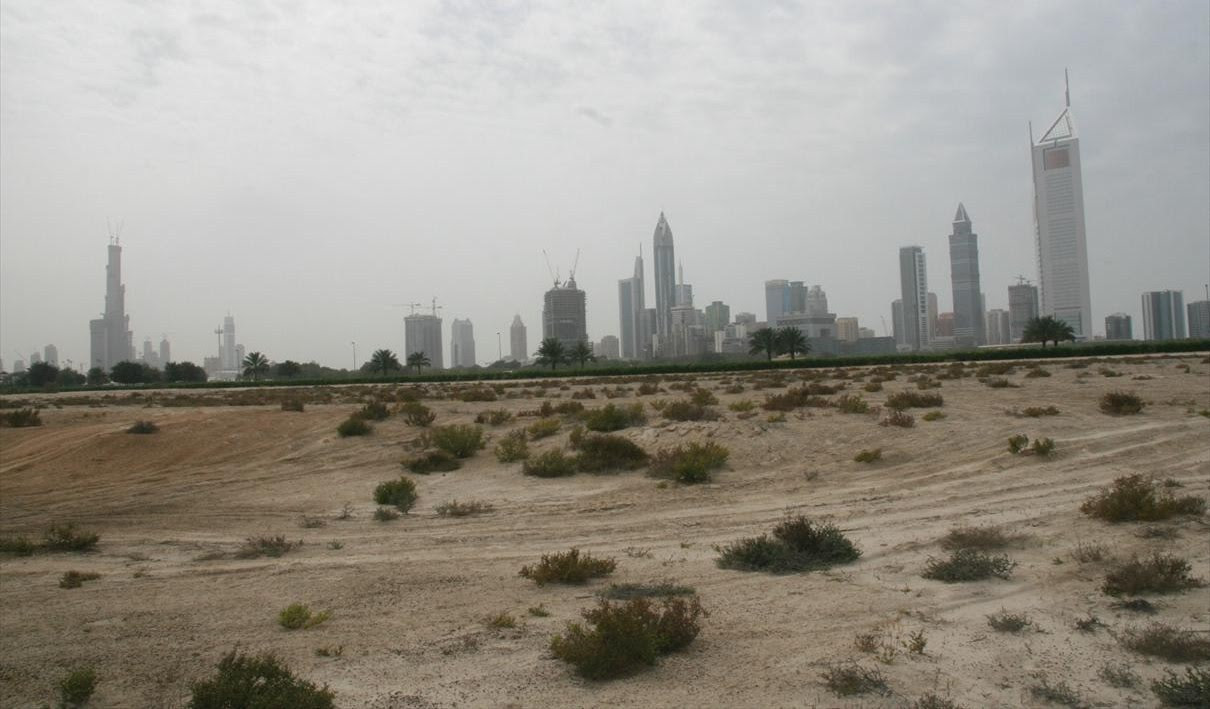 Anyway it looks pretty at night: 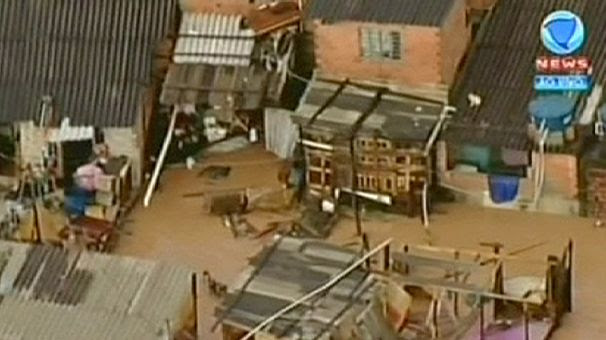 Wait a minute; that's not a 12-lane highway.  Where are we?  Sao Paulo.  Yes they've been hit by severe flooding again after heavy rains.  "The country's southeastern region is experiencing its worst drought in 80 years but the floods -- the latest of several this year -- will do little to alleviate it.  Across the state thousands have had to leave their homes because of floods and mudslides."

The floods will do virtually nothing to alleviate the drought.  The torrential rains have a habit of falling removed from the reservoir and the city isn't into flood management or rain reclamation. It just floods, turning entire districts into rivers within minutes, then the water runs off.

The images in the photo don't quite fit with Lyon's imagining of the Sao Paulo of the future, so they? (Click on the photo to see its size in the article.) 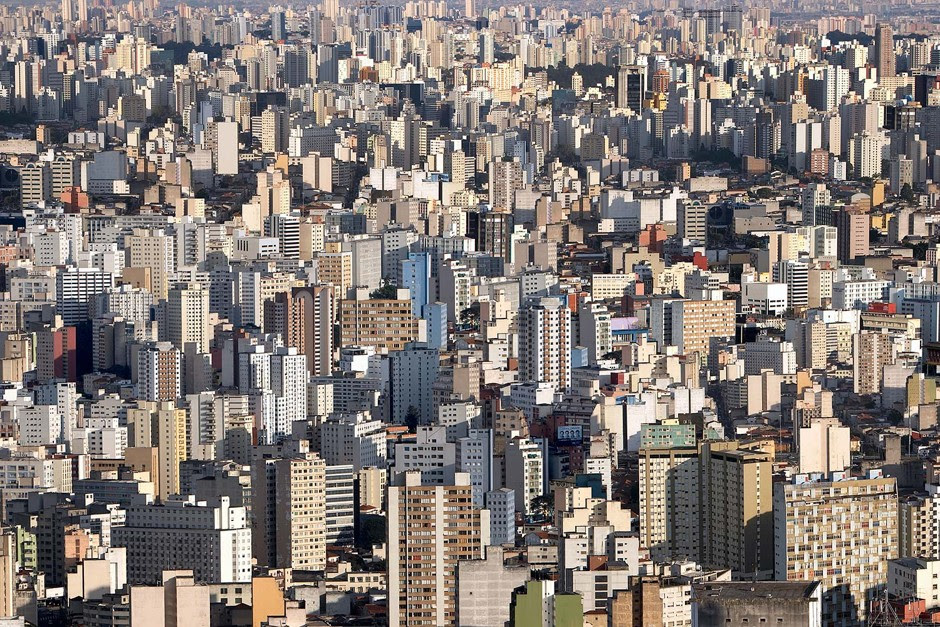