He actually drained the water from two villages but one he and his entourage drained in a single day. Moreover, as readers who've followed my posts on water know, when the well water gets very low it can become poisonous.

Granted, King Mohammed is obviously a water hog, but the report underscores that many parts of Europe are living on the knife's edge when it comes to water supply. They simply cannot afford huge numbers of immigrants (or tourists, for that matter) descending en masse on their water tables. Wake up, Europe. 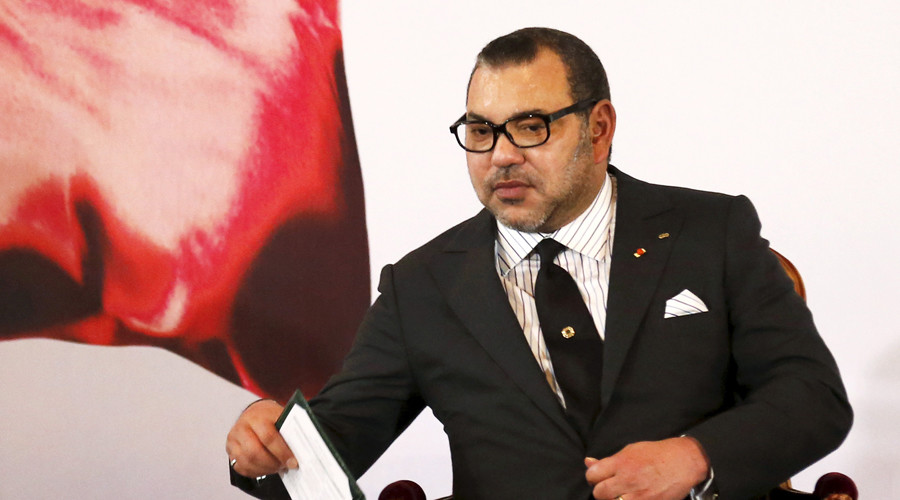 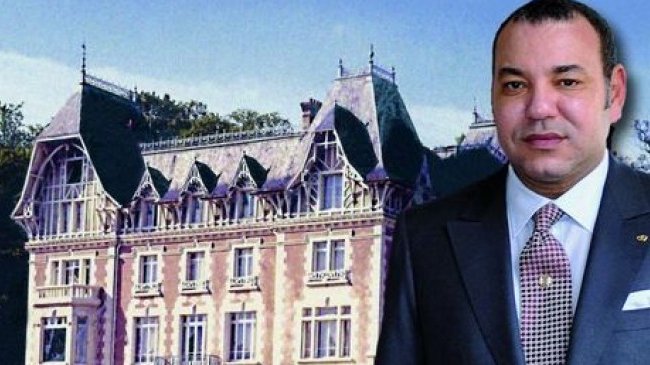 The residents of some villages near Paris, chosen as a place of recreation for the King of Morocco, are far from amused. The monarch, who brought up to 300 people with him, has drained their water supplies.

King Mohamed VI apparently loves pompous holidays – for his French vacations in the small village of Betz he brought a whole entourage of 300 people. Betz, some 40km from the French capital, has a population of around 1,000.

The vacationers who arrived August 24 drained all the water resources of a small village in a single day, according to French media. The water was necessary not only for consumption, but for keeping the garden and watering horses in the king’s huge castle (or, perhaps, oasis).

“We received a message from the water department which advised us from drinking tap water,”local resident Dimitri told Le Parisien.

However, Betz was not the only village to suffer – the Moroccan royals also drained the nearby village of Villiers-Saint-Genest, 4km away. The population there is some 350 people, about the size of the king’s entourage.

Saur group, which optimizes water resources, has been delivering bottled water to residents, mainly to schoolchildren and the elderly.

“It is clear that his [the king’s] presence accelerates the problem of water resources,” a Saur official told Le Parisien.

Social media users have expressed anger over the Royal oasis in deserted French villages. The hashtag # EaupourBetz (water for Betz) has recently appeared on Twitter. Some users called the Moroccan King simply “a thief” and ironically wrote: “Long live the King.”

“France is no longer an oasis,” joked @ marquis201789, while @ CamillePolloni added: “When the king is [in France], consumption [of water] is skyrocketing”.

Alrighty. Now let's take a look at the water situation in Morocco.

Morocco Prays to Save Wheat Fields After Catastrophic Drought

[flipping a pen in the air] All right let's just grit our teeth and read:

Morocco’s drought has probably wiped out half of its wheat harvest -- devastating a country where even the King has called on the nation to pray for rain.

The driest start to winter in two decades in the center of the country has decimated crops in Africa’s second-biggest wheat grower, where just 15 percent of fields are irrigated. Imports may double to a record next season to account for the reduced harvest, a Bloomberg survey of six analysts showed.

Moroccans consume more than three times as much wheat as the global average, eating it in everything from thick soups to filo-dough pastry. The grain is a staple in North Africa, where higher food costs and shortages in the past six years helped trigger unrest that led to the toppling of governments in Egypt, Libya and Tunisia.

“The harvest is going to be catastrophic,” said Abdelaziz Oumarrou, a 31-year-old farmer whose 5 hectares (12 acres) near the city of Midelt support his family of four.

“This kind of agriculture has no future. We have to change and start doing things such as irrigating.”

So you think you have start irrigating, eh? You frickin imbecile. Where do you think you've been living all these years? In the frickin tropics?

All right Pundita, just calm down. But realize all these imbeciles are heading our way. WHEN THEY COMPLETELY RUN OUT OF WATER in the Middle East the human locust swarm will descend on the USA. And Canada. Of course they can't descend on Mexico for any more than 15 minutes because the Mexican government just funnels the locust swarms to north of their border.
*********
Posted by Pundita at 9/28/2016 08:00:00 PM