Mexican town shows the way: No political parties and no organized crime

"The Mexican government recognizes Cherán as an autonomous, self-governing community under the Usos y costumbres legal provision granted to some indigenous communities throughout Latin America." 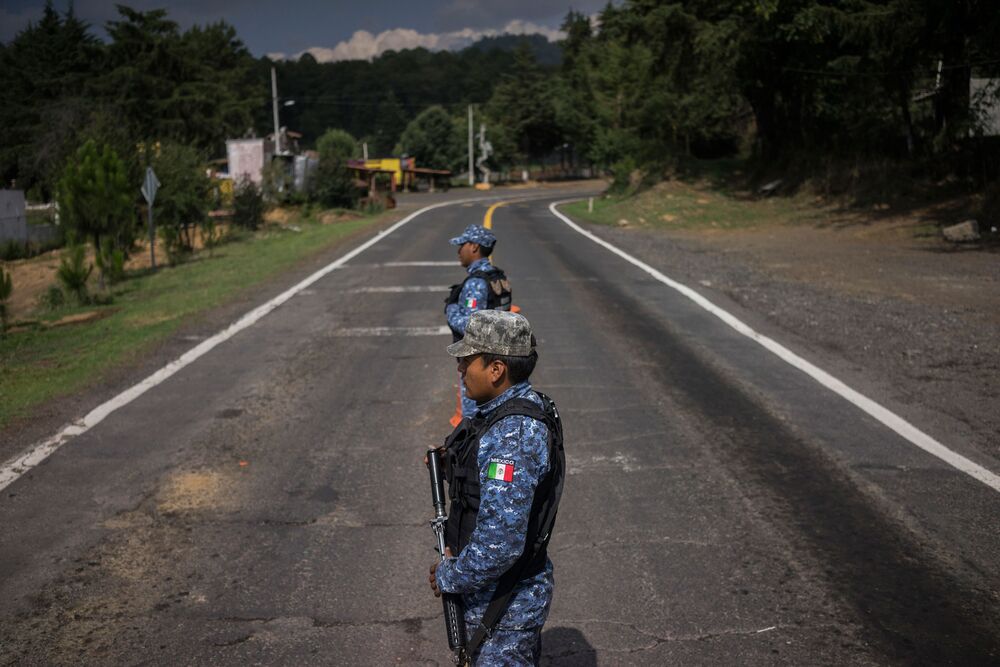 For the past six years, the townspeople claim they have dodged the statistics that plague the rest of Mexico. Pedro Chavez Sanchez, a member of Cherán's elder council, spoke to photojournalist César Rodríguez, on how Cherán succeeds in spite of the violence growing in the rest of Mexico.

"Things cannot change unless you change things within, and that is how we did it. We worked as a community to create the change that we wanted. We listened to our elders, we trusted in our customs. If we have a problem, it is our problem, we solve it as a whole. We have no political parties, and we have no organized crime."

The quotes and photograph are from Bloomberg's photo essay/report, Women Kicked Out Organized Crime in This Mexican Town: The people of Cherán haven't had a single slaying or serious crime in six years
By Marie Monteleone and Eric Martin
August 11, 2017, 6:00 AM EDT
Bloomberg


This year, Mexico homicides climbed to 12,155 through June, according the nation's interior ministry, up 31 percent from the same period in 2016. The 2,234 killings in June were the most since any month since at least 2001. The town of Cherán is located in the Mexican state of Michoacán, known as one of the most dangerous states in Mexico.

More than 180,000 people have been killed in Mexico since then-President Felipe Calderon sent the army to fight organized crime groups in his native state of Michoacán in 2006. But one small town in that state says it hasn't had a homicide since 2011 because its residents — led by women — took up arms to kick out groups who had expanded from drug trafficking into illegal logging.

While overall in Michoacán, federal authorities say 614 people have been killed this year, a 16 percent increase from 2016, the people of Cherán say they've become immune to serious crime.

They expelled the politicians and local police, and community members now patrol the area wearing uniforms emblazoned with the slogan “For Justice, Security and the Restoration of Our Territory.”

Photographer César Rodríguez traveled to the town of 20,000 to photograph the community.

Visit Bloomberg for the rest of  Rodríguez's photos and accompanying captions, which tell more of the story of how Cherán governs itself -- and keeps out organized crime.