Easter Deluge in North California: File under Signs and Portents 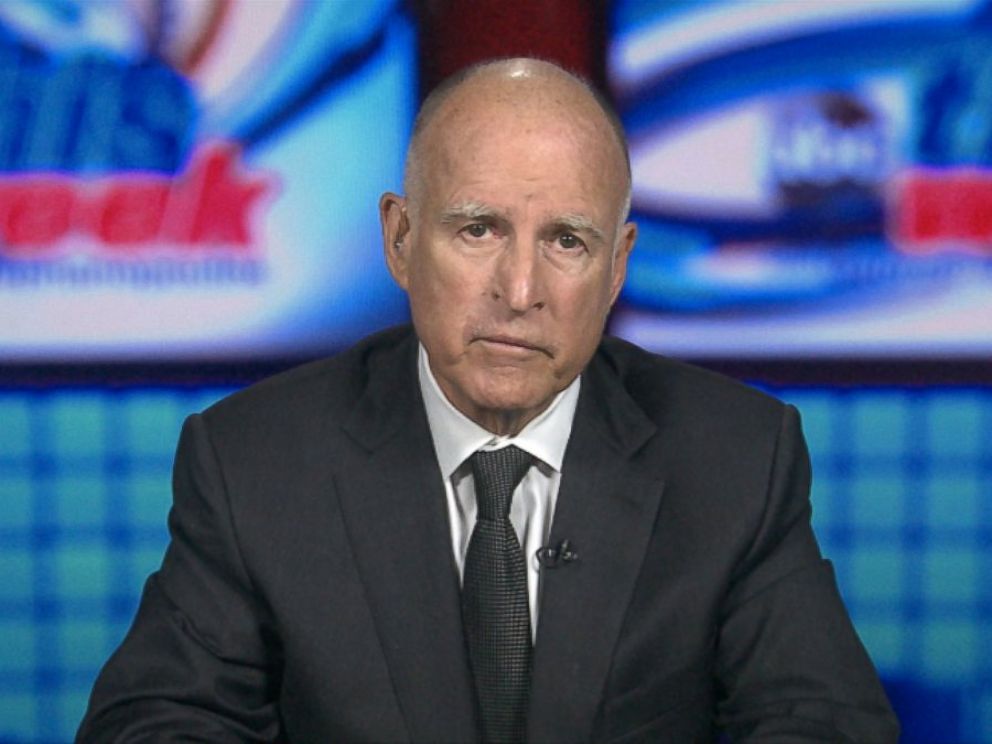 So there was a grim Governor Jerry Brown, his famously boyish face looking awfully grown up, sparring with reporter superstar Martha Raddatz on ABC's This Morning this Sunday morning about his historic announcement earlier this week to impose water restrictions in California through Executive Order.

But was this enough, Martha wanted to know. What about those water hogging almond trees and the factoids that agriculture is only 2 percent of California's GDP but consumes 80 percent of the state's water?


Brown retorted that the factoids omitted the singular facts that California's agriculture provides most of America's fruits and vegetables and employs large numbers of farm workers.

Furthermore, "If you don't want to produce any food and import it from some other place, of course you could do that. But that would displace hundreds of thousands of people and I don't think it's needed."


Despite his defense of the state’s powerful agricultural industry, the governor sent a shot across the bow of many California farms with so-called “senior water rights” -- those farms that received their permits before the current system came into place in 1914, allowing them to buy water at a fraction of the cost everyone else pays.

Brown called that system “archaic” and said it may be examined if the drought continued.

“Some people have a right to more water than others. That's historic. That's built into the legal framework of California," he said. "If things continue at this level, that's probably going to be examined, but as it is, we do live with a somewhat archaic water law situation.”

Cut to next news video at ABC's website:  ABC Senior Meteorologist Rob Marciano standing in the pouring rain in California's Napa Valley, his conversation interspersed with video clips of residents scurrying around with sandbags to ward off flooding river waters.

Accuweather, at least when I checked around 2:00 PM, was behind the curve of events with its announcement that a wet weather pattern was setting up for California this coming week.  "Setting up?"  It's raining cats and dogs in the state's northwest, with blizzard conditions once the rain hits the higher elevations in the Sierra Nevada mountains that stretch from California to Washington and Oregon states and have been practically bare of snow this winter.

So if only Gov. Brown had waited a few days, at least he could have been standing in a foot of snow instead of brown grass to make his historic announcement.  But it was so late in the season for snow that meteorologists had assumed there wouldn't be any more this year.

What happened?  A "Pineapple Express" storm suddenly arose and barreled across the Pacific from the Hawaiian islands to the northern California coast.

The deluge will wipe out San Francisco's water deficit, explained Marciano, although don't expect it to make much of a dent in the drought by the time it moves to southern California. During the next 36 or so hours before the weather system moves on, it will give the tinder-dry vegetation in southern parts of the state a good drenching, helping to dowse fire hazards and letting homeowners with dying lawns off the hook,

Yet in this world it is symbolic gestures that count, and if one lives in California it doesn't get more than symbolic than a drenching on Easter Sunday in the midst of a horrific drought.

True, the event could also be filed under, "What Nature thinks of politicians" but to stay with the Easter message of Resurrection it can be read from two sides.  For those who needed a sure indication of his deathlessness, Jesus returned, briefly and walked among his disciples.  But it was also a warning to disciples that with their faith now shored it would take their own efforts to help spread the glad tidings that on consideration God had decided even fools could be forgiven their sins.

I doubt Californians had to think deeply on this interpretation of the Easter deluge before grabbing every pot and bucket in sight and setting it out in today's rains -- when they weren't busy setting up flood barriers.  In fact, during the past couple years of drought they've gotten better and better at catching raindrops by every means available to them.

Now it will take the state government to chip in with giant rain catchment systems across the entire of California.  And start replacing concrete paving with permeable material that allows rain to soak into the ground -- a project New York City already has on the drawing board.

But -- little by little, and don't wait for the grand schemes. 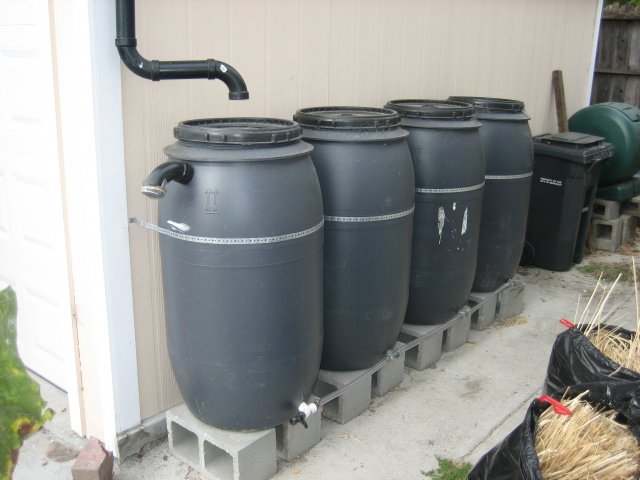