Oh no! Not another American Regime Change Operation!


The Trump administration has launched an offensive of speeches and online communications meant to foment unrest and help pressure Iran to end its nuclear program and its support of militant groups, U.S. officials familiar with the matter said.

More than half a dozen current and former officials said the campaign, supported by Secretary of State Mike Pompeo and national security adviser John Bolton, is meant to work in concert with U.S. President Donald Trump’s push to economically throttle Iran by re-imposing tough sanctions.

The drive has intensified since Trump withdrew on May 8 from a 2015 seven-nation deal to stop Iran from developing nuclear weapons.

The current and former officials said the campaign paints Iranian leaders in a harsh light, at times using information that is exaggerated or contradicts other official pronouncements, including comments by previous administrations.

“Let me be clear, we are not seeking regime change. We are seeking changes in the Iranian government’s behavior,” a State Department official said in response to questions from Reuters.

Where the hell is the reincarnation of George Washington? 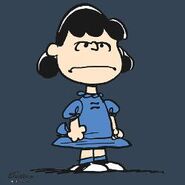 I can't take any more of this!