Some news reports I won't find time to write about

But at least I can share the headlines, under alphabetically listed country and issues titles, although there are some that could go under both; e.g., Turkey's huge Kanal project, which is predicted to touch off environmental and social disasters.

Most of the news reports on the list are from October, and there are about four opinion pieces. I've added my one-liner comments to a few items on the list and snatched up 'priceless' illustrations that were published with three of the articles.

Proposed Legislation: 12 Years in Prison For Danes Holding Pro-Russia Views
October 13, 2018 - SouthFront
The European branch of the 'Get Russia' crowd in overdrive. Syria could face tough sanctions if it blocks political process: U.S. diplomat
September 28, 2018 - Reuters
" ...and then we will make it our business to make life as miserable as possible for that flopping cadaver of a regime and let the Russians and Iranians, who made this mess, get out of it.”

Dogs Can Understand Human Speech A Lot Better Than We Thought
August 2016 - HuffPost
"If you have a dog, you probably already suspected this."

Skyrocketing allergies to peanuts, other foods
October 26, 2018 - CNBC
Are American children so clean their immune systems are weak?

You can cut your cancer risk by eating organic, a new study says
October 22, 2018 - CNN

The most common Mediterranean migration paths into Europe have changed since 2009
September 18, 2018 - Pew Research

As unusual drought hits eastern Nepal, farmers migrate to get by
October 9, 2018 - Reuters

Why are we in Somalia?
October 15, 2018
Long War Journal report for the John Batchelor Show (audio)
U.S. military in Somalia

Spread of Radical Islam in France and Sweden

France: Under Macron, We Don't Talk of Islamist Radicalization, but It's There - Scholar
October 13, 2018 - Sputnik 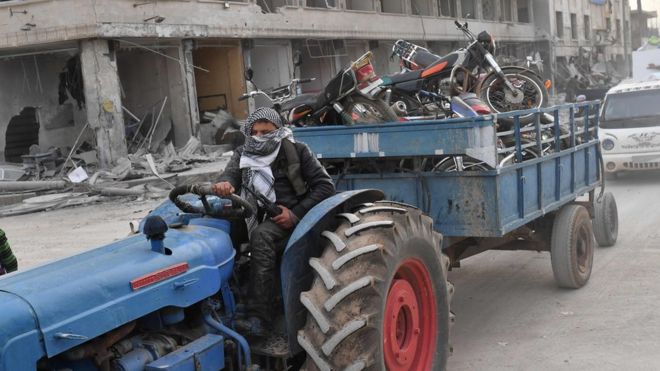 October 22, 2018 - Vox
"The impact of foreign arms sales on the US economy is minuscule"

Hard Times at Snowflake U

October 14, 2018 - PJ Media
This one's a keeper.
Snowflake definition (slang): an emotionally hypersensitive person. In America several universities have set up 'safe' rooms for such students, where they can drink hot cocoa, crayon coloring books, etc., whenever they become upset by something.

Half of Yemeni population survives on foreign aid – UN