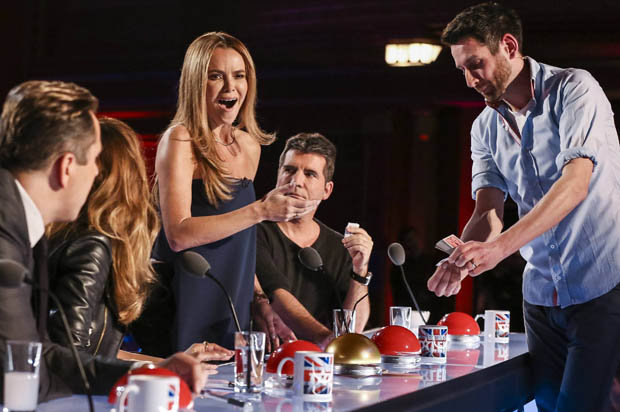 The team of Skippy the three-legged Toy Collie, Matisse the Sheepdog and Jules the Trainer

Sausage Thief skit in the competition 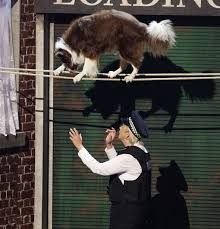 At the end of the performance, it’s revealed that Shetland Sheepdog Matisse actually took the sausages to share with his three-legged buddy, Skippy. What? Us? No, we’re not crying, we’ve just got some dust or a dog bone in our eye…
The Public Votes 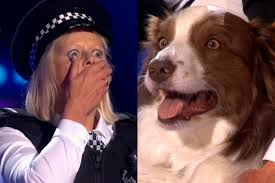 They will perform in this year's Royal Variety Performance and take home a cash prize of £250,000.

The final drew 13.4 million viewers on Sunday night, with the show becoming this year's highest rating programme on TV so far.

A clearly emotional Jules told Newsbeat after the victory that Matisse would get lots of treats.

"[I've] not really had time to think about what we are going to do with the money. Obviously I'm going to get all my dogs lots of gifts and treats and toys and everything else.

"My daughter is begging me for a new phone. I'm pretty sure she's going to get her wish."

A different dog, a stunt double, walked across a tightrope in a performance described by Simon Cowell as "one of the best dog acts we've ever seen".

I've just been informed that Matisse had a stunt double doing the tightrope walk. Absolutely fuming. I voted for that dog!!!!

Thousands of viewers who voted for Britain's Got Talent have been offered a refund by ITV after Ofcom found they were misled over a stunt dog double.

Ofcom has ruled the ITV talent show was likely to have inadvertently misled viewers after an act featuring Matisse the dog used a lookalike to perform a tightwalk routine.

ITV has now offered to refund any voter who called in to support Matisse and his owner Jules O'Dwyer, after it received 1,175 complaints.

It could leave them open to paying up to £50,000 to viewers, in line with the number of fans who chose to pay to vote at 50p each via phone or text. Refunds will be delivered by cheque.

Around 4.5 million votes were received in total, with 22.6 per cent of those going to Matisse and his owner. The vast majority of those are understood to have voted through a free app.

A report into the incident by Ofcom found: "We considered that, although the Licensee may not have intended to deceive viewers, the presentation of the act 'Jules O’Dwyer & Matisse' not only had the potential to mislead, but was likely to have done so. "

ITV had argued that “most viewers would accept that this was a simple mistake of omission by the production team" and "did not constitute any inadequacy or failure in the broadcaster’s compliance processes, or any unfairness or negligence in the operation of the vote that would thereby invalidate that vote or its outcome”.

Ofcom investigated the incident in June this year after it emerged that Matisse had not performed the tightrope stunt, the most spectacular element of the winning sketch.

It starred O'Dwyer as a policewoman going after "sausage thief" Matisse and another of her pets, three-legged Skippy.

Producers apologised, saying that the use of O'Dwyer's other dog Chase should have been "made clearer to the judges and viewers".

O'Dwyer, who won a spot on the Royal Variety Show as well as the £250,000 prize, said that she was "shocked and surprised" by viewers' reactions.

The guide dog trainer, who beat Welsh choir Cor Glanaethwy and magician Jamie Raven, said she did not use Matisse, the dog which viewers believed performed the stunt, because he did not like heights.

"I was disappointed when people said I allegedly hid Chase and I was trying to make it like Chase was Matisse. That's not so," she said.

"I introduced Chase in the semi-final, and I said Chase is Matisse's best mate. Why put the pressure on the dog when I already have another dog who can perform it on television?"

The show's boss Simon Cowell said "no-one set out to fool anybody" and blamed the "confusion" of a live show for the mixup.


All right, maybe you wouldn't want to buy a used car from them 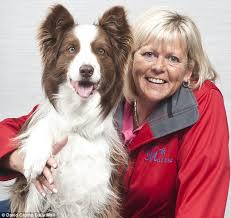 But it's the principle that's at stake.  Now look, I don't care how good the choir and magician were and whether Simon Cowell and Jules pulled a fast one or that 1,700 viewers felt cheated, or whether Matisse was a co-conspirator. No one should be able to win a talent contest against a three-legged Toy Collie.

That's the way things are in the United Kingdom and that is the way things must someday be throughout the entire of civilization if humanity is to continue its march toward betterment. 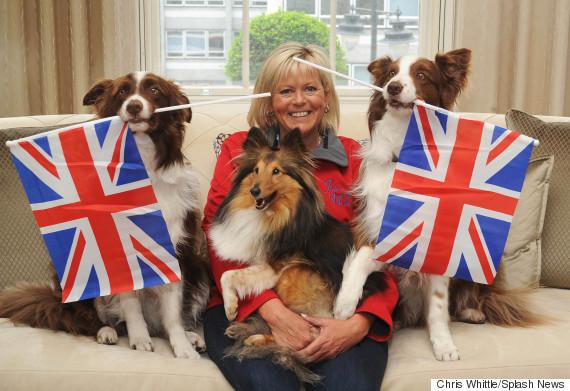