”Yesterday, I heard some Shia songs" 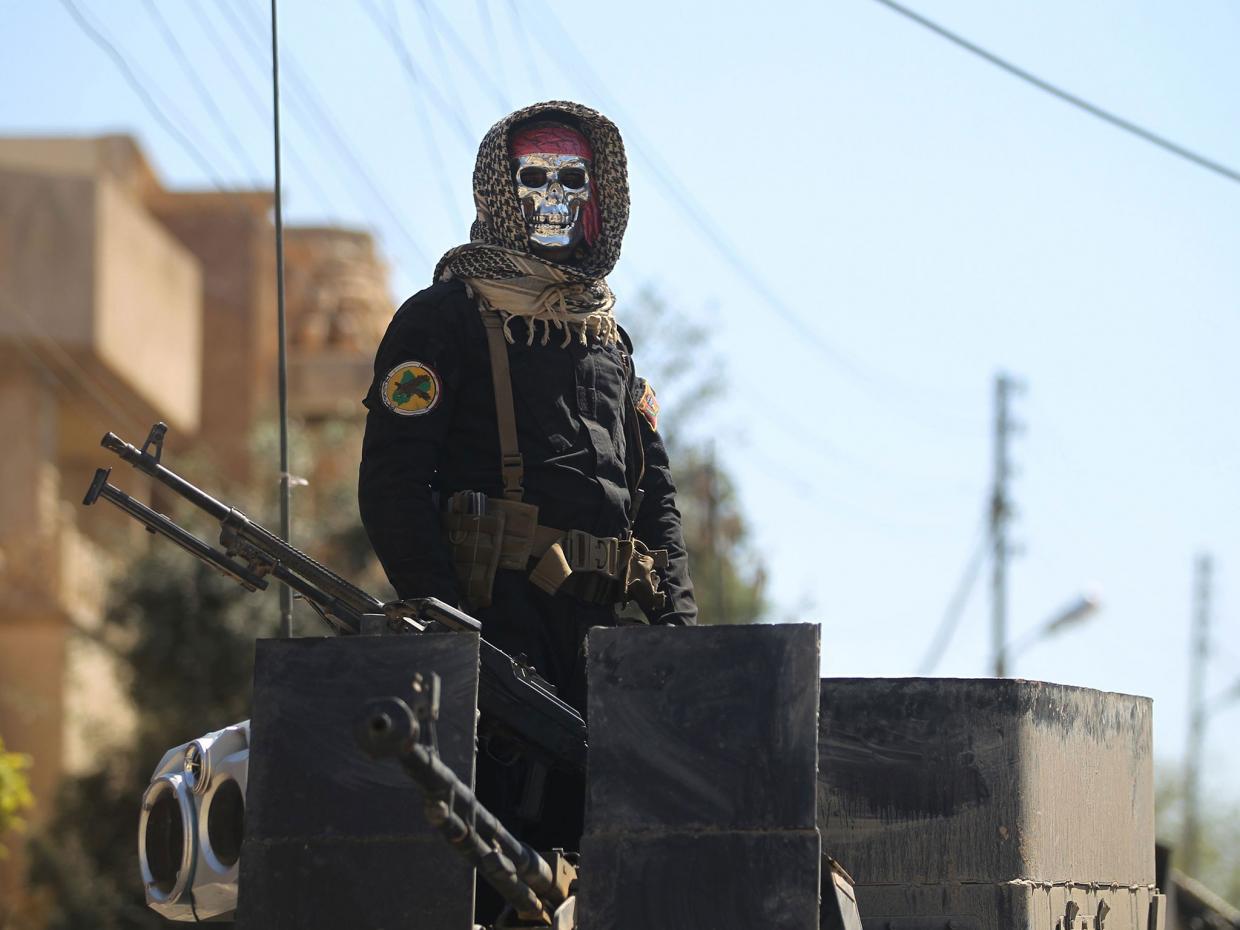 "An Iraqi soldier stands guard in Mosul's al-Jadida area, where air strikes have killed a large number of civilians in recent days." AFP/Getty via the Independent

In the third part of his series from Iraq, Patrick Cockburn speaks exclusively with trapped residents in the city’s ancient neighbourhoods, where the alleyways provide the perfect battleground for jihadis’ guerrilla warfare

People trapped in the Old City of Mosul are dying of hunger because they have not received any food for almost three weeks according to a resident.

In an exclusive interview with The Independent, Karim, a 28-year-old taxi driver who lives in the ancient centre of Mosul, says that many people, including several he knows, one of them a friend, have already died of malnutrition.

“Some areas of the Old City have not had any food delivered for 20 days and most people have spent all their savings,” says Karim. He adds that during this period there has been no water and no electricity and nobody can leave the area because Isis shoots them if they try to do so. “We cannot get out of our houses,” he says, “it is not safe at all.”

Karim’s account, given over a weak mobile telephone link to east Mosul, throws light on what is happening in the Old City, a warren of narrow alleyways and ancient houses which is crammed with people and still largely controlled by Isis.

Aid agencies estimate that there are 400,000 people living here and a further 200,000 on the outer periphery whose status in terms of food and safety has hitherto been unknown. People are unable to escape to areas already captured by Iraqi government forces and join the tens of thousands fleeing south away from the fighting. These board blue and white buses that take them to camps at Hamam Alil where they are vetted to detect Isis members, fed, receive medical attention and housed in tents.

Karim gives a vivid picture of the confusion and terror in Old City, with its narrow alleyways where no vehicle can go, makes it ideal terrain for Isis’s style of urban guerrilla warfare. Isis squads of half a dozen or more fighters, including highly experienced snipers and bomb makers, slip from house to house through holes in the walls. Surprisingly, Karim says there are not many Isis fighters in the southern part of the Old City, but the army has not yet entered the area.

Though Karim is still in an Isis-held neighbourhood, the Iraqi security forces or the Hashd al-Shaabi, the Shia paramilitary militia, are not far away. He says that ”yesterday, I heard some Shia songs. When we hear such songs, we realize that the Hashd or the Army are close to the area. The Hashd usually raises the volume of their songs which can be heard clearly at night.”

Karim believes that Isis is moving its wounded to the north part of the Old City away from the frontline in the south. He says that “I talked to my cousin who lives in Az Zanjili neighbourhood. He said his son was with dozens of people in Al-Jumhuri Hospital [where they had gone to escape airstrikes in the belief that it would not be hit] and they could see the Daesh wounded were being transported to other areas to the north of the city. People who live near the hospital said that the Daesh vehicles transported the wounded to Hay 17 Tammoz neighbourhood.”

Isis fighters are under intense pressure from air attack and ground forces that far outnumber them. They have managed to hold back Iraqi Federal Police and other units on the southern periphery of the Old City, inflicting heavy casualties. The Iraqi government does not reveal its losses, but General Joseph Votel, the head of US Central Command, says that Iraqi forces have lost 284 killed and 1,600 wounded so far in their bid to capture west Mosul that started on 19 February, compared to 490 killed and 3,000 wounded in its successful three month-long battle for east Mosul. Civilian loss of life is not known.

Iraqi government forces have changed their tactics and Isis is now being attacked by the so-called Golden Division, a specially trained 10,000-strong elite unit attacking the Old City from the west. The plan is evidently to make multiple attacks on Isis, which has an estimated total of between 3,000 and 4,000 fighters in Mosul, to spread them out and make it easier for assault teams to penetrate into the Old City.

Everywhere in and around those parts of west Mosul held by Isis, perhaps a quarter of the city as a whole, remain highly dangerous where a simple mistake can have lethal consequences. Earlier this week, a 33-year-old taxi driver called Jasim made just such a mistake which almost cost him his life as it led to his house being targeted by a drone.

By his account, three weeks ago the Iraqi military had told people in Mosul not to cover their car or property with canvas or any other material or they would be targeted by drones or aircraft. The reason apparently was that Iraqi officers, or American special forces that are also calling in air strikes, believed that Isis was using these materials to hide weapons and munitions. People in government-held east Mosul were told about this and asked to inform their relatives and friends in the west, if they could reach them by phone.

Unfortunately for Jasim, he misunderstood the point and thought the warning only applied to canvas covering cars and also forgot that there was a piece of canvas covering one part of the roof of his house.