Americans! How to tell if you are an agent for Russia's government

This public service announcement omits the most obvious clues that you work for the Russians, such as being able to find Russia on a map and knowing that Soviet Russia and the United States fought on the same side during World War Two.

Here we are concerned with the top 10 subtle "tells" that you are a Russian agent or dupe of the Kremlin:

9. You have watched the movie "Dr Zhivago" in its entirety
8. You can correctly pronounce "Medvedev"
7. You have eaten Beef Stroganoff
6. You believe Russia is no longer a communist country
5. You know the name of the author of "War and Peace"
4. You purchased a set of nesting dolls when you toured Russia
3. You toured Russia
2. You would laugh if anyone called you a spy for Russia

And the #1 way to tell if you're a Russian agent is you don't see anything sinister about Russian President Vladimir Putin playing with his dogs in the snow: 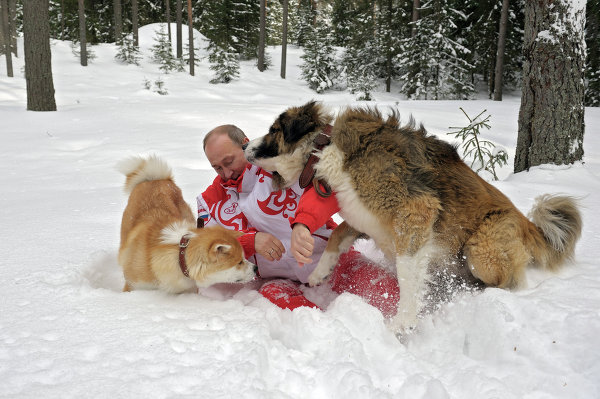