"Al-Masdar has been under a heavy attack for the last 3 hours. Over 4,500 attacks on the website and all of the attacks coming from the US."  [Right now the site is down]

That's  from AMN chief Leith Fadel's Twitter page. Now why would anyone want to take down such a nice Syrian war news site?


"There were no 'chemical weapons' at the Shayrat Airbase. The US destroyed the Syrian air defense system that targeted Israeli warplanes."

"That pretty much says it all – evidence on “Assad crimes” supplied by a committed jihadist (not even a doctor): 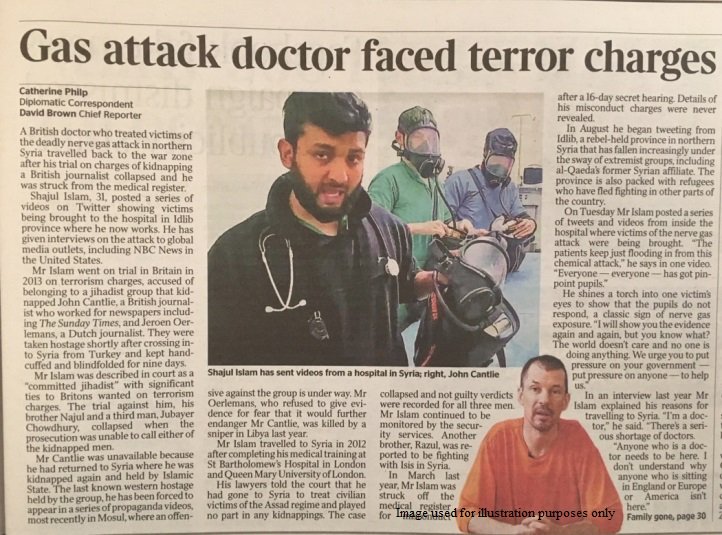 The copy of the newspaper is actually a re-tweet from the Russian embassy in the UK.

I could go on and on like this to explain why but basically it's because AMN is on Mordor's hit list.