Rana Case: Today the United States of America goes on trial along with a man whose identity is unknown to many Americans 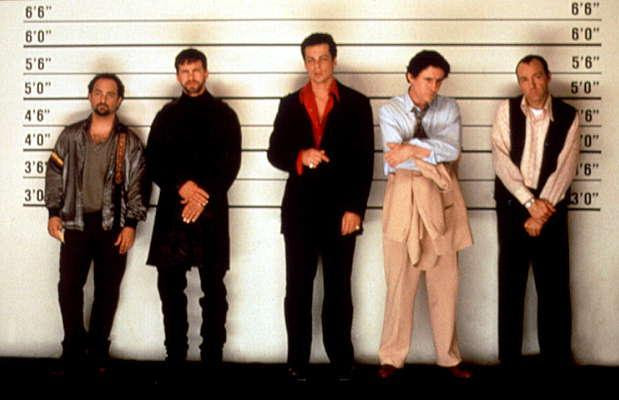 Great power attracts evil to it like iron filings to a magnet, so one shouldn't be surprised at the number of people in Washington who over the course of a half century have used every justification to entangle the world's most beneficent democracy with a society where brutality is considered the defining badge of manhood and the cruelest cunning is admired as a governing principle.

So here we are today, waiting for the opening statements in the Chicago trial of Pakistani-Canadian Tahawwur Hussein Rana along with six Pakistanis being tried in absentia for their alleged roles in the 2008 Mumbai massacre and/or the planning for a terrorist attack on a Danish newspaper. Dr Rana's defense argument was shot down even before the trial began. From Bloomberg's May 16 report:

Rana’s lawyers told prosecutors in January that he planned to assert as a defense that he was acting “pursuant to his actual or believed exercise of public authority on behalf of the government of Pakistan and Pakistan’s Inter-Services Intelligence Agency,” and not Lashkar-e-Taiba, U.S. District Judge Harry Leinenweber said in an April 1 ruling.

Prosecutors opposed Rana’s bid to raise the ISI defense, as well as a bid to subpoena the Federal Bureau of Investigation and Department of State for any cabled messages between the U.S., Pakistani and Indian governments concerning Rana, Headley, the ISI or Major Iqbal.

Supporting his bid, Rana’s lawyers cited Headley’s grand jury testimony in which he’d allegedly testified that Headley told Rana he had met with Major Iqbal, and that Headley had been asked to work for the ISI and to conduct surveillance in Mumbai.

Leinenweber rejected Rana’s bid to defend himself by claiming he believed his actions were in service to the Pakistani government and the ISI.

“Defendant’s proposed defense that Pakistani government and ISI officials sanctioned his violations of U.S. federal law is objectively unreasonable,” Leinenweber ruled. “Regardless of whether defendant believed Headley conducted surveillance on behalf of the ISI or Lashkar in Mumbai, his argument that a non-federal official can have actual or apparent authority to exempt him from violating a federal law fails.”

The judge then quashed the FBI subpoena, holding his rejection of the ISI defense rendered that evidence irrelevant.

Indian agencies suspect that eagerness of American agencies to protect its mole -- David Coleman Headley, who in all probability was a CIA agent who had successfully infiltrated LeT and managed to tip off the US of an impending sea-borne LeT attack on Mumbai well ahead of 26/11 -- may have made them reticent about sharing specific details of the 26/11 plot with India despite being in the know.

The US — which continued to share intelligence with India regarding LeT's plans to target National Defence College and other targets here, all sourced from Headley, until September this year — may have decided to arrest him only to preempt LeT's plans to target the office of Danish publication Jyllands Posten in Copenhagen, Denmark.

It has now become amply clear that Headley was the source of information behind US agencies' alert to India in September 2008, warning of a LeT attack on Mumbai through the sea route. Investigations into the 26/11 conspiracy have confirmed that the LeT operation was originally planned for September, but had to be aborted twice due to logistical glitches. The 10 gunmen finally set sail from Karachi on November 22, 2008.

A key terror suspect who allegedly helped to plan last year’s attacks in Mumbai and plotted to strike Europe was an American secret agent who went rogue, Indian officials believe.

David Headley, 49, who was born in Washington to a Pakistan diplomat father and an American mother, was arrested in Chicago in October. He is accused of reconnoitering targets in India and Europe for Lashkar-e-Taiba (LeT), the Pakistan-based terror group behind the Mumbai attacks and of having links to al-Qaeda. He has denied the charges.

He came to the attention of the US security services in 1997 when he was arrested in New York for heroin smuggling. He earned a reduced sentence by working for the US Drug Enforcement Agency (DEA) infiltrating Pakistan-linked narcotics gangs.

Indian investigators, who have been denied access to Mr Headley [they have since been given access], suspect that he remained on the payroll of the US security services — possibly working for the Central Intelligence Agency (CIA) — but switched his allegiance to LeT.

Mr Headley, who changed his name from Daood Gilani, was in Mumbai until two weeks before the attacks on the city, which claimed 166 lives last November. It is alleged that he spent months checking targets in India’s commercial capital, using his Western looks and anglicised name to move in elite social circles, hobnob with Bollywood actors and even to pass himself off as Jewish.

Despite being firmly on the radar of the US intelligence agencies, he was allowed to return to India as recently as March. Indian officials are furious that their American counterparts did not share details of that visit at the time. The Indian media has raised the possibility that Mr Headley was being protected by his American handlers — a theory that experts say is credible.

“The feeling in India is that the US has not been transparent,” said B. Raman, a former counter-terrorism chief in the Indian foreign intelligence service, the Research and Analysis Wing.

“That Headley was an agent for the DEA is known. Whether he was being used by the CIA as well is a matter of speculation, but it is almost certain that the CIA was aware of him and his movements across the subcontinent.”

According to Mr Raman it is probable that Mr Headley, who was arrested when the US authorities learned that he was about to fly to Pakistan, was listed on the main database of the US National Counterterrorism Center, a facility used by the CIA and several other American agencies to track terror suspects.

Indian officials suspect that US agencies declined to share intelligence to avoid compromising other secret operations and to be able to deny any link with Mr Headley.

Analysts believe that the US may also have been anxious to avoid sharing information that could further raise tensions between India and Pakistan, nuclear-armed neighbours who have fought three wars.

According to documents put before a court in Chicago, Mr Headley had links with the Pakistan Army and, through it, with al-Qaeda.

As well as helping to co-ordinate the Mumbai atrocity, Mr Headley is accused of planning attacks on Mumbai’s Bollywood film industry, the Shiv Sena, a Hindu extremist group also based in Mumbai, a major Hindu temple, and a Danish newspaper that had published cartoons depicting the Prophet Muhammad.

The US authorities allege that he was close to Tahawwur Hussain Rana, a former Pakistani schoolmate and businessman who is also being charged with planning to attack the Danish newspaper, Jyllands-Posten. Mr Rana is accused of having known about the attack on Mumbai in advance.

The CIA denied that Headley had worked for the organisation.

“Any suggestion that Headley was working for the CIA is complete and utter nonsense. It’s flat-out false,” Paul Gimigliano, from the CIA’s Office of Public Affairs, said.

The Indian Home Secretary, Gopal Krishna Pillai, has said that his Government would seek the extradition of Mr Headley — a request that has so far been stonewalled by US officials.

Extradition is now unlikely given Headley's guilty plea. As to the conjecture that the U.S. government may have been "anxious to avoid sharing information that could further raise tensions between India and Pakistan," that is complete and utter nonsense. Through a fluke, blind luck, or the intervention of God -- however you want to view it -- Indian authorities learned within the first hours of the massacre that LeT and ISI were the masterminds of the attack.

What the Indians didn't know at first, what they couldn't understand, was how the U.S. came to warn them of the attack. Was it through information picked up by signals intelligence, through CIA field operatives, or through an informant? It was important to know the answer because if the source was an informant, the question was why the U.S. hadn't allowed Indian intelligence officers to question the informant, given that the Indians were much better able than their American counterparts to prise meaningful clues from an informant about a LeT planned attack on Mumbai.

In other words, Indian authorities were looking at the possibility that the government of the United States had withheld vital information that in the right hands could have averted the massacre.

If any Americans would observe that such things can happen in intelligence work because governments need to protect their secrets, they might think differently if they considered the possibility that it was Americans who were the primary target of the terrorists who laid seige to Mumbai, with the Britons also a primary target.

There is evidence to suggest just such a possibility and moreover evidence to indicate that instead of hunting down the primary targets the terrorists had planned to blow up two hotels frequented by foreigners and well-off Indians. This would have resulted in enormous collateral damage, by the number and amount of unexploded RDX bombs found after the seige, with thousands of Indians and other nationals killed just to kill relatively few Americans and Britons.

It's still a matter for speculation as to why the terrorists didn't detonate most of the bombs.(1) And the scenario that Americans and Britons were the primary targets is based on the account of the lone surviving terrorist, but again there is just enough evidence to make his account plausible.(2)

The point of the above observations, for this writing, is that various sections of America's criminal justice, political, and intelligence-gathering systems still have a lot of explaining to do about some events leading up to the 2008 massacre in Mumbai. How the trial of Tahawwur Rana is conducted by the prosecution will tell volumes about whether representatives of the systems are determined to see justice done, or whether the trial is just another case of rounding up the usual suspects while the biggest perp gets away with murder again.

There is also the speculation, at least with regard to one of the targeted hotels, the Taj Mahal Palace, that the terrorists underestimated how difficult it would be for their bomb material to collapse the foundation of the 105-year old hotel.

2) From Slate, The Fog of Breaking News; December 3, 2008 (see Slate website for links to press articles cited below):

[...]Who were the terrorists targeting?

Azam Amir Kasab, 21, a Pakistani national [the lone surviving terrorist], claimed the terror strikes, which left nearly 200 dead, were intended to kill as many as 5,000 people and that he and his fellow militants were ordered to target whites -- especially Britons and Americans. The claims were made in what a police source said was a transcript of his questioning.
—The Times of London, Dec. 1, 2008

Police believe attacks at the Leopold cafe, popular with tourists, and at CST station, may have been diversions to provide cover as other gang members stormed their two main targets -- Mumbai's two luxury hotels, the Taj Mahal and Trident-Oberoi.
—The Age (Melbourne) Dec. 1, 2008

"It seemed like they were in a hurry," [Leopold Café owner Farhang Jehani] said. "It was as if they wanted to shoot as many people as they could even though this was not their main target. Their motive might have been to divert the police, who have a station across the street, to keep them occupied as they headed to the Taj hotel."
—Washington Post, Dec. 1, 2008