From the Black Swan reporting desk: On the death of marshes and U.S. coastal cities 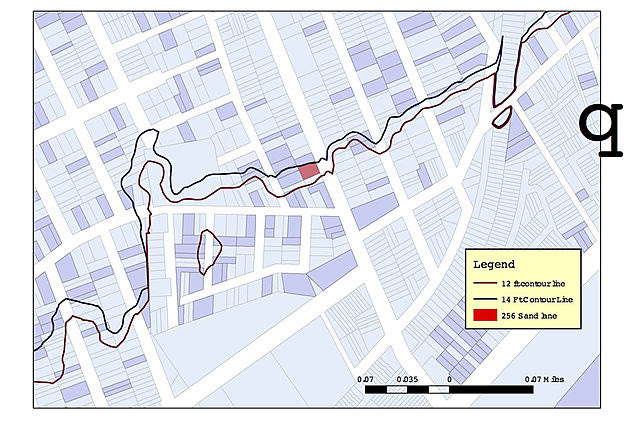 I was beginning to wonder if there would be any public discussion of the connection between massive damage done by Superstorm Sandy to the eastern coastline and the virtual disappearance of American wetlands on the East coast -- a topic I addressed in my November 1 post, Then and Now...

A report, published November 9 at Accuweather's Our Amazing Planet, suggests that the question is indeed being addressed by people who understand its full implications:

CHARLOTTE, N.C. — In June, William Fritz and his colleagues developed a model showing how New York's geography would amplify a storm surge in the event of a large storm, spelling trouble for low-lying urban areas.

"The storm surge happened almost exactly as we modeled it," said Fritz, a geologist at the College of Staten Island, where he's also the interim president. The only difference: Sandy's surge was slightly larger than the model predicted, topping out at 14 feet (4.3 meters) instead of the 12 feet (3.7 m) the model showed.

But that's a small difference in terms of the damage wrought. Fritz's colleague Alan Benimoff mapped the storm surge on Staten Island by looking at the extent of washed-up debris. The point where Benimoff reported storm-tossed flotsam was only slightly farther than the model predicted — the width of one house, he said. [...]

The authors presented their model here yesterday (Nov. 6) at the annual meeting of the Geological Society of America.
[...]
The geography of the New York City area makes it very vulnerable to storm surges. The coasts of Long Island and New Jersey meet at a 120-degree angle, perfect for concentrating the surge and sending it directly toward Staten Island, Fritz said. From here, the water flows into New York Harbor, but it has nowhere to go except inland, thanks to water moving south from the Long Island Sound through the East River. The Sound, angled to the northeast, accentuates the storm surge as winds from the northeast (typical of hurricane and extra-tropical cyclones) pile up water and send it toward New York City, Fritz said.

"Most people don't think, or didn't think, of New York City as being in the hurricane belt," he said. Hopefully that will change, he said: "My message is that we need urban planning to account for flooding. People should make no mistakes that hurricanes will come again."
[...]

Fritz also used his time in the spotlight to address a situation that many Americans would prefer not to talk about:


There are several lessons to be learned from their model, and the experience of Sandy, Fritz told OurAmazingPlanet.

First, "we need to protect the dunes and marshes that we still have," he said. The hardest hit area of the island used to be a marsh, he added.

Second, it may make sense to rebuild and re-establish these natural "sponges." And finally, it simply doesn't make sense to build apartments and houses in low-lying areas, because they will flood, Fritz said.

"We need to look at rezoning these areas, and using them for parks and day-use areas," he said.

If dunes and marshes that used to line Staten Island and elsewhere still existed, they could have slowed encroaching waters and allowed people more time to get out of their homes, Fritz said. Instead, flooding occurred in a matter of minutes or even seconds, surprising some people sheltering in their basements, he said.

"What was once a dune has long since been paved over, and water flooded down into the old marsh," he said.

Hurricane Sandy hit Staten Island hard, with about half of the deaths that occurred in New York City happening there. The storm claimed the lives of one student at the College of Staten Island and a faculty member's wife, Fritz said.
[...]

From a November 7 Accuweater report linked to above (Why Hurricane Sandy Hit Staten Island So Hard), the peak of the surge on Staten Island was 16 feet, not 14 feet as cited by Main. I don't know how to square the discrepancy in the two reports.  But I'm wondering if the surge hitting at high tide and full moon (a full moon has an impact on high tide) would explain why the model fell short by 2 or 4 feet, as the case may be, if the geologists didn't factor those two events into a scenario.

In any case, given how hard the island was hit, it's a tragic irony that it was researchers on Staten Island who predicted with such accuracy how a large storm surge would affect the borough..

How long have the lowest-lying American coastal cities got?

Read another Accuweather report linked to in Main's writing, the one about New York's vulnerability to storm surges, for a rough guess as to the answer.  All things being equal, the projections discussed by scientists give hope that we won't have to think about putting New York and Washington, DC on stilts any time soon.

But again, that's all things being equal.  If you watched the Weather Channel's Sandy: Anatomy of a Superstorm and studied reports on the strange nor'easter that followed in the wake of Sandy, which was itself a strange convergence of no less than five natural events (three storm systems, high tide and full moon), I think you'll agree it's not just a matter of time and the steady progression of rising sea levels.

It's also a matter of Black Swan events before the lowest-lying coastal cities face devastating floods, unless the first lines of defense against an angry ocean, dunes and marshes, are rebuilt and maintained.

Speaking of Black Swans, anecdotes from some friends and acquaintances here in Washington suggest that the flooding in the city from Sandy was a little more extensive than reported. I think that's because the anecdotes were about minor nuisance flooding that didn't become evident until days after the storm. So nobody reported the water damage to any city agency. But there's a faintly ominous aspect to the stories because these people had never before experienced the slightest flooding in their domicile or business.

While this is just a speculation, it's possible that the 5.8 magnitude earthquake that shook Washington last year -- another Black Swan event -- opened up hairline cracks in building foundations that set the stage for unexpected water damage from Sandy, which delivered only a glancing blow to the city. We may learn more about this odd little side note to Sandy's aftermath come the spring of 2013, after melting starts from predicted heavy snowstorms in Washington this winter.

The point being it's not wise to pin the fate of large cities on the hope that all things will remain equal all the time. Black Swans and Black Swan events are not that rare, and bread almost invariably falls buttered-side down.

Another point to wring from all this: Restoring and preserving marshes/dunes is a relatively cheap way to defend the lowest-lying American coastal cities. Yet this might be just why the topic is so unattractive to legislators and the legions of nonprofits that promote environmental issues.

One can't employ that many PhDs and industries in marshland restoration projects. It really just takes volunteers willing to wear hip boots and slosh around in muck to turn the tide -- literally.

Your point about something not getting done because there would be little opportunity for PHDs to shine and feel oh so good about themselves is a very good one.