What does Saharan Tuareg band Tinariwen have in common with Gene Autry? 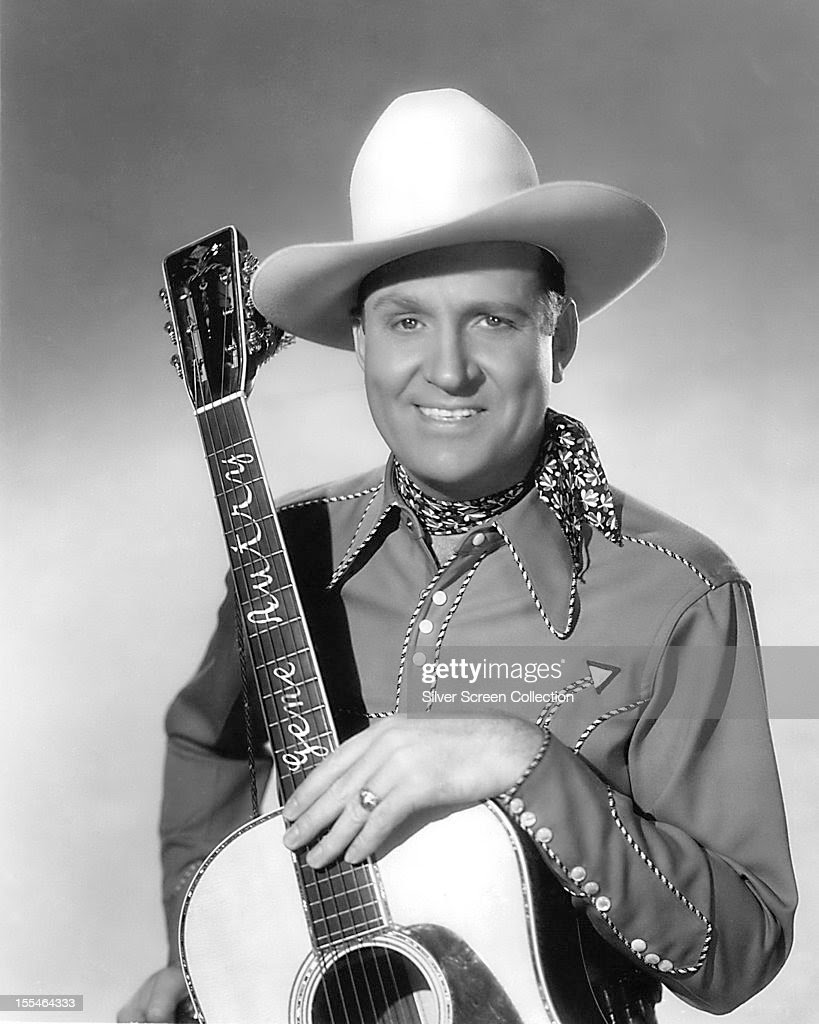 Tinariwen ... is a Grammy Award-winning group of Tuareg musicians from the Sahara Desert region of northern Mali. The band was formed in 1979 in Tamanrasset, Algeria, but returned to Mali after a cease-fire in the 1990s. The group first started to gain a following outside the Sahara region in 2001 with the release of The Radio Tisdas Sessions, and with performances at Festival au Désert in Mali and the Roskilde festival in Denmark. ...

Tinariwen was founded by Ibrahim Ag Alhabib, who at age four witnessed the execution of his father (a Tuareg rebel) during a 1963 uprising in Mali. As a child he saw a western film in which a cowboy played a guitar. Ag Alhabib built his own guitar out of a tin can, a stick and bicycle brake wire. He started to play old Tuareg and modern Arabic pop tunes.

Ag Alhabib first lived in Algeria in refugee camps near Bordj Badji Mokhtar and in the deserts around the southern city of Tamanrasset, where he received a guitar from a local Arab man. Later, he resided with other Tuareg exiles in Libya and Algeria.

Ag Alhabib acquired his first real acoustic guitar in 1979. While the group had no official name, people began to call them Kel Tinariwen, which in the Tamashek language translates as "The People of the Deserts" or "The Desert Boys." ... (Wikipedia)

Documentary : TESHUMARA (Tinariwen) 2006
The guitars of the Touareg rebellion English version
(the English text is easier to read in parts in full screen mode)

English version : A beautiful musical documentary on the leading group of Tuareg music: Tinariwen. This is the rock of the Tuareg- BB King encounter between A Sharp and muezzins overexcited, rebellion songs of wandering, love, nomadic blues popularized outside the borders of Mali by the group Tinariwen; literally the new Tuareg Culture .

Of course it could have been a Roy Rogers film he saw.