200 years after the publication of "Frankenstein" real Dr Frankensteins abound

Dr Frankenstein and his assistant prepare to bring their bioengineered creature to life.The scene is from the 1931 film adaptation of a play based on Mary Shelley's horror novel Frankenstein, published 1818. 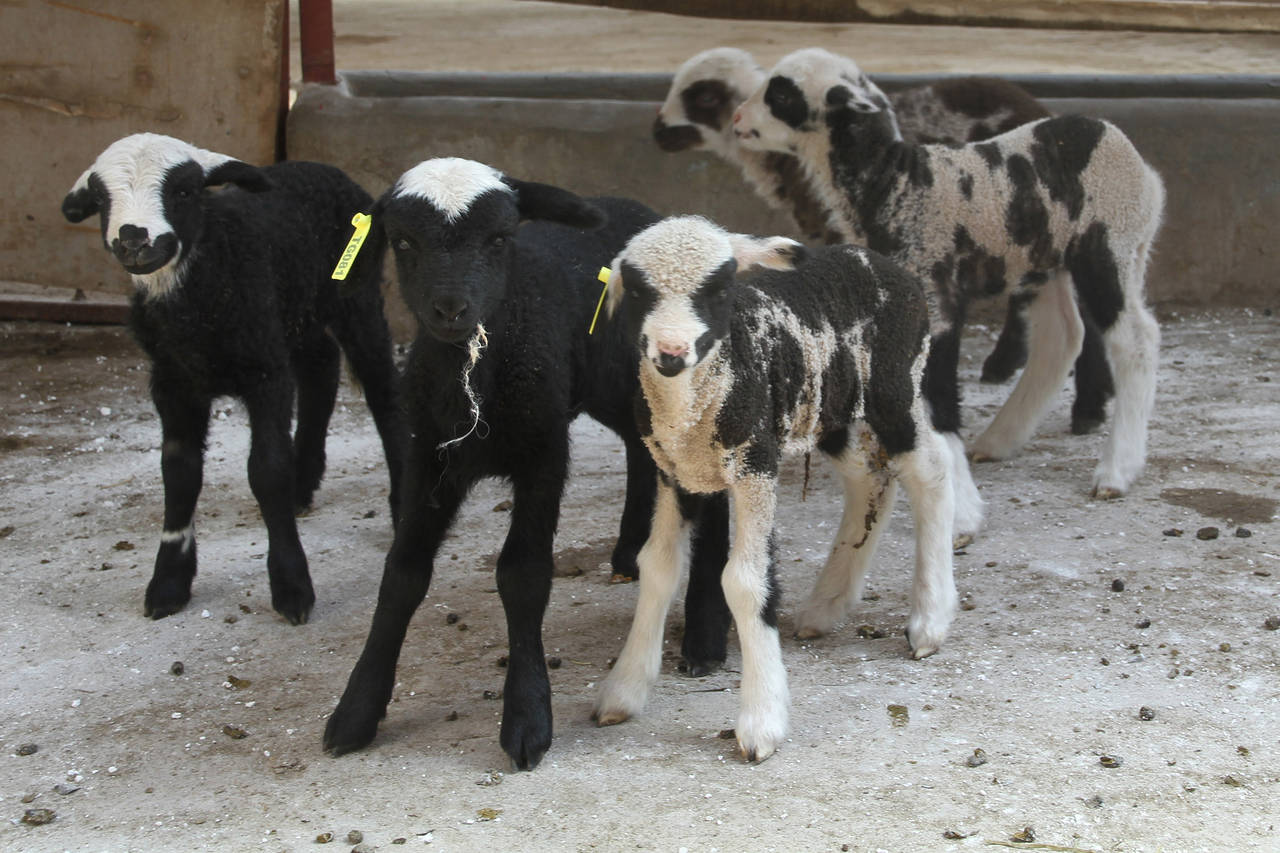 “But if we don’t try, we will never learn,” said Goetz Laible, who led AgResearch’s experiment.

Ah but Mr Laible you're trying to learn by trial and error or the dartboard method as it's known in engineering and applied science. Bad idea when the dartboard is the genome map.

The purported birth last month of the world’s first gene-edited human babies, claimed by a Chinese scientist, spurred a wave of global outrage. Scientists denounced the (as yet unconfirmed) experiment as irresponsible, and the development reinforced fears that the redesigning of DNA is moving ahead too fast and without necessary oversight.

The proliferation of similar experiments on farm animals in recent years supports those concerns. Though rapid strides have been made to map genomes — the full set of genes for humans, animals, insects and plants — scientists have only begun to understand what the tens of thousands of individual genes do. Moreover, they are far from unraveling how those genes interact with each other.

Scientists around the world are editing the genes of livestock to create meatier pigs, cashmere goats with longer hair and cold-weather cows that can thrive in the tropics. The goals are to improve agricultural productivity, produce hardier beasts and reduce practices that are costly or considered inhumane. But amid some successes, disturbing outcomes are surfacing.

When Chinese researchers deleted a gene that limits muscle growth in mammals so that rabbits would grow leaner, their creations exhibited an unusual characteristic: enlarged tongues. Similar experiments on Chinese pigs led some to develop an additional vertebrae. Gene-edited calves died prematurely in Brazil and New Zealand.

The stumbles show the risks of racing ahead with such experiments, even as many governments work to clear regulatory pathways to bring meat, eggs and dairy from gene-edited animals to store shelves. Bioethicists and many geneticists have raised doubts about applying the gene-editing technology to animals and especially humans, given the continued uncertainties in both the science and the lab and field results.

“Humans have a very long history of messing around in nature with all kinds of unintended consequences,” said Lisa Moses, an animal bioethicist at Harvard Medical School’s Center for Bioethics. “It’s really hubris of us to assume that we know what we’re doing and that we can predict what kinds of bad things can happen.”

The belief has spread that scientists know how gene editing works “all the time, under all conditions,” says Odd-Gunnar Wikmark, a researcher at the Norway-based foundation GenOk, which studies the consequences of genetic engineering. “We of course do not.”

Critics say that editing animal DNA could introduce unwanted mutations that pose a threat to human health when consumed, and they fear that mutated genes may spread unchecked as animals breed. Proponents say they are engineering mutations just as traditional crossbreeding does, only faster. Though no gene-edited animal products have reached markets yet, the potential benefits to farming have led many big agricultural nations to join the race.

Crispr-Cas9, the tool introduced in 2012 that was used to engineer the human babies, is cheaper than older techniques and enables scientists to add, delete and rearrange DNA with greater precision. But an article published in the journal Nature Biotechnology in July suggests that Crispr might cause greater damage than previously understood—including changes in genes other than those intended. When DNA is cut, “a lot of odd things can happen,” study leader Allan Bradley said in July.

Take the gene called MSTN. Since 2012, Kui Li, a scientist with the state-run Chinese Academy of Agricultural Sciences, has reverse-engineered cells from adult Chinese pigs to their embryonic stage, which is a common process when cloning animals. Then, using an older editing tool, he deleted MSTN, which limits how large muscles grow in mammals, including in humans. The edited cells are infused into eggs, chemically fertilized in a lab and implanted into the womb of a surrogate. At a farm 70 miles southeast of Beijing, dozens of pigs rest in metallic cages and glass enclosures; their meat is up to 12% leaner if both copies of their MSTN gene are deleted.

But there was another effect on the pigs: One in five offspring who inherited the edited genes had an extra spinal bone known as thoracic vertebrae, Dr. Li found. He doesn’t know why, though he postulates that the MSTN gene somehow contributes to skeletal formation. Lab tests show that his pigs are safe to eat, said Dr. Li: Despite a slight fading in color after cooking, he recorded no nutritional differences. He’s begun using Crispr to make more commercial breeds like the U.K.’s Large White leaner or resistant to PRRS, a deadly viral infection.

When state-sponsored scientists at Nanjing Agricultural University used Crispr to edit MSTN out of rabbits to make them meatier, 14 of the 34 engineered offspring were inexplicably born with enlarged tongues, leading the scientists to warn of abnormalities from gene editing in a 2016 research paper on their project. “Safety issues need to be addressed in future studies before the technology can be utilized” in agriculture, the authors wrote.

“Even the genes that we think we know very well, there’s a lot to learn,” said Se-Jin Lee, one of the scientists who discovered MSTN at the Johns Hopkins University School of Medicine in 1997.

Chinese scientists at a different research facility have had to use caesarean sections to birth lambs whose MSTN genes were deleted with Crispr, because some grew too large to be birthed naturally. They have had success modifying goats’ cashmere to grow about 20% longer by preventing the gene FGF5 from regulating the growth.

Generally, the larger the animals, the greater the complications. New Zealand’s AgResearch Ltd. applied Crispr on cattle to reduce their heat stress, deleting a single amino acid on a gene that contributes to coat color (including hair and skin color in humans), in an effort to lighten the cows’ black-and-white coats to better reflect sunlight. Both calves died (one was sick and was euthanized). In a separate experiment using an older tool to enable cold-weather Angus cattle to thrive in the Brazilian tropics, one of two calves died prematurely.

Scientists in both experiments blame cloning, which created the calves but still isn’t foolproof, they say, after two decades in use. Neither is their understanding of genes. “But if we don’t try, we will never learn,” said Goetz Laible, who led AgResearch’s experiment.

Globally, at least a dozen gene-edited livestock projects are aiming to reach consumer markets. Some may face less resistance from consumers and ethicists because they could eliminate reviled practices: Cattle could be engineered without horns, for instance, obviating the need to dehorn them.

Wool from a gene-edited animal might also be more readily accepted because it is only worn, not eaten. Researchers in China’s eastern Xinjiang region used Crispr to alter the ASIP gene, believed to influence coat color in Merino sheep, with the aim of creating new breeds with darker coats—all black, gray or brown—so that off-white wool wouldn’t need to be dyed.

The results confirmed previous research suggesting that genes involved in coat color also play a role in reproduction: Only a fourth as many ewes implanted with the disrupted genes carried to term, as compared to normal circumstances. Meanwhile, for the wool itself, the results were mixed: One sheep was white, two were mostly black, and the other three had spotted fleeces akin to a panda.

The outcome also underlined how far there is to go in understanding the forces at work among the genes of humans and animals. “I think it would be an understatement to say we should be more cautious,” said Lori Marino, a neuroscientist and the founder of Utah-based Kimmela Center for Animal Advocacy. “I think we’ve already gone over the line with animals, and now humans.”

—Zhou Wei contributed to this article