Two reports, one from FARS (Iran), the other from SANA (Syria).  There's a funny typo in the SANA headline. By the way has anyone seen the bathtubs at the Rixos President Astana hotel Pundita stop it, just stop it. [muttering] It's like having a two-year old for an alter ego.

TEHRAN (FNA)- A source close to the Syrian delegation in Astana talks complained that Turkey is troubling attainment of an agreement between the Damascus government and the opposition to end the war.

"Turkey continues stonewalling in the meetings in a bid to insert interpretations and terms that run counter to the main theme and goal of the Astana meeting which is ceasefire in Syria," the source told SANA news agency on Tuesday.

He voiced regret that Turkey has released a copy of the final statement of Astana meeting which has not been agreed yet by all sides.

The source referred to continued unofficial meetings among the Russian, Syrian and Iranian delegations who seek positive results out of the Astana conference, and said, "Turkey is rocking the boat."

His remarks came after a prominent Syrian analyst cast strong doubts about "Turkey's suspicious role and position" in Astana talks, given its continued support for the terrorists in Idlib.

"While the Iranian and Russian foreign ministers stress their clear positions on fight against terrorism, (Turkish President Recep Tayyip) there is no faith in Erdogan's sincerity as his country is likely to be after deceptive acts," Hayyan Salman told FNA on Monday.

Noting that Turkey's U-turn in its positions on Syria resulted from the change of power equations in the Syrian battlefield, he said, "Despite the existing contradictions, the most important of which Turkey's deceptive position, the Astana meeting is considered as a step on the right path."

"The Turkish government's continued dispatch of terrorists, suicide bombers and tanks to Idlib and other regions in Syria show that Erdogan is not serious about stopping support for terrorism and is actually attempting to misuse it," Salman said.

Astana, SANA- A source close to the Syrian delegation in Astana said Tuesday that consultations are underway to overcome the obstacles being put by Turkey in the way of reaching positive outcomes.

The source told SANA delegate that the meetings witnessed stubbornness by the Turkish side to put expressions and terms out of the context of Astana meeting and its basis which is enhancing the cessation of hostilities agreement.

The source pointed out that the planned meeting among Russia, Iran and Turkey in the presence of the UN Special Envoy to Syria Staffan De Mistura is expected to tackle the final agreement on the final statement regarding enhancing the cessation of hostilities and a specific mechanism for monitoring the implementation of this agreement.

The informal consultations of the Syrian, Russian and Iranian delegations are continued as there is a common will by those delegations to come out with positive outcomes despite the obstacles raised by the Turkish side.

The source added that the Syrian delegation is confident of the possibility of reaching positive outcomes by Astana meeting if all parties participating in the meeting have the will.

Turkey, the sponsor and guarantor of terrorism and terrorists leaked a disagreed upon copy of the final statement, according to SANA delegate.

Is that gorgeous or what. I hope the terrorists at the talks are appreciating their accommodations. 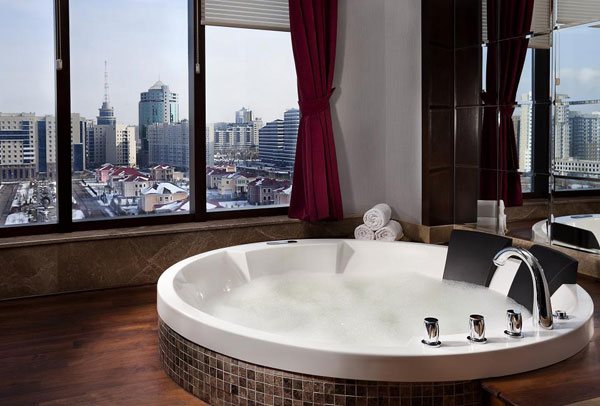