"The Colony" - A film about Chinese entrepreneurs in Africa, plus Pundita's thoughts on the true clash of civilizations 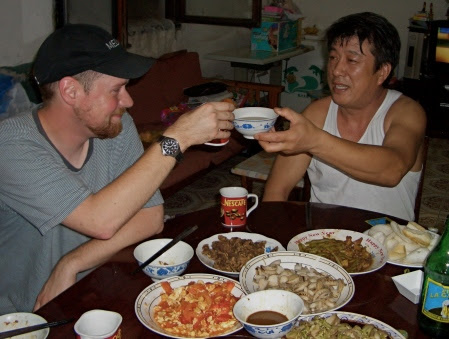 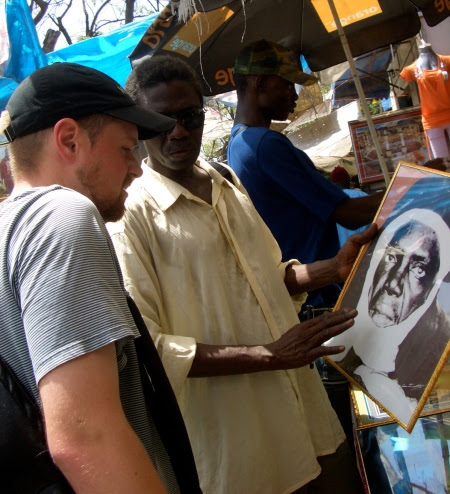 Brent E. Huffman writes about his impressions while filming The Colony, a documentary on how Africans and Chinese are meeting each other in Africa. ((H/T Nils Gilman) Some of his thoughts:

... What surprised me most was the Wild West kind of vibe shown in the attitudes of the Chinese in Senegal. This was the new frontier for them and they were the new cowboys conquering this new world. These young pioneering men and woman threw caution to the wind in their bold adventure. ...

This young vibrant Chinese community was reminiscent of the fiction films of Chinese filmmaker Jia Zhang Ke like Unknown Pleasures and Platform. These were not the conservative shy people of my wife's generation in China. These were outspoken, rebellious, and ambitious youths proudly displaying their brightly dyed hair and trendy low cut clothing. These young twenty-somethings drink, smoke, and sing loud karaoke as they complain about the day's events. ...

Can the Chinese do any worse in Africa than the Western colonizers? One thing that's clear from Huffman's writings and others that examine the Chinese presence in Africa: China's small business owners aren't interested in making a show of playing caretakers to the natives, much less being their masters. They just want to make a lot of money.

Ah, but this isn't the way colonizers are supposed to act. There has already been bloodshed; Huffman filmed a murder that took place while he was in Senegal making The Colony. And his article ends with the observation:

I foresee the Chinese will have to eventually ramp up private security, a practice already in place in some African nations, in order to protect their investments.

I suppose I should stop here, before I lapse into so much political incorrectness it shocks readers who've not seen all I've seen. But I'll tell you something: Pakistan's government is racing against India's to get a competing dam finished before India gets theirs built. Guess who the Pakistani government hired to help them finish the dam fast? Not Pakistani laborers, that's for sure. An hour's work. Then a tea break. It's the same in Afghanistan. No; they hired Chinese laborers.

Thus we see the true clash of civilizations taking shape. It is a myth that al Qaeda or the Muslim Brotherhood thought up the idea of establishing a global caliphate in the present era. That idea came from the Saudis, and long before the discovery of oil in their region; it is their tribe's core belief. The restoration of the caliphate's lost power will come from imposing submission by one means or another. For the Chinese the restoration of the Middle Kingdom will come from hard work.

But the clash of these inimical approaches to life is on the distant horizon. Meanwhile the Chinese will learn to make more allowances for the fact that success, for many, is having others do their bidding.

And meanwhile we have what's in front of us -- an intelligent and adventurous American who is far too young to be cynical about the ways of human nature. Visit Brent Huffman's blog to learn more about him and see the short version of his portrait of the Chinese in Africa.
Posted by Pundita at 9/22/2010 03:04:00 AM