Why I love Uppity Woman

Uppity Woman asks, "Where oh where is Barack's huge army?" then breaks into fits of laughter. Very undignified behavior for a blogger, yet I must say there's just something so satisfying about watching sheer, unabashed gloating. But I wish to register a protest with Comradess Uppity. How did a lobster replace the kitties in the Uppity Woman banner? This is an outrage.

Now as to the lobster situation. We felt that, due to the ingesting of masses numbers of Lobby's friends and relatives by Imelda Obama, we would allow Lobby the opportunity to protest with a waterproof sign. He is very concerned about the future of his species and that of similar crustaceans. The truth is, two more years is a long time, and plenty of time to deplete Lobby's species to near-extinction. Lobby can only hope that his attacker acquires gout first, but barring that possibility, we felt a prominent header opportunity would stimulate awareness as to the plight of all lobsters among the environmental crowd.
Comradess Uppity
************************
Pundita's sotto voce aside to the reader: Either I missed a news item about Michelle Obama's visit to Spain or Uppity might be better off in a rest home for the remainder of Obama's term in office.
************************
UPDATE 5:10 PM ET
Pundita Pundita!!! Comradess, have you been working in the potato fields too long? Comradess Imelda is depleting America's lobster supply. Everywhere she goes, lobsters scurry!
Comradess Uppity
*************************
UPDATE 5:45 PM ET
Comradess, This has gone far enough. I am going to have to report you to the Central Committee. Comradess Imelda was nowhere near the Waldorf when that phony receipt for lobster was signed. All of this talk about lobster is clearly a counterinsurgency on your part. Yet you're being paranoid to assume your cats are taking over your blog. 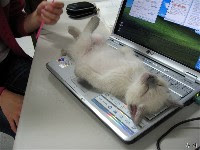 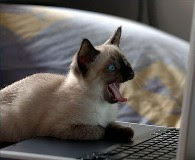 UPDATE 11:40 PM ET
Comradess, the Waldorf is old old news. Michelle has been seen eating lobster everywhere, from Spain to Cape Cod. Sometimes several days in a row! The species is under attack! Attack I tell you! Many recent links, Comradess. Lobby worries for his family!
Posted by Pundita at 9/17/2010 02:46:00 AM