U.S. embassy in Kabul temporarily shut after terror attacks at 2 other 'secure' sites 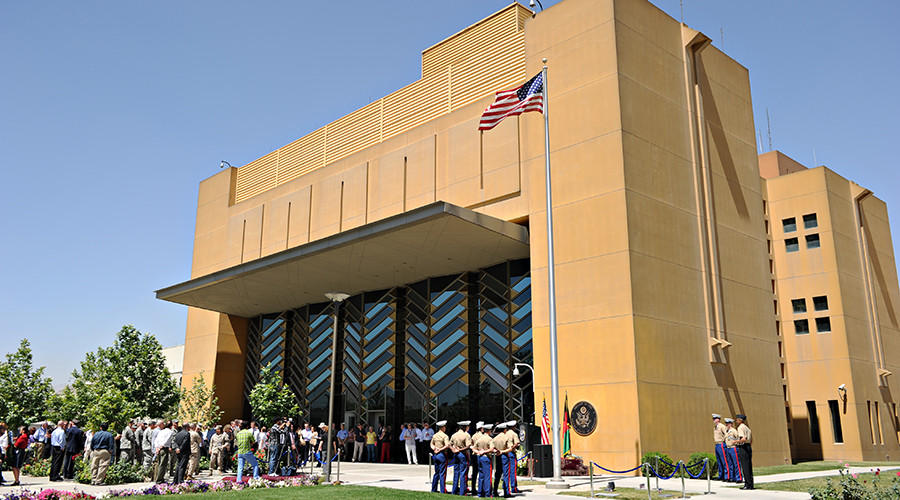 The attack on the German consultate was far more serious than is evident from the headlines and the brief description here. So I'm dedicating a post to the Reuters account of the attack in addition to linking to it in the following RT report.

For now --  the U.S. decision to temporarily shut the U.S. embassy in Kabul was the right thing to do. The suicide attacker inside Bagram made it past all the security layers, including a retinal scan. This suggests the attack was an inside job.

US shuts down embassy in Kabul after Bagram base blast
November 13, 2016
RT


The US Embassy in Afghanistan was closed on Sunday after militant attacks on the largest US military base in the country and the German Consulate.

In a statement released late Saturday, the embassy said it will be closed for routine services on Sunday “as a temporary precautionary measure,” AP reported Sunday.

The suicide bomb attack on the Bagram Airfield on Saturday killed two US soldiers and two contractors, also injuring 17 others, one Polish serviceman among them, according to US Defense Secretary Ash Carter.

The attack was carried out by a man wearing a suicide vest early Saturday morning as people were gathering for a post-Veterans Day fun run. The base was put on lockdown following the blast.

Bagram Airfield, the largest US military base in Afghanistan, is located in the Parwan Province. The base is occasionally used by the US Armed Forces and is mainly occupied by the International Security Assistance Force (ISAF). It features several layers of security, including retinal scans. An investigation will be conducted to determine, among other things, how someone with a suicide vest could get in.

The attack on the German Consulate in the northern city of Mazar-i-Sharif two days earlier resulted in six people being killed, with more than 100 injured.