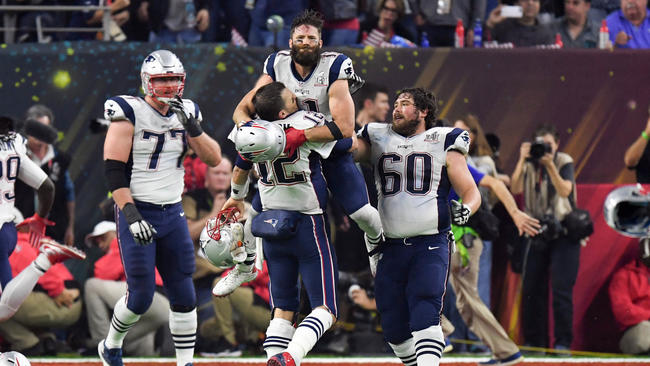 You couldn't pay me to watch the Superbowl or for that matter any football game. But in recent years I haven't been able to escape hearing out of the corner of my ear about the many controversies that turned what used to be a sport into displays of bitchiness by bean-counters who run the game and too many players who have more in common with whacked-out Hollywood stars than athletes.

But from the accounts I've read, the 51st Super Bowl swept all that away. Unless I count the sour-grapes commentary at the National Football League's own website, which demoted what was clearly great playing by both teams and a historic win by the New England Patriots into a "historic collapse" by the opposing team, the Atlanta Falcons.

The New England Patriots came back from 25 points down with less than 24 minutes remaining, scoring 19 points in the fourth quarter and scoring a touchdown on the first drive of overtime to win their fifth Super Bowl of this millennium, 34-28 over the Atlanta Falcons.

It had seemed a coronation had turned into an implosion by the team used to embarrassing the rest of the NFL.

The Falcons led 21-0 in the second quarter and 28-3 midway through the third.

Julian Edelman made a catch that defied all that should be believed about physics, with the ball going from being tipped to caroming off a defender’s foot before Edelman somehow came back and grabbed it inches before it hit the turf.

The Patriots scored two touchdowns in the final six minutes and converted a two-point conversion both times to tie the game with 57 seconds remaining.

They won the coin toss before the start of the first overtime period in 51 Super Bowls and drove 75 yards in eight plays, scoring on James White’s two-yard run that unleashed a shower of red, white and blue confetti to fall on the NRG Stadium floor.

And so it was that the Brady and Bill Belichick got their fifth Super Bowl victories, most ever by a coach and a quarterback.

No team had ever come back from more than a 10-point deficit to win a Super Bowl.

Of course, the Brady-led Patriots would be the first.

There's lots more commentary in Acee's column along with blow-by-blow descriptions of plays. I also liked Jeff Howe's highly technical description of the plays for the Boston Globe, which is not to say I could understand all of them, but the analysis starts with these readily-understood points:

Tom Brady and the Patriots rewrote the history books and the storylines last night with their epic, 34-28 victory against the Falcons in Super Bowl LI. They trailed 28-3 midway through the third quarter before ripping off the greatest comeback in Super Bowl history.

Prior to this, the Pats’ 10-point comeback two years ago against the Seahawks had set the bar.

Tom Brady completed 43 of 62 passes for 466 yards, two touchdowns and an interception, and he was 12 of 16 for 150 yards on the tying and winning drives in the fourth quarter and overtime. The five-time champion led his 51st game-winning drive in the 51st Super Bowl.

James White scored on a 2-yard run in overtime to cap the greatest performance of his career. He had six carries for 29 yards and two touchdowns and a Super Bowl-record 14 receptions for 110 yards and a score. 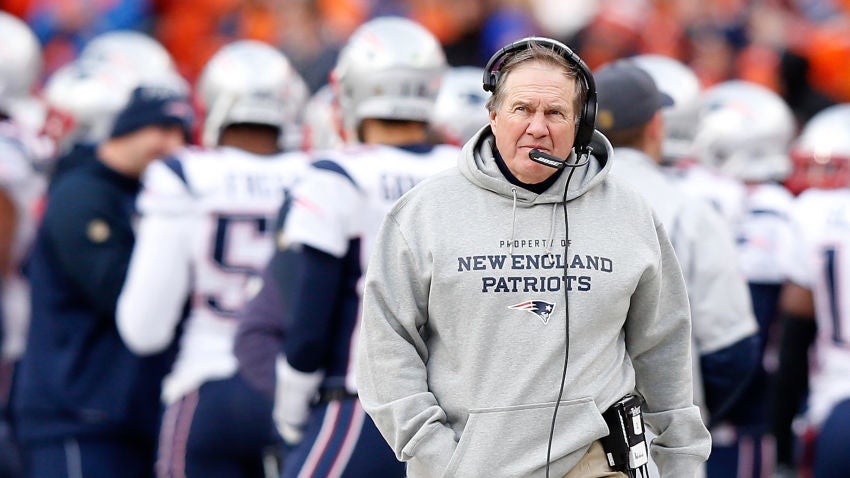 Pundita, you left out the subtext of the game: the Patriots represent White Privilege and should lose. Why? Because the Pats are supporting Trump and Trump loves them, predicting an 8 point victory. Haven't you seen all the twitters losing their minds over the "white people's " victory? The hating is fierce. Most sports commentators are still crying in their corn flakes, I have yet to hear radio talkers congratulate the Pats for solving the Falcons. The NFL is full of social justice warriors who want to see the old white guard gone and replaced by the diversity. This idea is at the base of all things in the U.S. and will result in its ultimate breakup.