After buying up Britain, Qatar turns its beady eyes to the U.S.

"And it is now said that Qatar owns more land in London than the Queen."

Here I thought the British had only sold their souls to Al Saud. After reading the following BBC report let no one ask any more questions about England's amazing tolerance for terrorism and Wahhabism and the U.K. regime's odious practice of helping to destabilize countries such as Libya and Syria where Al Thani has a vested interest. 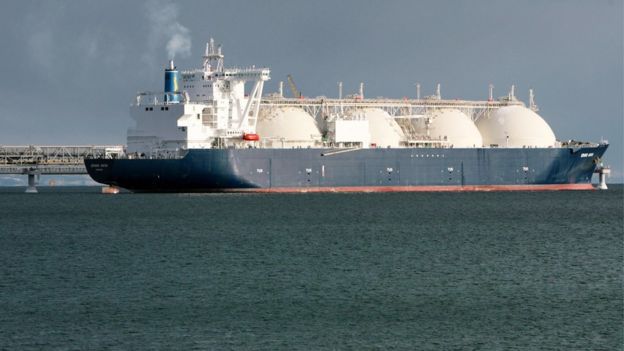 It's hard to walk round London and admire the sights without admiring something paid for by Qatar.

From some of the most famous hotels and landmarks to the cranes arcing over the South Bank, Qatar has a substantial finger in a huge number of pies.

The UK is Qatar's single largest investment destination, with £35bn in place and another £5bn on its way in the next five years.

And it is now said that Qatar owns more land in London than the Queen.

The next batch of £5bn is headed for sectors ranging from infrastructure and energy to IT.

However, the pace may be slowing slightly after a rapid acceleration in the last five to 10 years, and Qatar's focus is turning instead to the US, where it aims to invest some $35bn (£27bn).

Both here and in the US, the investments will be largely channelled through the Q, the country's sovereign wealth fund, which has a global portfolio worth about $335bn.

And it all comes from gas.

Qatar's oil output is relatively modest. But it is, through happy geological coincidence, situated on top of the South Pars Field, the single largest known natural gas field in the world, which straddles the Gulf.

The property research company Datscha revealed that the QIA owns 879 commercial and residential properties in London.

Of that, about 26 million sq ft is commercial property.

Central to its property empire is the Canary Wharf Group (CWG), which it bought with partners Brookfield Property Partners in 2015 for £2.6bn.
CWG owns some 16 million sq ft in the heart of London, including 20 Fenchurch Street, nicknamed the Walkie Talkie, and the Shell Centre redevelopment on London's South Bank.

Here I'll skip over detailed descriptions of Qatar's London properties to focus on this part of the report:

Qatar is also bound into the UK economy through trade. And for Qatar, trade means liquefied natural gas (LNG Natural gas makes up about 29% of the UK's fuel imports and of that, about 29% is in the form of LNG, transported in double-hulled, temperature-controlled ships, such as the distinctive "Dinosaur Egg Carriers".

Qatar provides nearly all the UK's LNG. It comes through the South Hook Terminal at Milford Haven, which is 67.5% owned by Qatar Petroleum.

Then there are the strategic stakes in some of the country's biggest corporate names. The QIA has bought 22% of Sainsbury's and 20% of London Heathrow airport.

Since July last year, Qatar Airways is the biggest shareholder in British Airways owner IAG, with a 20% stake.