Grenfell Tower shows difference between an apparatchik and true royalty


The Queen Mother and the young Princess Elizabeth were shining examples of stoicism and defiance throughout the Second World War.

And Adolf Hitler despised them. The German Führer called the Queen Mother “the most dangerous woman in Europe”, fully aware of her steely determination to stay in Buckingham Palace through the Blitz, defying his bombs.

When the palace was bombed in September 1940 she shrugged off the damage and said: “Well, it makes me feel I can look the East End in the face.” 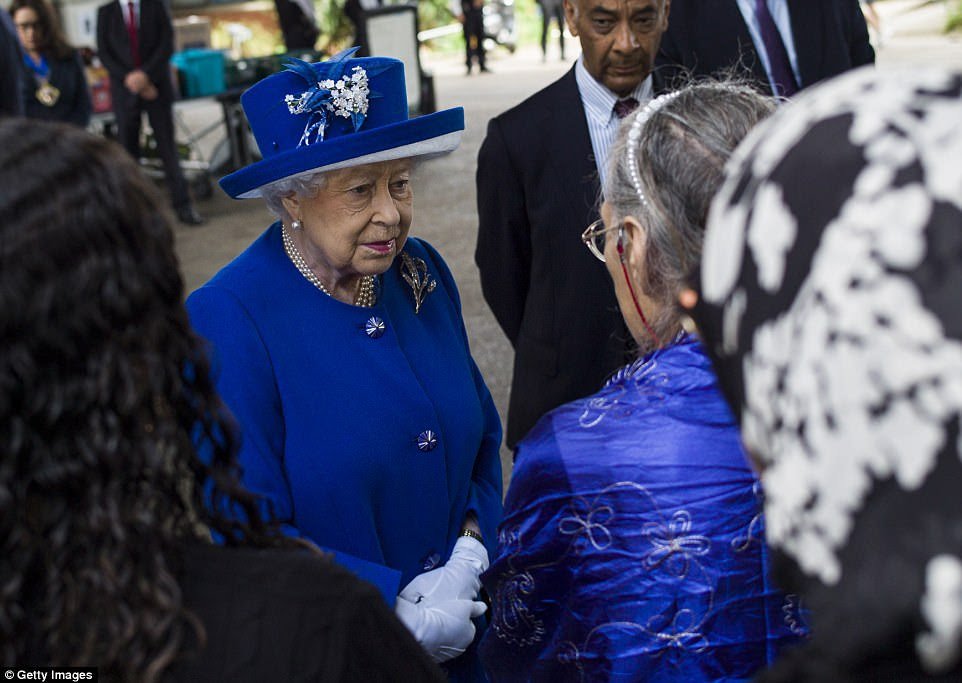 Note there is no personal security detail. The man standing nearest Elizabeth is a volunteer at the emergency shelter 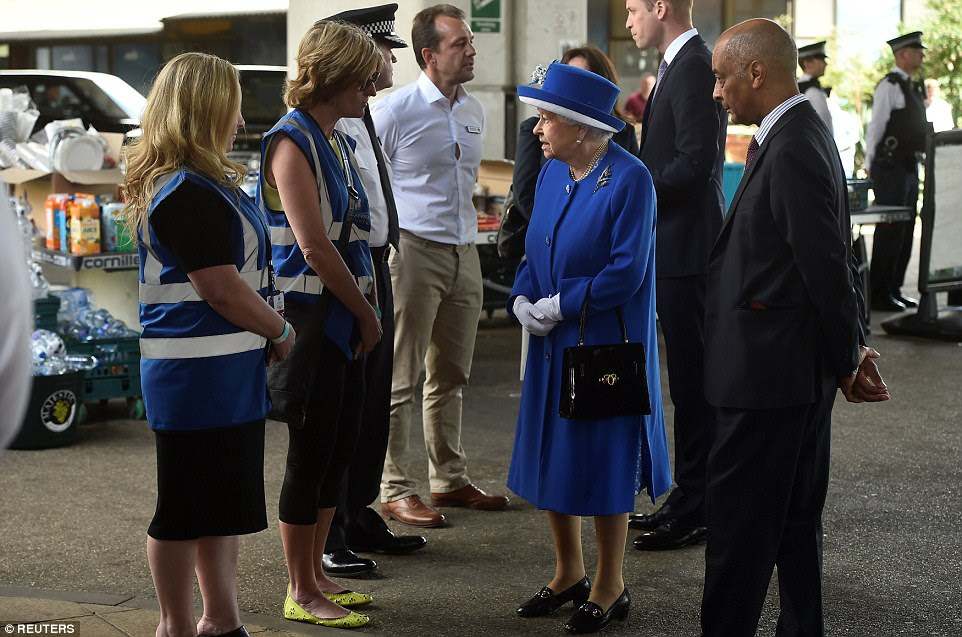 The Queen and grandson Prince William were met with applause when they dropped in to an emergency shelter in West London this morning to meet the devastated survivors of the Grenfell Tower disaster.

Her Majesty The Queen, accompanied by HRH The Duke of Cambridge, visited the Westway Sports Centre in White City - a venue that has been a focal point for efforts to support those affected by the deadly inferno inside the high rise.

The royal visitors met volunteers, local residents and community representatives while visiting the centre which is in the shadow of the charred remains of the building in west London.

The visit was slightly tarnished by a heckler who shouted, 'What about the children?' at the Queen and Prince William as they left, but The Duke held his hand up in a calm manner and told the man not to worry, reassuring him that they would return.

Talking to MailOnline, the desperate local man, who held up pictures of his friend's children who were caught up in the inferno, said: 'The whole family were inside at the time of the fire. I live close so I saw what happened.'

Her Majesty was shown around the centre by a volunteer as they walked past mountains of donated food and boxes of clothes sent in to help those who lost everything in the horror blaze.

The Royal visitors spent more than 40 minutes at the centre before driving away in a Range Rover.

British Prime Minister Theresa May was rushed away under heavy police guard on Friday as protesters shouted "Shame on you!" after she met residents who live near a tower block in London where at least 30 people died in a fire.

May, already under pressure after a botched snap election, is facing widespread criticism for her response to the blaze. She has promised to set up a public inquiry and pledged 5 million pounds ($6.40 million) to help the victims.
[...]
She has promised those left homeless by the blaze would be rehoused locally within weeks, and the 5 million pound fund would pay for emergency supplies, food, clothes and other costs.

But even those within her own party said May should have faced the locals herself earlier.

"She should have been there with the residents. You have to be prepared to receive people's emotions, and not be so frightened about people," former Conservative cabinet minister Michael Portillo told the BBC. ...

In September 1939, Britain entered the Second World War, which lasted until 1945. During the war, many of London's children were evacuated to avoid the frequent aerial bombing. The suggestion by senior politician Lord Hailsham that the two princesses should be evacuated to Canada was rejected by Elizabeth's mother, who declared, "The children won't go without me. I won't leave without the King. And the King will never leave."