Anti-Assad Crowd: Feeling left out of the Damascus International Fair, are we? 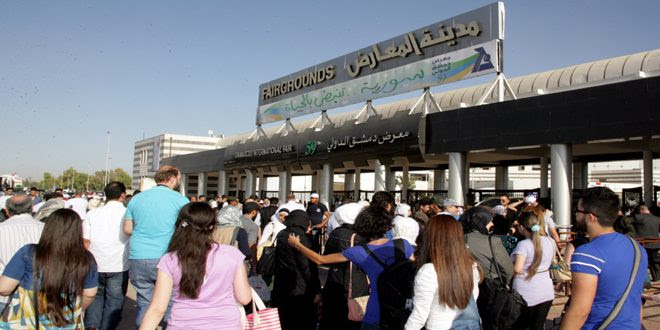 Two North Korean shipments to a Syrian government agency responsible for the country’s chemical weapons program were intercepted in the past six months, according to a confidential United Nations report on North Korea sanctions violations.

The report by a panel of independent U.N. experts, which was submitted to the U.N. Security Council earlier this month and seen by Reuters on Monday [August 21], gave no details on when or where the interdictions occurred or what the shipments contained.

“The panel is investigating reported prohibited chemical, ballistic missile and conventional arms cooperation between Syria and the DPRK (North Korea),” the experts wrote in the 37-page report. ...

The 10-day Damascus International Fair was still in progress when out of the goodness of its heart the United Nations decided to share their shocking confidential report with Reuters. So does this mean the U.N. will slap sanctions on all the nations represented at the fair?

The fair has been a success, if you don't count the sour grapes who retorted to Assad's keynote speech by shooting a rocket at the fair's entrance, killing about four attendees. And I take with a grain of salt the Syrian government's claim that 300,000 people have been in attendance daily at the fair. I don't think the security forces have enough manpower to properly monitor that many attendees, but by no means has the fair been sparsely attended. While the fair is dedicated to trade, there's something there for everyone: 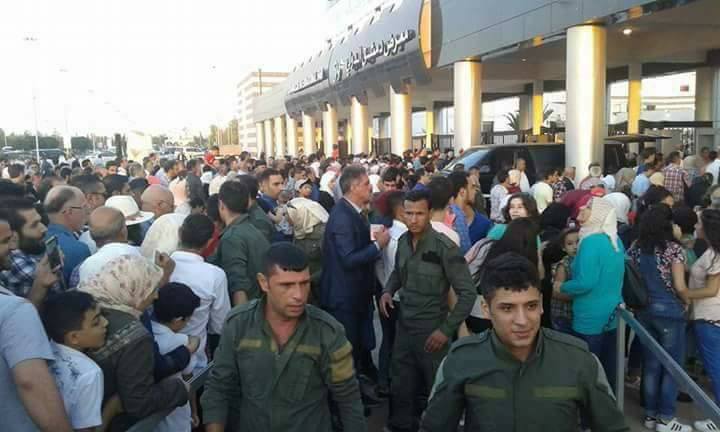 
(Damascus) The activities of the ninth day of the Damascus International Fair kicked off with the honoring of the 23 countries participating through their embassies in the exhibition’s pavilions, in appreciation of the Syrian government for their support towards Syria.

Thousands of visitors started to arrive to the Fair Grounds to attend the various economic, cultural, artistic and recreational activities.

The artistic event includes a concert for artist Ali al-Deik and artist Mohammad Khairi. While the children’s theater presents a “Juha” story, and Bab Sharqi choir will present a musical performance.

The Damascus International Fair was launched on the 17th of August after it was suspended for 5 years. It will continue until tomorrow, with 43 countries participating in the Fair through embassies or independent economic companies.

"Everyone" to include Tehran, which held an economic forum with Syria's government during the fair. (Somehow I suspect this forum went over like bacon at a bar mitzvah with Israel, Al Saud, the United States and perhaps the British government as well if they didn't receive an invitation.)

As to purported shipments from North Korea to a Syrian government "chemical weapons program," I have no idea what was shipped, although I do know that the sanctions against Syria mean it can't import even chemicals that wouldn't be used in WMD or might be considered dual-use. But with no evidence, not even a list of the chemicals in the NK shipments, there's nothing I or anyone else can say about the U.N. panel's accusation.

I also know that since Russia began its air campaign in Syria, Bashar al-Assad went from being a front man under the control of the country's ruling party to a leader with great power in Syria, and one I don't believe would condone the use of chemical weapons.

I myself know for a fact that Liam Fox may have been kidnapped and replaced by an alien look-alike during the brief time he served as the U.K. Defense Secretary. I know this because according to an unnamed official Liam was reportedly overheard asking an assistant during a defense meeting, "Tell me again the name of this hick planet and why we're here."

Something to do with cricket, the speculation goes.

All right, Malcolm? Now cut out the name-calling, before I repeat the claim that the U.S. military may be smuggling uranium out of Afghanistan. With help from Israel, by the time Egyptian conspiracy theorists finish playing with the blither.

Stop picking on Assad, do you hear me? Just stop it.