This is a concert from a famous Cajun band, and the dual fiddling number, Reel de Joie, is a show-stopper. (From 3:30 - to 8:00 minute mark on the YouTube video of Day 1 of the concert). 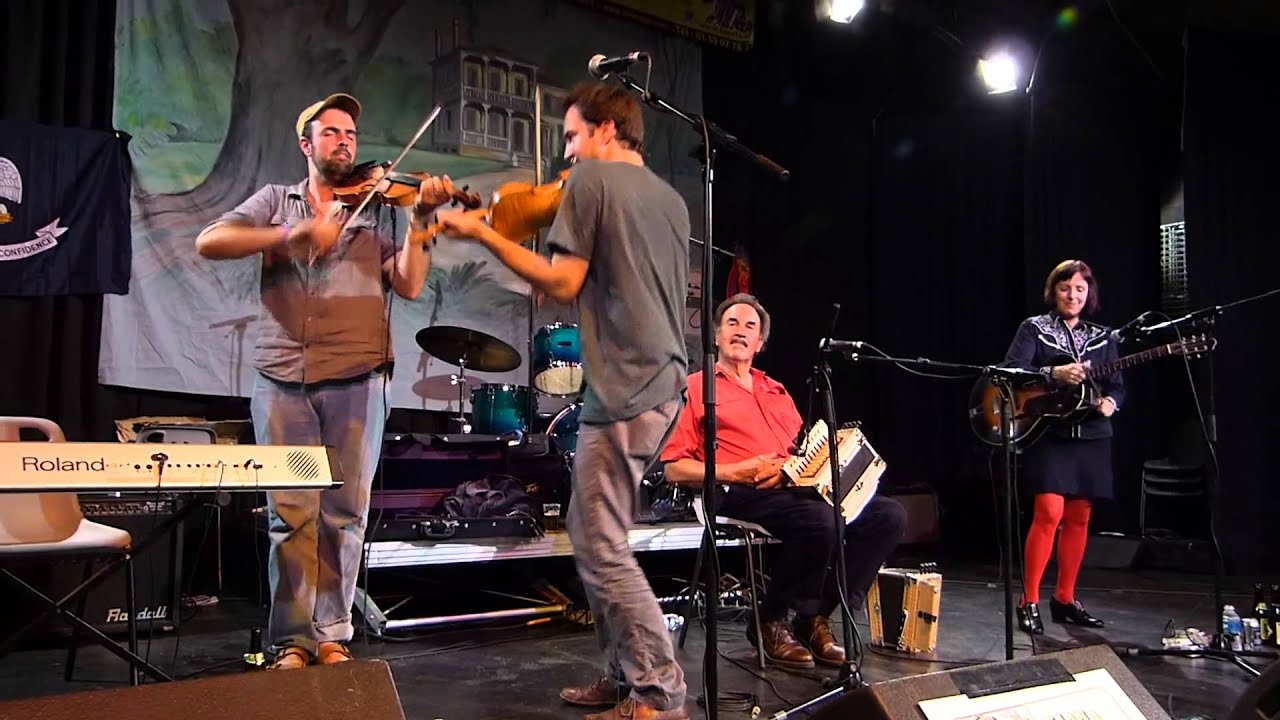 "Reel of Joy" indeed! That should be enough to put a spring in your step for the rest of the week!

Here is Day 2 of  the concert.

From the YouTube description of the concert (translated from French):
There's not a Wikipedia entry for the band so I'm not sure all the members are related. But from Wikipedia's article on Marc Savoy, he and his wife Ann (both shown in the photo above) are part of the band. Savoy not only plays the Cajun accordion but also makes those specialized instruments, which contribute so much to the characteristic Cajun music 'sound' -- although the same accordions are also used by Zydeco and Creole musicians throughout Acadiana country.


Published on Oct 22, 2012National Heritage Fellow Marc Savoy shares his story of how he came to love the accordion, build them, and lead a revival of Cajun music and culture. From the moment he heard the instrument to when he began building them, and 51 years later, his passion for the instrument and Cajun music continues to entertain audiences around the world. 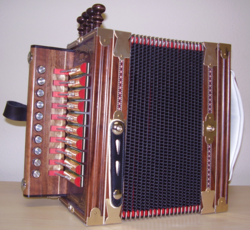 From Wikipedia's article on the Cajun accordion:


Many different accordions were developed in Europe throughout the 19th century, and exported worldwide. Accordions were brought to Acadiana in the 1890s and became popular by the early 1900s (decade),[1] eventually becoming a staple of Cajun music.

Many of the German factories producing diatonic accordions for the United States market were destroyed during World War II. As a result, some Cajuns, such as Sidney Brown, began producing their own instruments, based on the popular one-row German accordions but with modifications to suit the nuances of the Cajun playing style.[2] Since the end of World War II, there has been a surge in the number of Cajun accordion makers in Louisiana, as well as several in Texas.[3]

The Cajun accordion is generally defined as a single-row diatonic accordion, as compared to multiple-row instruments commonly used in Irish, Italian, polka, and other styles of music.

The Cajun accordion has multiple reeds for every button, and the number of reeds that sound is controlled by four stops or knobs. The standard number of melody buttons is ten, with two buttons on the left-hand side: one for the bass note and one for the chord. The tonic note and major chord of the key play on when the bellows are pushed, and the dominant note and major chord when pulled (for instance, C major and G major respectively in the key of C).[4]

Characteristics [for the musically literate]
[...]

The word Acadiana reputedly has two origins. Its first recorded appearance dates to the mid-1950s, when a Crowley, Louisiana, newspaper, the Crowley Daily Signal, coined the term in reference to Acadia Parish, Louisiana.[2]

However, KATC television in Lafayette independently coined "Acadiana" in the early 1960s, giving it a new, broader meaning, and popularized it throughout south Louisiana. Founded in 1962, KATC was owned by the Acadian Television Corporation. In early 1963, the ABC affiliate received an invoice erroneously addressed to the Acadiana Television Corp. Someone had typed an extra "a" at the end of the word "Acadian." The station started using it to describe the region covered by its broadcast signal.[3]

In 1971, the Louisiana State Legislature officially recognized twenty-two Louisiana parishes and "other parishes of similar cultural environment" for their "strong French Acadian cultural aspects" (House Concurrent Resolution No. 496, June 6, 1971, authored by Carl W. Bauer of St. Mary Parish), and made The Heart of Acadiana the official name of the region. The public, however, prefers the one-word place name Acadiana to refer to the region.[4] The official term appears on regional maps and highway markers.