Chris McGonigal at The Huffington Post has put together a photo essay of Harvey's onslaught in Houston and the humans who fought back. The photographs are overwhelming, especially when considered against the announcement yesterday that the U.S. Coast Guard had saved 4,322 lives from floods in the Houston area since Sunday.

That's just the Coast Guard; the count doesn't include vital rescues by police and fire crews, state and national guards, and ones by volunteers. But the announcement answers the complaint made by some that they never saw an official rescue squad and were rescued by volunteers:

Often the official squads were deployed in the most serious situations, and I think that would have been particularly true for the Coast Guard. In many cases there was no way to reach stranded people except by helicopter, and that's where the Coast Guard was critical.


Yet the low official death count from the flooding (now around 22) has tended to mask the worst of the crisis that descended on America's fourth largest city. Houston's police chief said the other day that he feared more bodies would be found when the floodwaters receded. I hope that won't be the case, but what is already clear is that a search and rescue effort had to fill the gap caused by the Houston city government's failure to develop and implement a 'targeted' evacuation plan.

Update, from the Washington Post today at 4:57 AM EDT:


Authorities said more than 13,000 people had been rescued from floodwaters, according to the Associated Press, but that number was surely low. Many had been rescued by strangers with boats, who had rescued so many that they themselves had lost count. 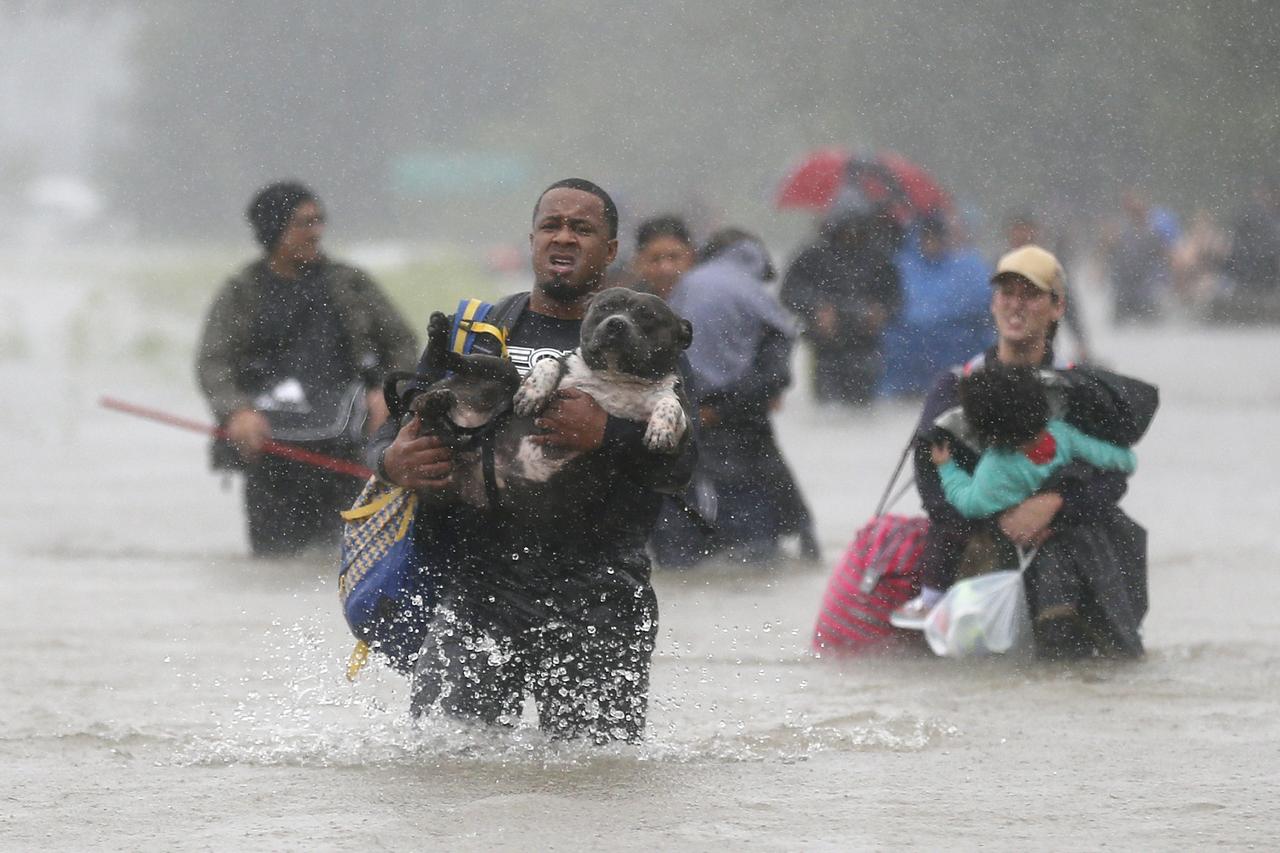 Texans refuse to leave pets behind as they flee Harvey; August 28, Reuters