"We've got our country back!" Historic 'Leave' Brexit vote

Many 'Leave' voters had a hard time believing the good news.... 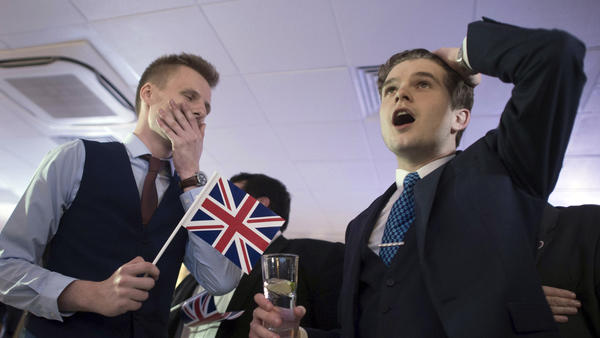 Nigel Farage ‏@Nigel_Farage  45m45 minutes ago
We've got our country back. Thanks to all of you. #IndependenceDay

Britons Spurn EU as Leave Camp Gets Over 16,700,000 Votes in Referendum

Brexit supporters have gained enough votes to secure the victory in the historic referendum held to decide on whether the United Kingdom should remain a member of the European Union or leave the bloc.

Britain has voted by 52 percent against 48 percent to leave the European Union. The turnout amounted to 71.8 percent with more than 30 million people casting their ballots.
Britons went to the polls on Thursday to decide on a referendum that will decide whether or not the United Kingdom should remain in the European Union.
[...]
Brexit Watch tweet: TNS and Opinium got the referendum result right and saved the reputation of the whole industry pic.twitter.com/LZMivg60gt #euref
[see Sputnik for details]
********
Posted by Pundita at 6/24/2016 01:30:00 AM