ROFL "b" is in fine form today. Well. We can certainly tell that Aleppo is virtually liberated. The media serving the Axis of Scoundrels are throwing a fit.

I have not ever experienced a #fakenews onslaught as today. Every mainstream media and agency seems to have lost all inhibitions and is reporting any rumor claim regarding east-Aleppo as fact.

Syrian pro-government forces have been entering homes in eastern Aleppo and killing those inside, including women and children, the UN says.The UN's human rights office said it had reliable evidence that in four areas 82 civilians were shot on sight.

1. A UN human rights office does not exist. What the BBC means is the Office of the U.N. High Commissioner of Human Rights (OHCHR). That commissioner is the Jordanian Prince Zeid Ra’ad Al Hussein, a Hashemite educated in the UK and U.S. and a relative of the Jordanian dictator king. That is relevant to note as Jordan is heavily involved in the supporting the "rebels" against the Syrian government.

2. The office has not "said" that "82 civilians were shot" or other such gruesome stuff. It said that there were "sources" that have "reports" that such happened. From its press statement today:

Multiple sources have reports that tens of civilians were shot dead yesterday in al-Ahrar Square in al-Kallaseh neighbourhood, and also in Bustan al-Qasr, by Government forces and their allies, including allegedly the Iraqi al-Nujabaa armed group.

The OHCHR claiming that "multiple sources have reports" of XYZ, without revealing neither the "sources" nor the provenance of the alleged "reports" of XYZ, certainly does not translate into "The UN said XYZ happened."

There is also this recent report that cats were killed in Aleppo. 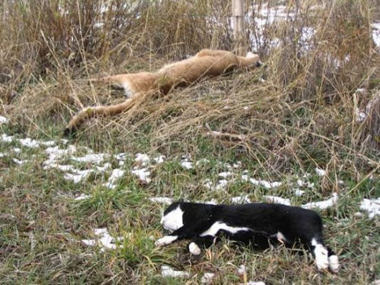 The spokesman of the OHCHR has been notified of the above report. We are now awaiting the BBC headline: "UN says Hezbollah gassed last cats in Aleppo".

The BBC is not the only #fakenews outlet in this. Indeed it seems that news agencies seek "safety in the pack" by all reporting the same nonsense through each and every channel.
Again- - the UN only says that it knows of such reports. It does not verify or vouch for these. Still the usual "humanitarian" influence operations, like Amnesty International, then join in on the "UN Says ..." falsehoods. Thousands of news outlets and websites copy from the fake agency reports and "humanitarian" outlets and try to sensationalize their take even further.

It's a total disinformation mess.

Plenty more in the report!