12:07 - December 17, 2016 (updated 12:18)
SputnikSyrian army units and loyal militias stationed at the Tiyas T4 airbase to the west of Palmyra have repelled a massive attack by Daesh militants, a militia source said Saturday.ALEPPO (Sputnik) — On Monday, Palmyra was recaptured by Daesh months after being liberated by Syrian forces. Daesh pushed the Syrian army out and forced units to regroup at the Tiyas T4 airbase dozens of miles westward from the ancient city. The base is now the main stronghold between Daesh territory and Homs. "The army and the militia have repelled a massive Daesh attack on the T4 airbase. The attack came from the southwest and the enemy retreated," the source told RIA Novosti.The base continues to be targeted by regular mortar and rocket attacks, the source added, noting that Daesh is currently several miles away from T4 in all directions except the southwest, where terrorists were able to approach to within two miles of the base.[...]***
According to Sputnik, which posted the following photo, Associated Press obtained it from a photo-sharing website run by supporters of Islamic State; it was posted on December 10, 2016, purporting to show fighters  driving east of Palmyra City in the desert area of Homs. Study the photo; you're seeing how they get large numbers of fighters into a city -- a few at a time, looking like displaced persons or Bedouins, their machine guns covered up, no flags flying. And notice the trucks nearest the camera are sort of beat-up looking, not the shiny new Toyotas they drive in formation. 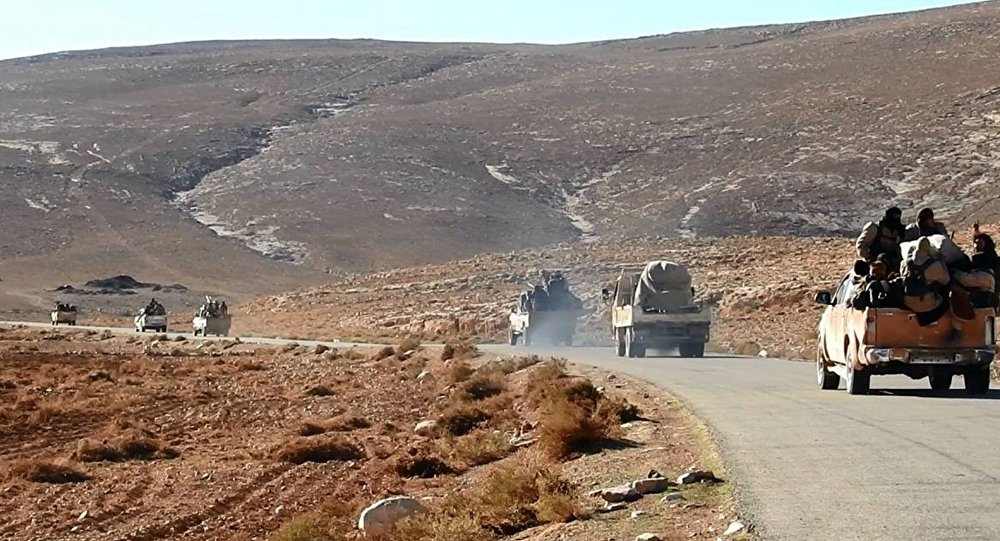