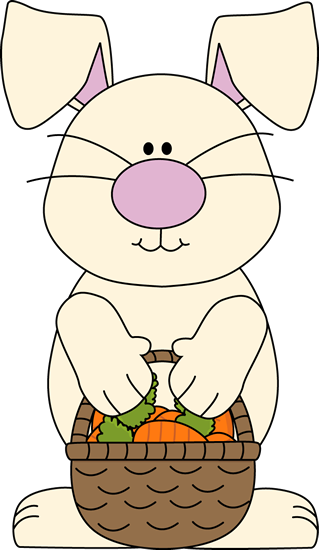 4 WARNINGS: Toxins lurk in the most innocuous places and can hide in otherwise healthy food (emphasis throughout mine)

Not all cinnamon is created equal

There are two basic types of cinnamon. Ceylon, or Cinnamomum verum, is grown in Sri Lanka. C. cassia, C. loureiroi and C. burmannii, communally known as cassia, are widely produced in China and Indonesia. Cassia has the stronger flavor and odor of the two and, due to its much lower cost, is what we buy in the store to sprinkle on our food.

But it's the more expensive Ceylon version, with a milder, sweeter flavor, that might be the best for your health.

Cassia can contain relatively high concentrations of coumarin, a plant compound that can damage the liver. A study of 91 cinnamon samples from various stores in Germany found 63 times more coumarin in cassia cinnamon powder than Ceylon powder. Cassia sticks, which look like a thick layer of rolled bark, also contained 18 times more coumarin than Ceylon sticks, which have thin layers.

Many Restaurant Meals Come With a Side of Hormone-Disrupting Phthalates; Gizmodo, March 29,

Phthalates are a group of chemicals used to help make plastics more flexible and durable. They can be found in everything from cosmetics to children’s toys to medical devices. Most of us, though, are exposed to low doses of phthalates through contamination of our food. Research, mostly in animals, has suggested that certain phthalates can muck with the organs and glands responsible for making hormones, particularly androgens like testosterone.

If any of the highlighted foods below has even a slightly bitter taste, spit out the mouthful immediately; hang politeness at the dinner table.

[...]
As it turns out, some members of the Cucurbitaceae family — which includes pumpkins, squash, melons and cucumbers — can produce a group of chemicals known as cucurbitacins. Not only do these chemicals taste bitter, but they can also have toxic effects on human cells.

Normally, farmers cultivate these plants to produce little to no cucurbitacins, because people don't like the bitter taste. But in some situations, such as when there's accidental cross-pollination of crops or when plants grow in the wild, some varieties may contain high levels of the chemicals. This creates a potentially toxic, bitter-tasting, inedible food.

The problem, however, is that the bitter-tasting vegetable looks no different from a normal one, and a person can't tell the difference until they take a bite.

Although it's rare, other cases of cucurbit poisoning have been described in the medical literature; in those cases, people developed food poisoning after eating bitter-tasting squash, zucchini and other gourds, according to the new report.

Weight loss is by no means the only benefit of limiting food near bedtime. Even if you don't follow the plan to the letter, just cutting out food/beverages near bedtime can return big health benefits.

“What we've learned in the last 10 to 15 years is not only what you eat, but when you eat seems to matter,” said Courtney Peterson, Ph. D, assistant professor of nutrition medicine and scientist in the University of Alabama at Birmingham’s Nutrition Obesity Research Center (NORC).“It doesn't seem like the number of meals per day that you eat affects weight loss or your health in general, so unlike what you see on magazine covers, if you eat lots of small meals throughout the day it's not going to rev up your metabolism."

Time-restricted feeding is not a plan of recommended foods to consume, but a system of limiting meals to a set time throughout the day.

Meals take 3 to 5 hours to digest, so by shifting eating patterns earlier food is metabolized by bedtime, leaving stored fat to burn.

Not only are you burning fat while you sleep but in fact that's when we find the fat burning is the highest," said Peterson.

The time constraints of TRF — a program similar to intermittent fasting — vary from 8-hour to 12-hour eating windows. The window starts when a dieter firsts ingest something that isn’t toothpaste and ends with the last bite or sip of beverage that isn’t water at the end of the day.

According to the University of Alabama research, following a time-restricted eating plan can help reduce blood pressure, ward off diabetes and has been linked to increased longevity.

If you say you can't go to sleep without first having a snack -- that's what I said. But given that this is the laziest way on record to lose weight, I got creative and popped a sublingual 1 mg melatonin pill into my mouth instead of a snack. I figured this way I'd be asleep before my stomach started yammering for sustenance to get through the night.

A sublingual pill is the one that dissolves under the tongue so the ingredients quickly enter the bloodstream. If you swallow a pill it has to go instead through the digestive rigamarole.

Yes, just one tiny pill has to gear up the entire digestive system if only for a half hour or so. Now think what a snack near bedtime does. That's working the digestive system overtime. We're supposed to live off our body fat during sleepy time, it seems.

If nothing else works you can try reasoning with yourself.
Explain that no well-fed person ever died of starvation during a night's sleep.

And now a few words about ginger, one of Nature's miracle medicines:


Q: True or false – In order to reap the health benefits of ginger, you must use fresh ginger root.

A: False. Ginger’s nutrient profile does undergo some changes during the drying and bottling process, but it still offers up plenty of health benefits and is definitely worth adding to your diet – in any form. The method used to create ground ginger from fresh ginger reduces the amount of gingerol (one of the ingredients that contributes to its health properties) in the root, but it also appears to increase levels of other compounds, such as shogaols, which appear to have impressive medicinal benefits and may be even more potent than gingerol. Plus, ground ginger is more convenient to cook with, so you’ll probably use more of it. Try adding it to smoothies, marinades, dressings, healthy muffin recipes (like my spiced Pumpkin version), and even oatmeal if you like.

If you can, try to mix things up and use a combo of both fresh ginger root and dried ginger in your diet – the more the better! Fresh ginger root is very inexpensive and keeps for a while in the produce drawer. You can even store it in the freezer to make it last longer.

[Pundita note: Mixing fresh and ground ginger sounds like a good idea. But I don't know about that last advice. When I froze a large piece of fresh ginger, it turned into mush after it defrosted, and was so hard to cut through in the frozen state I would've needed a saw. For crying out loud we're not living in the middle of the Gobi Desert where fresh ginger is hard to come by. I now buy enough fresh ginger to last a week in the frig.]

All right. That exhausts my patience with mucking around in the cache. Wait, one more! From Sputnik's breathtaking photo gallery of some of the world's enchanted forests.

Located between the provinces of Alva and Vizcaya in the Basque Country, the Otzaretta Forest is arguably the most beautiful in Europe.

Now that would be a great place to hide Easter eggs, and maybe even spot the Easter Bunny.