So Israel is just trying to defend itself against Iranian aggression, eh? 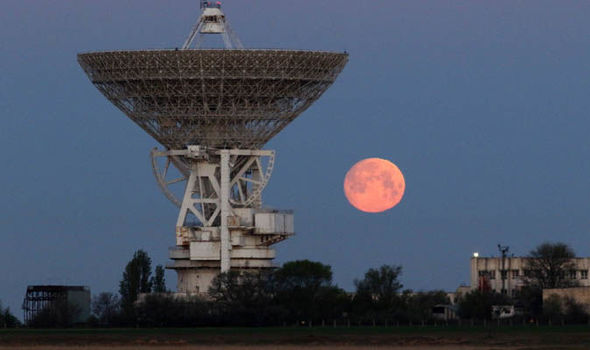 Netanyahu's regime hasn't owned up to the Pink Moon missile attacks on Syrian military installations. More about the attacks later but here I'll zip to Colonel Pat Lang's brief comments this morning at SST about a SouthFront report, Thousands of Government Supporters to be Evacuated From Al-Fu'ah and Kafriya in Eastern Idlib, also published this morning. The Colonel wrote:

This is part of the ongoing [Syrian army] process of concentrating surrendered jihadis and FSA fighters in a few areas where they can be dealt with on the basis of massed forces and firepower.

These Shia (not Alawi) villages are located just NE of Idlib City in the center of the province of the same name.  They have been besieged by the Sunni jihadis since 2015. It is my understanding that IRGC Quds force air has been supporting these villagers with ground advisers and supplies.

(Read 'Saudi-supported' for those Sunni jihadis. IRGC Quds is of course Iranian.) The Colonel made no reference to the Pink Moon attack but I ain't deef. I burrowed around the internet and found this report, also from SouthFront this morning, and which takes for granted that the Pink Moon attack was Israeli handiwork.  Highlighting in the report is mine:

Last night a new round of missile strikes hit positions of pro-government forces in Syria. According to pro-government sources, the strikes were carried out by the Israeli military and hit three targets:
According to local sources, all these positions were belonging to Iranian-backed armed groups and the Iranian Islamic Revolutionary Guard Corps (IRGC). Different sources say that 26-46 members of Iranian-backed forces and even Iranian service members were killed in the attacks. The Iranian media rejects reports about casualties to Iranian personnel deployed in the country.
A major part of the casualties was reportedly caused by an explosions of the ammo depot in Hama:
[two videos of the attacks on the Hama depot]

According to the Liwa Fatemiyoun commander, “the military facility is not damaged, there are no casualties among the personnel.”

The number of the fired missiles, according to Syrian sources:

There are also reports about some surface-to-surface missiles fired from Jordan. However, these are unconfirmed rumors.

The Israeli Defense Forces (IDF) rejected to confirm that the Israeli military had been behind the last night missile strikes. This is a common media approach by the Israeli military.
Earlier in April, the IDF also rejected to confirm that its forces had carried out the April 9 missile strike on Syria’s T4 airbase. However, all the following activity of the IDF and Israeli leadership clearly showed that the strikes were carried out by Israel.
It’s important to note that the recent missile strikes took place amid important developments in eastern Idlib and southern Damascus:
Some pro-government experts and activists described the strikes as an attempt to undermine the reached evacuation deals.
On April 26, Israel Defense Minister Avigdor Lieberman threatened Iranian forces and bases in Syria with new attacks and said that “the Iranian regime is in its final days and will soon collapse“.
[END REPORT]
Ladies and Gentlemen I believe that's Bingo.

Israel's defense establishment didn't used to be stuffed with scoundrels, in my opinion. But that was before they came under orders from the Netanyahu regime to assist Saudi objectives in Syria.

In this, I believe, the regime -- in a big hurry to score against Iran  -- has made a major unforced error with the Pink Moon attack.

The shortest route in this case isn't the best one. You see, Riyadh and Jerusalem aren't natural allies. Tehran and Jerusalem are. Does the Riyadh regime know this? Of course they know. They've always known.

More on the Pink Moon attack from Sputnik, today:

A series of powerful explosions that rocked military installations in Syria’s Aleppo and Hama provinces were apparently so powerful they were treated as earthquakes by a European monitoring center.

The tremors, ranked as a Magnitude 2.6 quake by the European-Mediterranean Seismological Center, were apparently detected in the aftermath of "powerful explosions" that occurred at the "the arms depot of the 47th brigade of the Syrian army” near Hama in the aftermath of the alleged attack, though the exact cause of this quake has yet to be determined.

[map showing reported area of earthquake, which was also felt in Lebanon and Turkey]

According to Israeli newspaper Haaretz, the missile attacks that apparently hit several Syrian government military bases on Saturday evening might’ve been conducted by Israeli forces, though the country's representatives have refused to comment on the issue.

Earlier on Sunday, Israeli Defense Minister Avigdor Lieberman stated that Israel would continue to maintain its freedom to operate in Syria.

"We have no intention to attack Russia or to interfere in domestic Syrian issues. But if somebody thinks that it is possible to launch missiles or to attack Israel or even our aircraft, have no doubt we will respond, and we will respond very forcefully," he said at an annual Jerusalem Post conference.

Sputnik also reported today on another earthquake, of sorts:

During a closed-door meeting with heads of Jewish organizations in New York, the heir to the throne of Saudi Arabia reportedly criticized the Palestinian administration for its alleged refusal to accept the peace proposals it was offered on many occasions.

Mohammed bin Salman, Crown Prince of the Kingdom of Saudi Arabia, berated the Palestinian leadership for missing "one opportunity after the other" during the last several decades and rejecting "all the peace proposals" they were given, a Israeli Channel 10 News correspondent has reported, citing sources familiar with the matter.

"It is about time the Palestinians take the proposals and agree to come to the negotiating table or shut up and stop complaining," the crown prince declared.

Mohammed bin Salman also pointed out that the Palestinian issue is currently his country’s top priority, and that despite all this criticism a significant progress in the Israeli-Palestinian peace process would be required for Saudi Arabia and other Gulf states to normalize relations with Israel.

One source also told the correspondent that when those in attendance heard the crown prince’s comments on the Palestinian issue, “people literally fell off their chairs.”

MbS is right, on balance -- although this is something Al Saud has known for decades. As to why he's making the admission now -- I think it's called 'quid pro quo.'

But Palestinian refugees in Syria have been too busy fighting the bad guys there to complain. These Palestinians are fighting alongside the Syrian army not to mention Iranian, Lebanese, and Syrian Christian militias -- the latter wearing both Christian crosses and photographs of Lebanon's Hezbollah leader Sayyed Hassan Nasrallah.

MbS knows all that very well, as do PM Bibi Netanyahu and the Israeli defense establishment.