The Syrian military stumbled across the plot after they liberated Aftris from terrorist control and found a laboratory for the production of chemical weapons in the village. 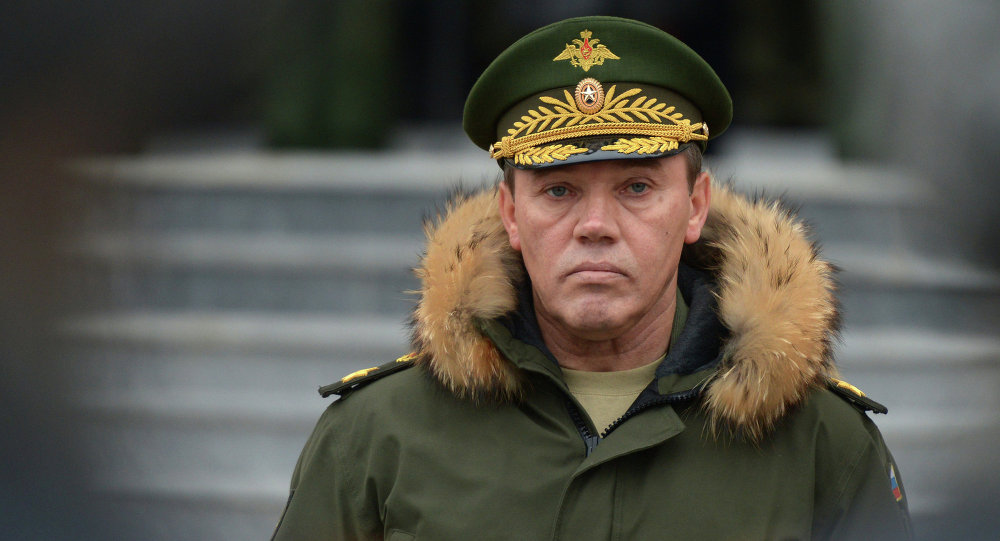 
Russian Armed Forces Chief of General Staff Valery Gerasimov has warned that Russia would respond to any US military strike flowing from a false flag chemical weapons attack blamed on the Syrian government and Russia. ... The general gave the warning nearly a month ago.
Speaking at a press briefing on March 13, Gerasimov warned that the Russian defense ministry had obtained "reliable information" about plans by terrorists in Eastern Ghouta to launch a false chemical attack on civilians in the region and blame it on the Syrian government. According to the officer, 'White Helmets' activists and the accompanying film crews had already arrived at the scene with the necessary satellite equipment to spread the news of this 'attack' to the world media.
Listen to the general's remarks in full:
[Video of the relevant excerpt from the press briefing; the same 1:22 video is posted at YouTube. Simultaneous English text translation of the general's remarks is provided.]
Less than a month later, on April 7, General Gerasimov's prediction came true in Douma, Eastern Ghouta. Opposition reports fed by the White Helmets of an alleged chemical attack by government forces were almost immediately picked up by Western media, prompting the US and its allies to begin preparations for a possible military response.
Damascus's insistence that it had nothing to do with the attack has fallen on deaf ears.
Meanwhile,  the Russian Center for Reconciliation has sent inspectors to Douma, failing to turn up any evidence of chemical weapons use. Rejecting Moscow's proposal of an independent international inquiry, the US, the UK and France have threatened to launch strikes against the Middle Eastern country.
[Pundita note: The OPCW has, however, taken up the Syrian government's invitation to inspect the site in question -- and anywhere else in Douma. The city is now patrolled by Russian military police.]
President Trump seems to have preserved at least some measure of doubt, however, vacillating between threatening Syria and Russia with "nice and new and smart" missiles and walking back his rhetoric. Defense Secretary Jim Mattis confirmed Thursday that the US president has yet to make a decision on whether to attack Syria.
[END REPORT]
********
Posted by Pundita at 4/12/2018 06:51:00 PM